This circuit exercise is focused on improving quality of football actions as well as technical and tactical aspects of 1v1 situations. From a physical perspective, it helps to develop speed and strength in order to make players more explosive and sharper. That can be especially used in short sprinting duels which happen all over the pitch.

Organise three hurdles and a coordination ladder as shown on the diagram below, place one cone in front of the hurdles, one in between hurdles and a ladder, and a third one next to the ladder. Distance between the cones should allow 10 second break between the work on the ‘stations’. Set one group of players with one ball each behind the first cone. Organise goalkeeper in goal and one defender in front of the penalty box. 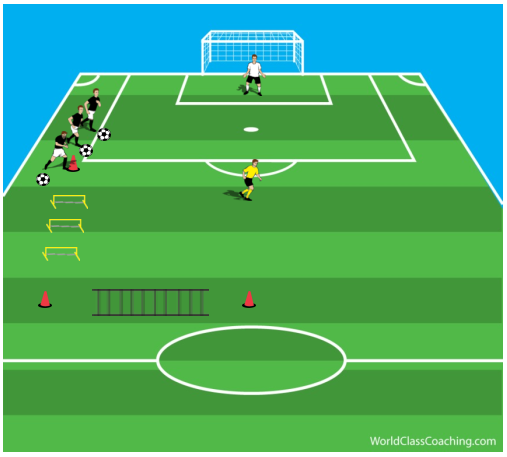 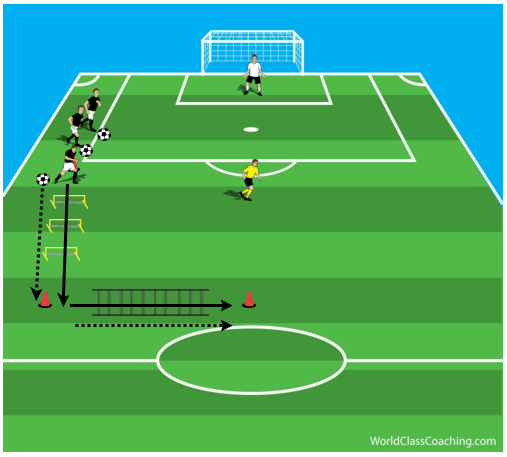 The last part of the circuit is a 1v1 duel. The aim of the attacking player is to dribble past a defender and score. Defender tries to win the ball and stop it by putting his foot on it. Attacker becomes a defender, defender collects the ball and joins back of the queue. 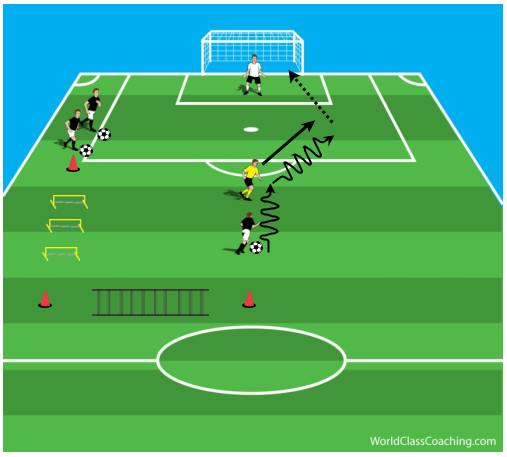 The activity on each ‘station’ should last between 2-4 seconds with 10 seconds break in between. That should be repeated 6-10 times in 2-4 series. The break between series should last 4 minutes.