Penetrating Through the Lines

This session is purposely detailed to give you, the coach, as much information on why, where and how specific things should happen. 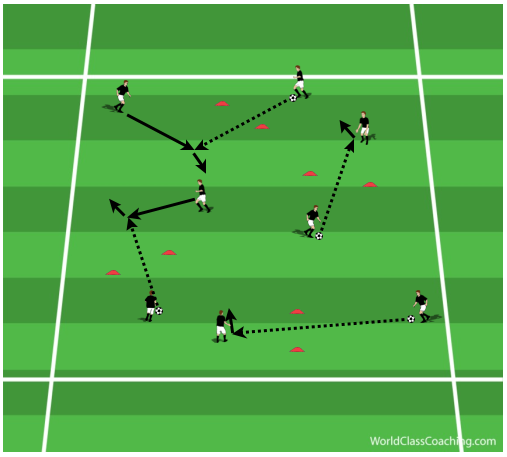 Here we will work on decision making, when and where to play the penetrating pass to break the lines of the two defenders. 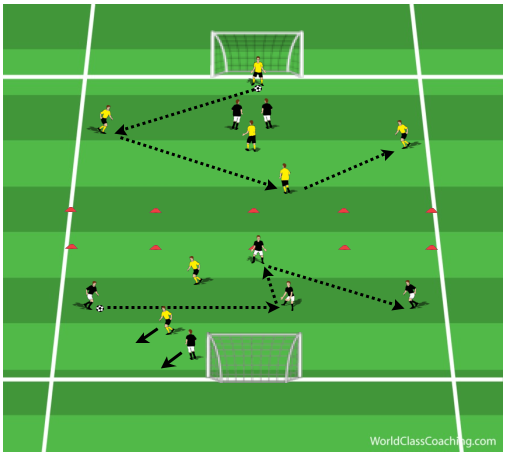 Here you see the arrangement of the area is as before, allowing you to move straight onto this part of the session. The only addition are the 4 cones on each side, I will explain why they are there later. 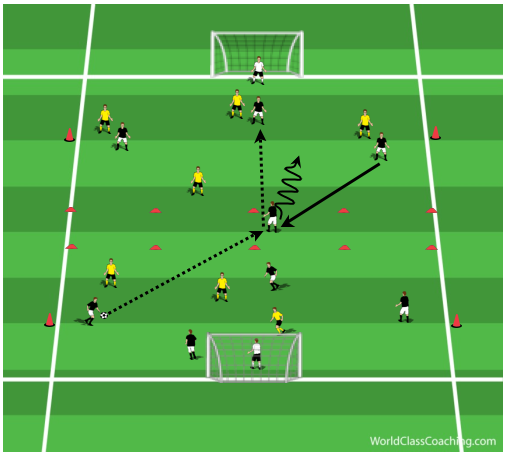 Now a defender is allowed to follow an attacker into the zone. 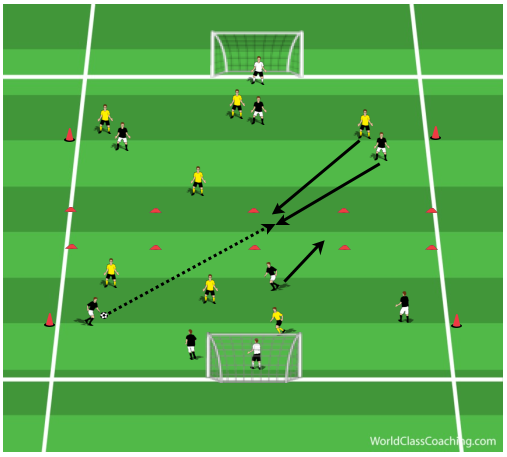 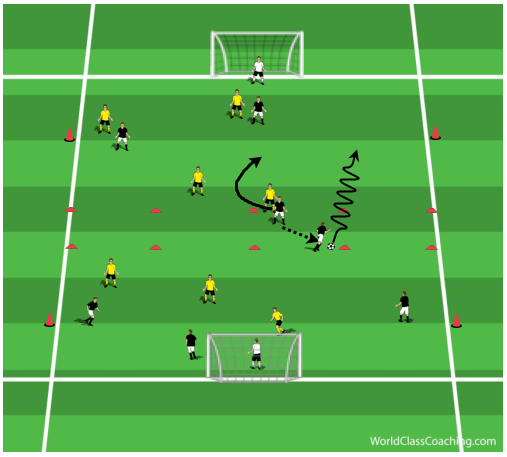 Players from the defensive half of the field can move forward and receive the ball, on the run, inside the zone. 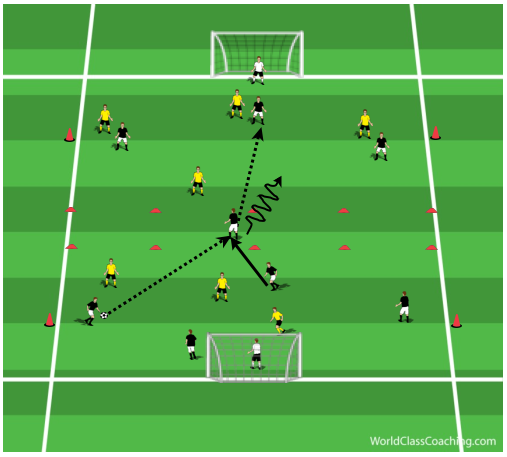 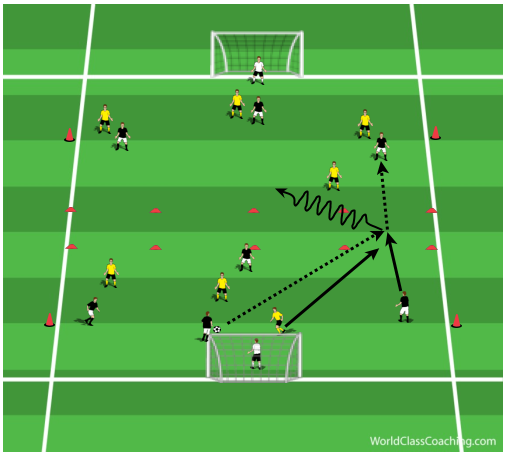 Now allow your players freedom to perform all possible options.

Phase of Play: Penetration through the Lines Time: 25mins

Have 3 goals at the opposite end for the yellow team to attack and score in.

Continuing on from the message of the previous sections of the session we are looking to penetrate through the lines (midfield & defense) of the opposition. To do this we will use split passes and forward runs, maintaining body shape along the way to assist in effectiveness. 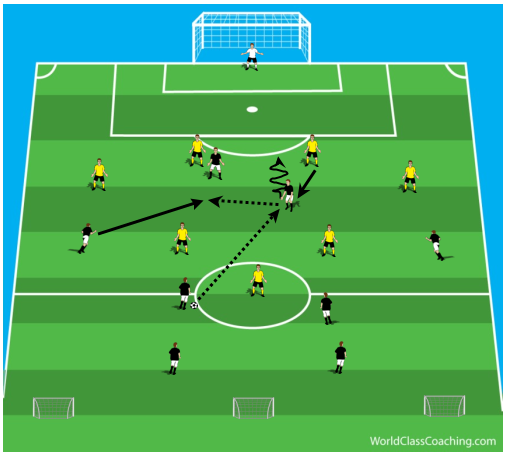 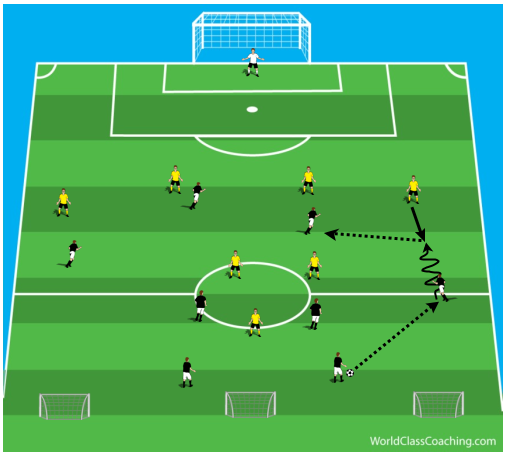 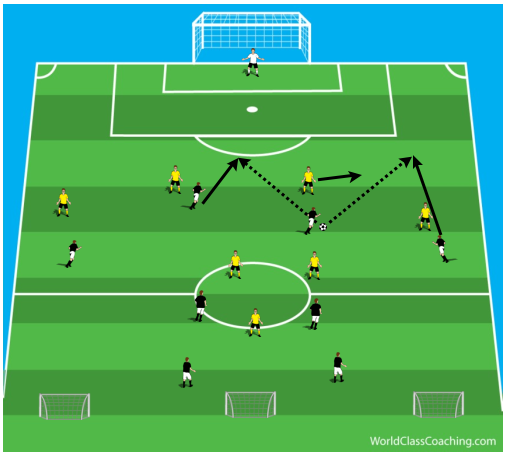 Now encourage your players to use which option is best depending on the positioning of the opposition players, therefore using their intelligence and decision making depending on the scenario presented in front of them.

Reinforce all points throughout the session: