This exercise is focused on improving aerobic endurance. Developing this physical component will enable the players to maintain high quantity of actions throughout the whole match. In addition to that, it includes technical content such as passing, receiving, support and transition.

Organise a square of 15-20x15-20m. Divide the group into two teams of 4. Two players from each team should position themselves behind the opposite sides. Another two players should stay inside the square. The practice is 2v2 possession game with 4 lay-off players. The attacking team’s (black) objective is to transfer the ball from one side to another (opposite). They can also use 2 yellow lay off players positioned sideways. If the defending team (yellow) gains possession, they score in the same principle, but using yellow players as a targets and black players positioned outside as a lay-off players. This exercise can also be done using 10 or 12 players but in that case the area should be bigger. If the ball goes out of play, supply next ball immediately. 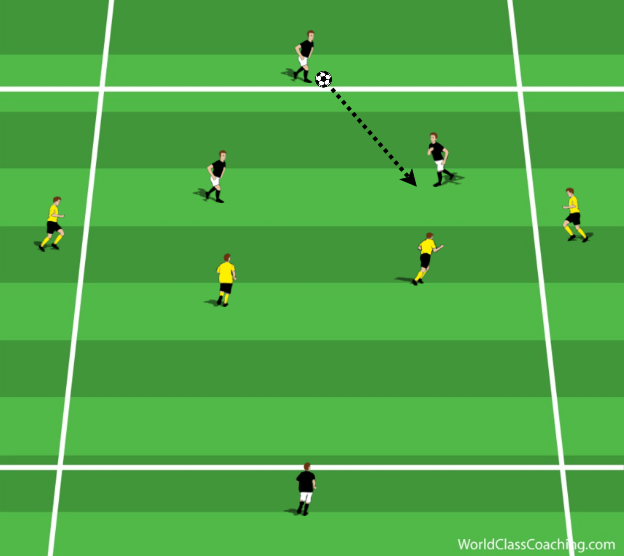 Upon receiving the ball from the target player, two players inside should combine and find a way of getting the ball to the opposite side. 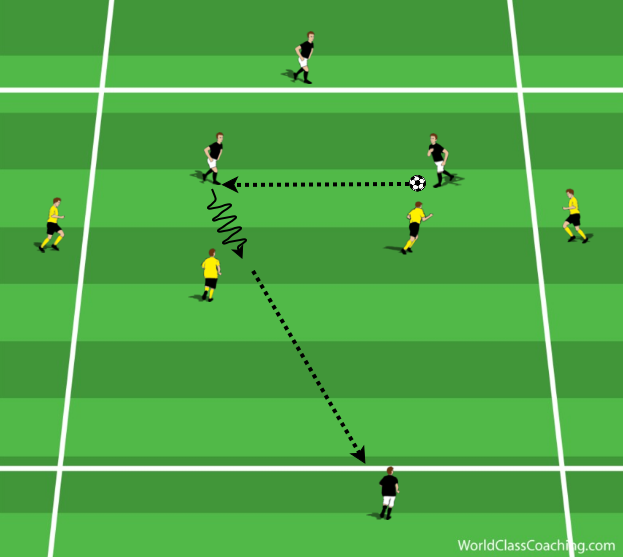 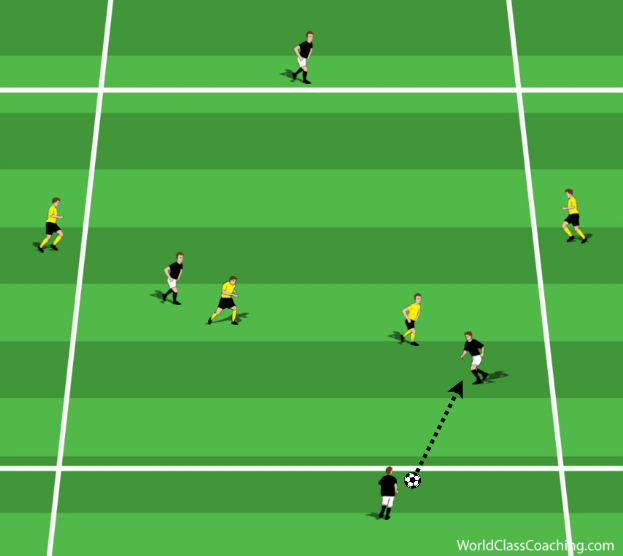 As we can see on the diagram, when defending players gain possession, their way of scoring points follows the same principle (using yellow players as targets and outside black players as a lay-off). 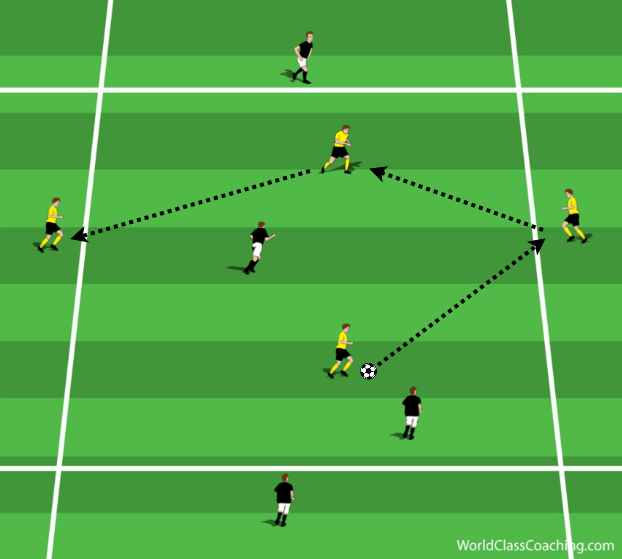 This exercise should include 5 repetitions of 6-8 min. of work. Rest between repetitions is automatically included into this practice (swapping outside/inside players) and should be equal to 5 min. Players who work inside (2v2) need to remain their heart rate between 160-180 beats per minute.