No formation will fit every group of players. A coach that plays the exact same formation with every team will be frustrated by certain players inability to, 'fit the formation'. For years my teams always played 4-4-2. There are some variations you can used depending on how you play your forwards and your central midfielders but that's pretty much it. Sure, you could play sweeper/stopper with the center backs but very few teams play with a sweeper in the modern game. You can change every
formation to a small degree but I feel that the 4-3-3 is the most customizable of all of the popular formations.

There are so many ways to vary the 4-3-3. You can play with the midfielders spread across the field with a right, left and center. They can be in a triangle or inverted triangle. You can also play virtually in a line with a defensive mid, play making mid and attacking mid. There are just as many different ways to play your forwards. The outside backs can be as attacking or defensive as you like.

One of the popular variations at the moment is the 4-2-3-1. Wayne Harrison, a former English academy coach, recently presented an indepth look at this formation. You can see all twelve videos that cover attack, defense and transition by clicking on this link or the graphic below. 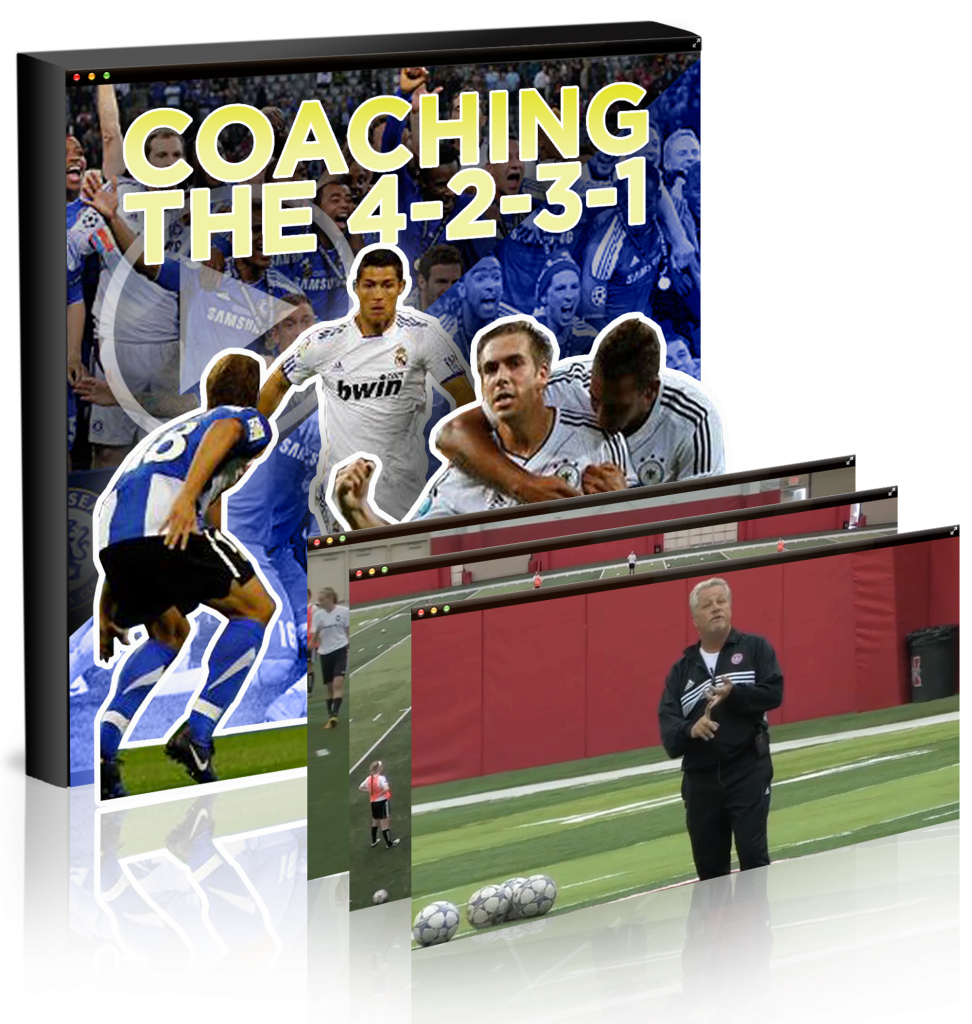 Here's are the diagrams and descriptions of one part of the series that is focused on playing out of the back.

WITH BOTH FULLBACKS ATTACKING AT THE SAME TIME:

TWO WAYS TO BUILD FROM THE BACK
With both fullbacks attacking from the back from both sides and a defensive midfielder staying back to drop in as a sweeper if need be. This is the usual method Barcelona and Real Madrid use as does the Spanish National team in this 4-2-3-1 system of play.

With both fullbacks attacking from the back from both sides and a defensive midfielder staying back to drop in as a sweeper if need be. 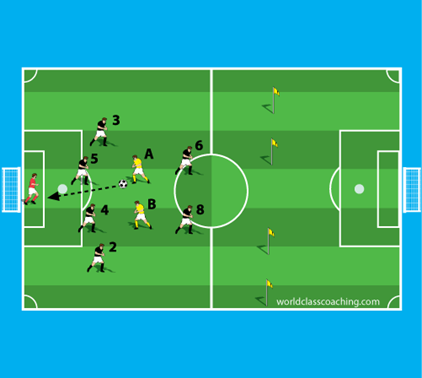 1. The back four spread out as much as they can and use the full width of the field. 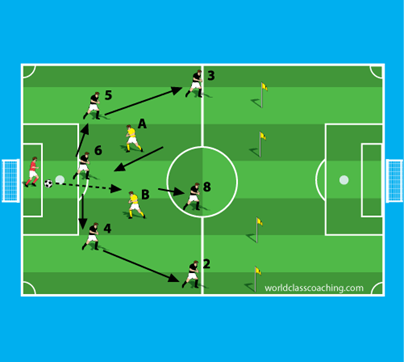 1. Change in shape as the players move forward, defensive midfielder (6) drops in between the
center backs as security for them, particularly if the opposition leaves 2 forwards up. Most often
teams play directly through the number (6) in this situation.

2. Here 2 fullbacks break forward, the center midfielder (6) stays in front as we have
possession, and as soon as possession changes and opponents win it and look forward, the
center midfielder (6) drops back into the sweeper role. It is likely our opponents will have two
players up so it now becomes a 2 v 2 at the back, which is risky therefore we make sure a
defensive midfield player; in this case (6), stays back to help them CREATE A 3 v 2 going
forward but also should the opponents win the ball and counter attack quickly a 3 v 2 as
security. 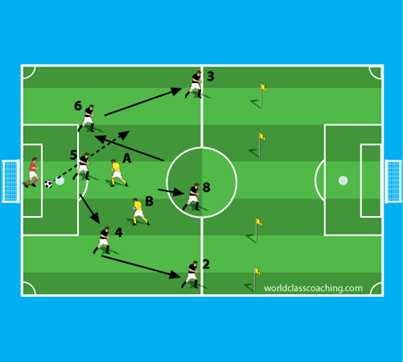 v) Likewise on the other side, and if closest to the middle then drop straight back into the
sweeper position.Build this up to an 11 v 11 session as is shown in other parts of the book, but this is a simple way to start the process of developing player from the back through the number (6).

BUILD IT UP AND ADD PLAYERS AS OPPONENTS, MAYBE 6 v 4.

You can see all of the videos and view the diagrams and descriptions by getting, "Coaching the 4-2-3-1".

Have a great day,