This game is a progress of the one from 'Possession From Target to Target' last week. 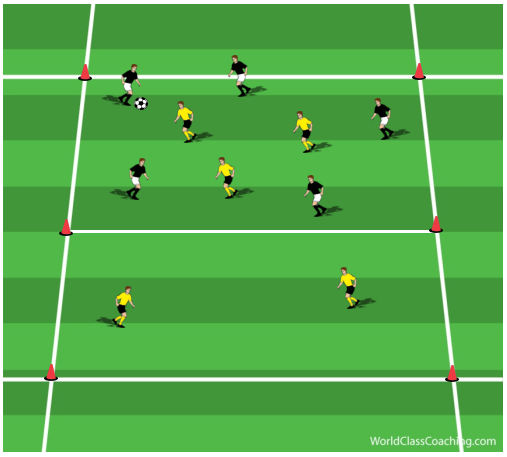 The Attackers exchange passes between them trying to maintain the ball possession as long as they can. The Defense is divided into two groups: three Defenders try to win the ball while the other two wait in the other half of the field. 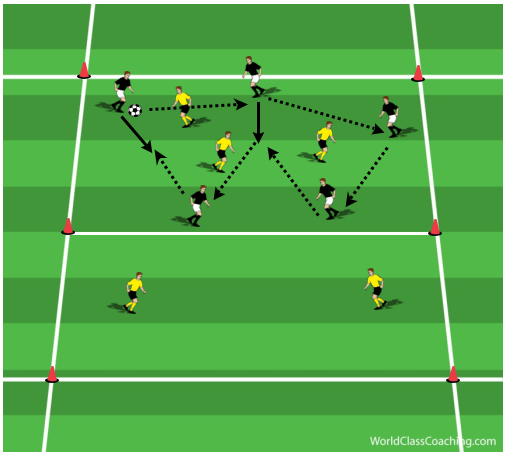 As soon as one of the three defenders intercept and maintain possession he makes a long pass to one of the two defenders positioned at the other half of the field. 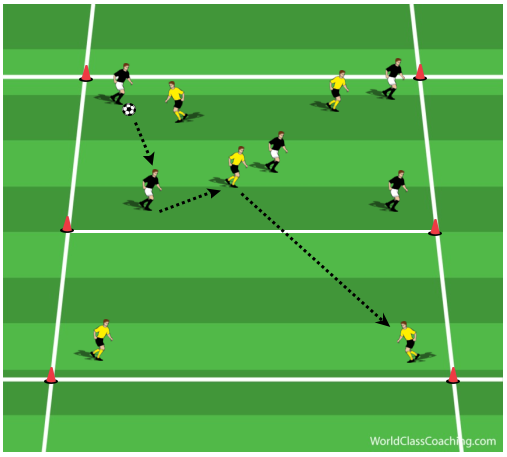 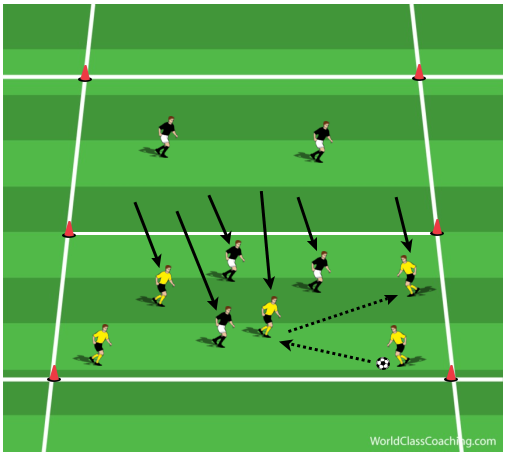 If the Defenders only touch the ball but not keep it the count starts all over again.
In the end of the time, the team that score the most number of points wins.