Dealing with Balls Cut Back from the End Line

A common soccer tactic is for the attacking teams to have a player drive towards the end line and play a ball at a backwards angle toward the top of the 6-yard box. This type of play allows for the ball to already be behind the defenders and allows the attacking players to be able to attack the ball at an angle that is moving away from defenders and the goalkeeper. Plus because of the fact that this ball is often driven from a close distance it can be difficult for the goalkeeper to hold on to it. This exercise will train this scenario with a progression that looks at making the second save.

There are two cones placed about 4 or 5 yards off of each post. These represent spaces the goalkeeper is expected to deal with. 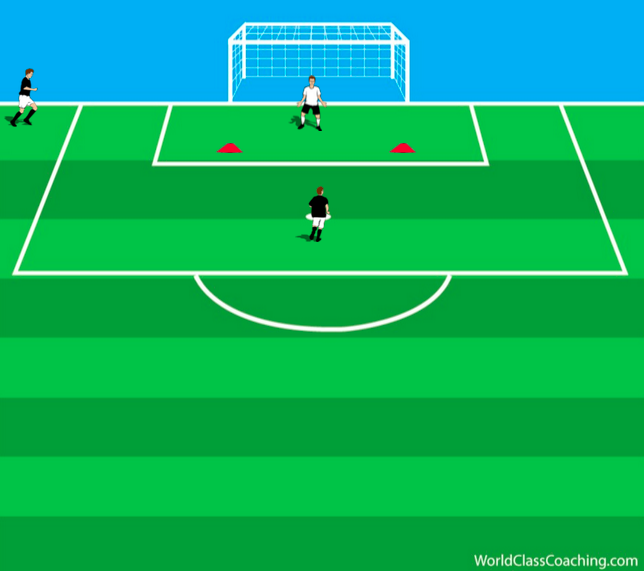 In this scenario there are three “goals”. 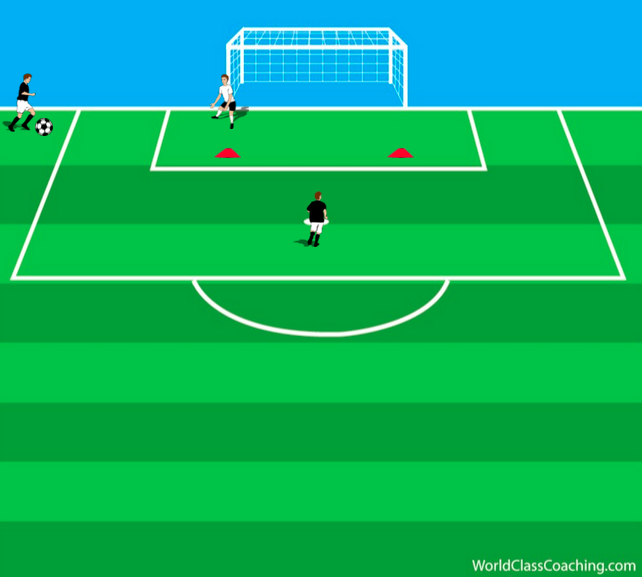 We have to deal with these in this order. The first goal is dealt with by getting to the near post and being in a position that allows you to be ready to dive to cover the space up to the first cone. All while being ready for a potential shot at the near post. 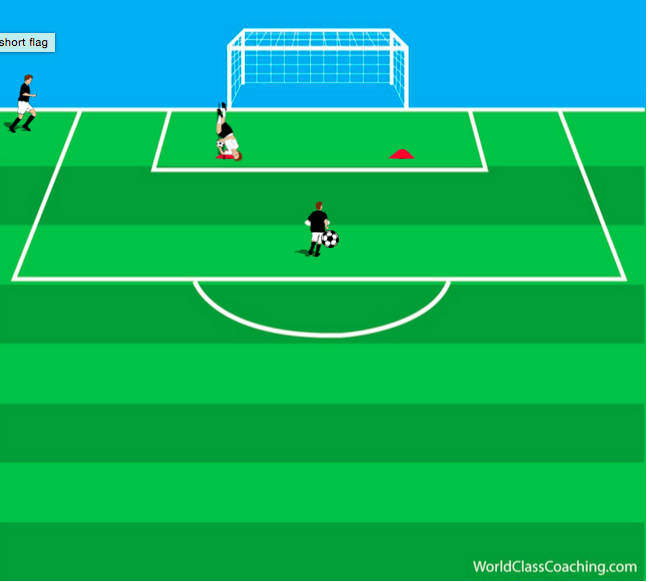 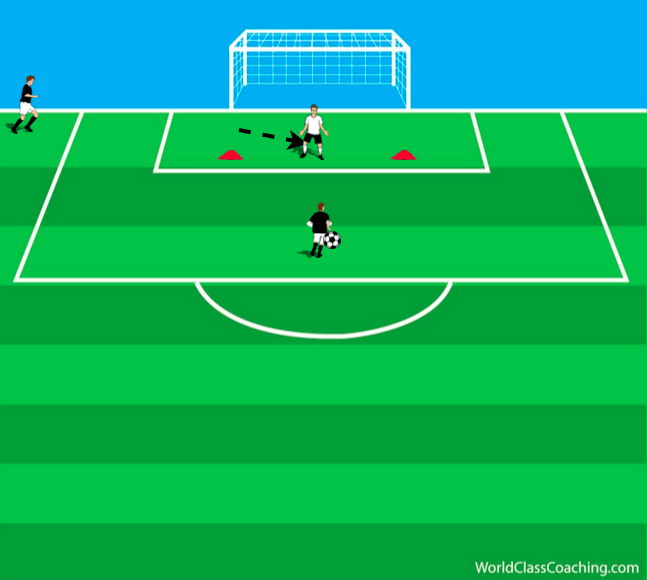