This exercise is a great way to develop ability to accelerate and sprint over short and medium distances. Its organisation ensures the players are engaged and not only develop physical aspects but also dribbling and running with the ball skills. The practice helps players in possession to get away from a defender, while defender works on sprinting in recovery runs. ‘The Great Escape’ game works with almost every age group and ability level! 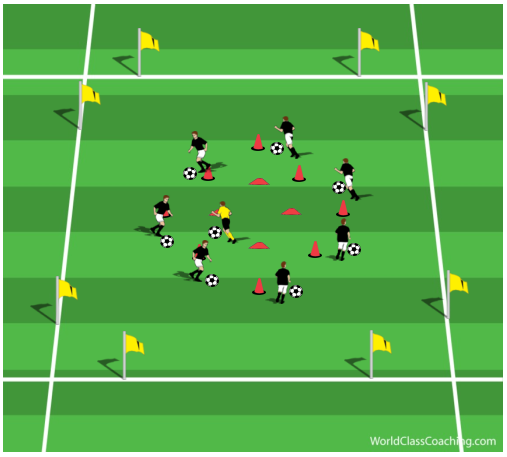 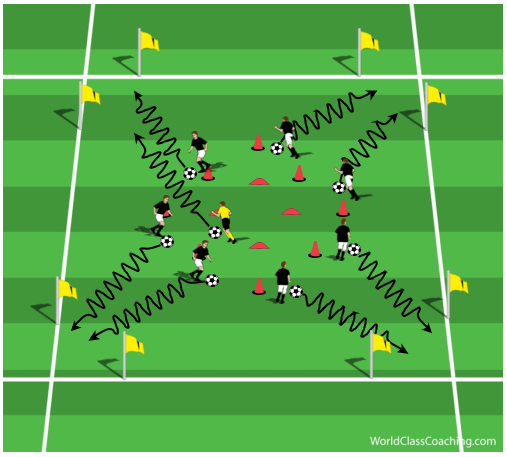 As it can be seen on the diagram below, defender doesn’t need to dribble, his primary aim is to make a recovery run and stop attackers go through the gates. No more than two attacking players are allowed to dribble through one gate. 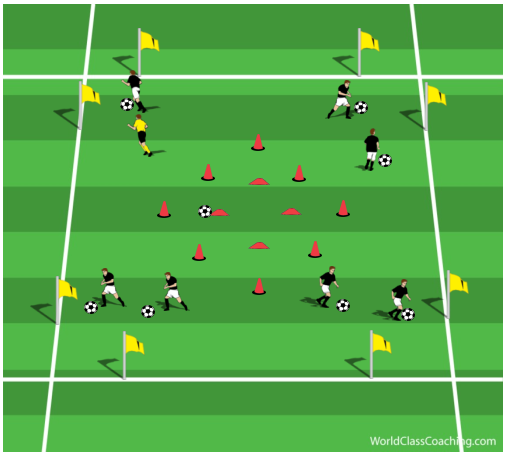 As a modification, defenders can start on the bigger square, while attackers on the smaller one. The aim of the attackers is then still the same, but the starting position is in the middle square. Also the number of defenders can be increased. 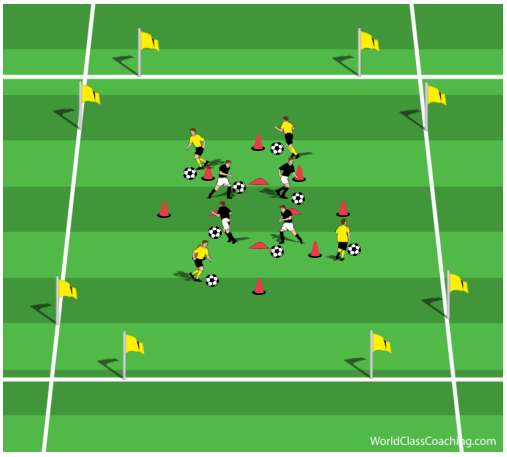 Each ‘escape’ should be repeated 8-10 times in 2-4 series. The active rest (dribbling around the square/ball manipulation) should last 30 seconds between repetitions and 4 minutes between series.