This practice is based on developing an ability for repeated and regular high intensity efforts. That is achieved in a technical practice combining elements of running with the ball, passing and acceleration off the ball. It can also be used as a part of tactical programme focused on developing counter attack and transition play. Ideal number for this practice is between 8 to 10 as it then automatically manages work to rest periods.

Organise two channels of 15-30 yards. Place two gates between them as shown on the diagram below. Divide the players into two groups and place each group at the beginning of the channel on the opposite sides. First player starts with the ball. Rest of the players are positioned in behind him. 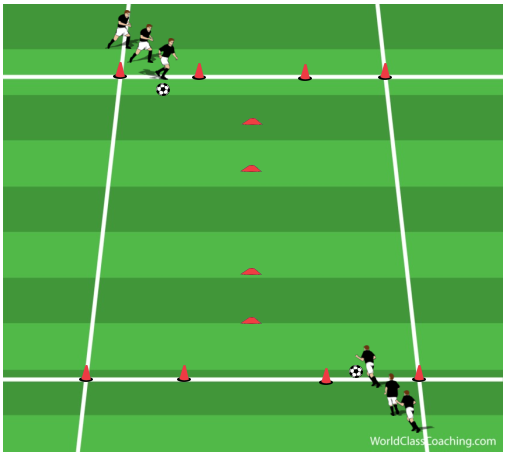 First two players, one from each group, start running with the ball forwards at maximal speed. The run continues up to the gate between two channels. 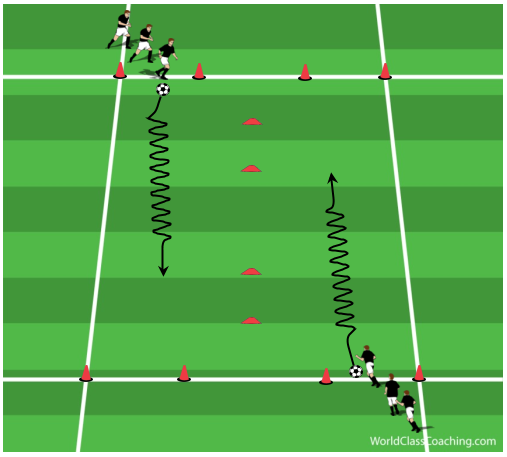 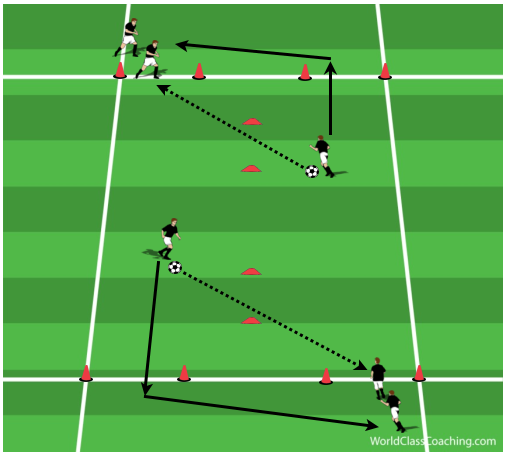 As a variation to increase the speed of action (runs without the ball), the ball can be passed through the first gate. Timing and weight of the pass are crucial. 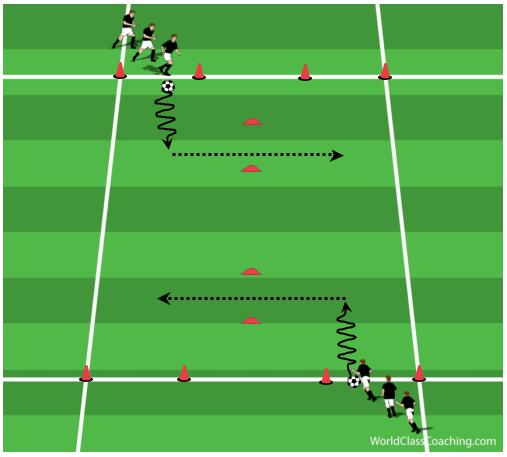 The player then sprints to the second ball (passed by the player from the opposite channel) and then passes it to the next player in the opposite group. 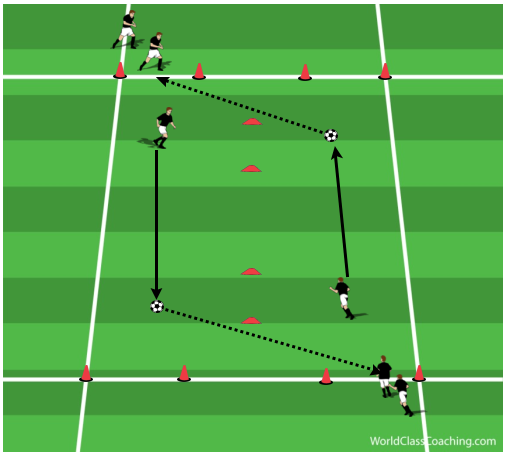 Every player should make 4-6 runs in 2 series. The rest between repetitions should be 1 minute (managed automatically if there are 8-12 players), and between series – 4 minutes.