This practice is focusing on developing reaction time and quick bursts of acceleration over short distances. Its’ design ensures the practice is fun and challenging at the same time what makes it suitable for almost all age groups. Relating to the match context, the exercise will help the players to make quicker decisions, react and accelerate to win possession or make a tackle.

Set up four cones, two on one side, and two opposite them. Organise two players, both of them between two cones, opposite each other, one on each side. Place the ball in the middle of them. One player is a ‘leader’, second one is a ‘follower’. This is the set-up for two players but it can be multiplied by as many players are in the group to keep everyone involved. 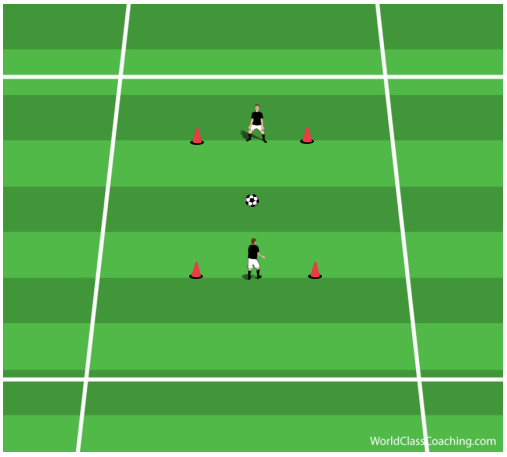 The ‘leader’ has to make a movements towards one of the cones and touch it (decides when and which cone). The ‘follower’ on the opposite side needs to mirror the movements of the ‘leader’. 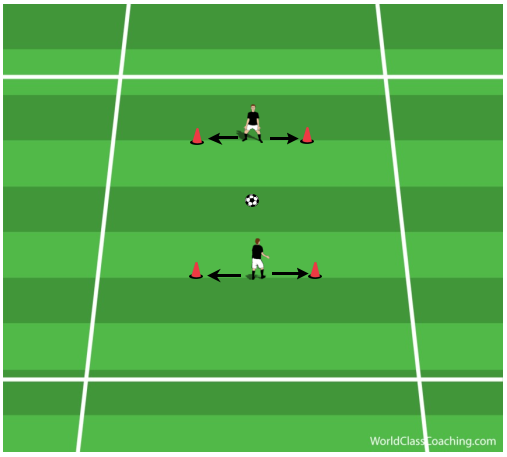 After the ‘leader’ touches the cone, he runs to the middle ball and tries to get there before a ‘follower’. The ‘follower’ needs to touch the mirror cone on his side before he can accelerate to get the ball. 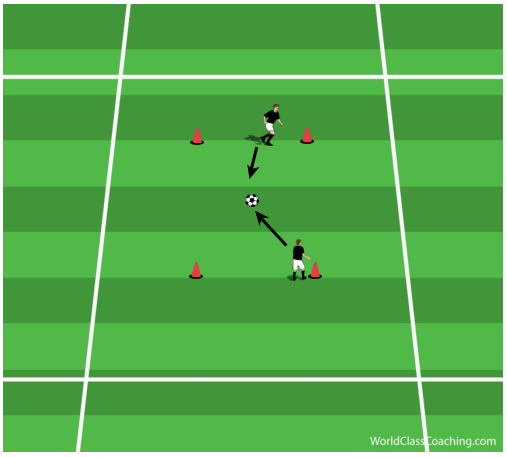 First player to the ball (in most of the cases that would be ‘leader’) needs to dribble past the opposition gate to score. The opposition player can defend and try to win the ball. 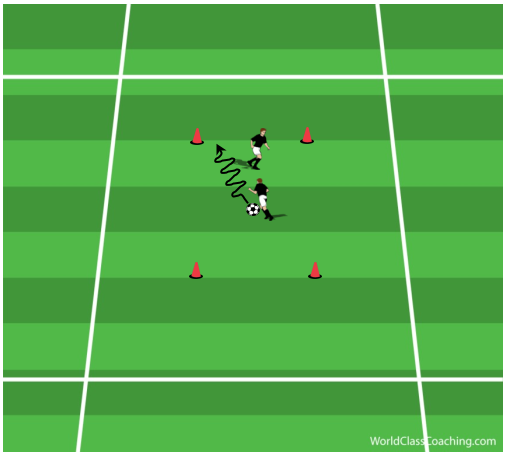 The exercise should be repeated 8-10 times in 2-4 series. The rest between repetitions is up to 30 seconds and between series – 4 minutes.