Reactions need to be one of a Goal Keepers top attributes. Sometimes proper technique goes out of the window and a save needs to be made, these drills can be used and adapted to push a Keeper to their limits and can be called upon in a match.

Head/Catch
This simple warm up starts with two Keepers facing each other a couple of yards apart taking it in turn to serve. The server must toss the ball and shout ‘head’ ‘or ‘catch’ the receiving keeper must then do so. After a minute when a Keeper shouts ‘Head’ the receiver must catch and when shouting ‘Catch’ the Keeper must head back.

Right/Left
Again this can be done in pairs or with a coach. The server holds two balls out and drops them both at the same time whilst calling ‘Right’ or ‘Left’ the Keeper must then pounce to save. Again after a minute when the server drops the ball the Keeper must do the opposite. So pounce right when told to go left.

Quick Catch
A Keeper in a small goal has three servers about 3/5 yards apart, as per the diagram. They all take it turns, firstly in an order, to throw the ball to the Keepers left, right or centre. The Keeper can catch and return quickly or can palm back to the server. As soon as the Keeper has returned the ball the next server goes. To keep the Keeper guessing changes the order of delivery and then to test everyone’s reactions have the servers serve randomly. 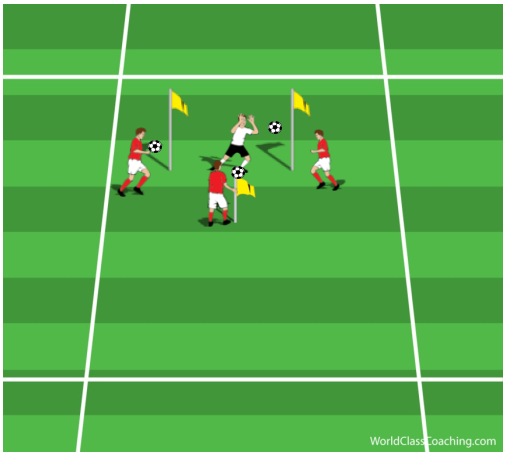 This can progress to diving saves. Allow the keeper to make the save, return the ball and get up before the next shot comes in.

Next, move the central server back a few paces. The players on the outside continue to serve alternatively in the same manner and the centre sever pass the ball along the ground. The Keeper must return the pass and then make the save. Once comfortable with ground passes the server could volley and force the Keeper to make a save. 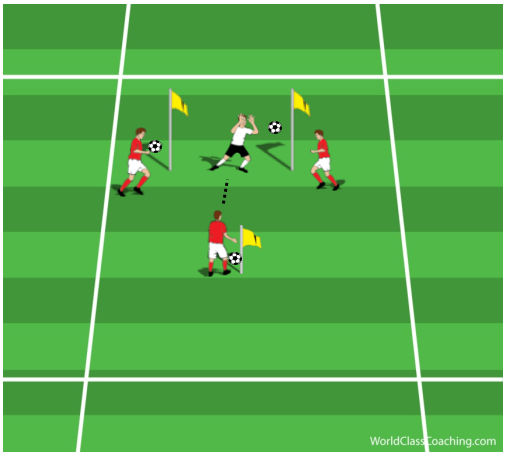 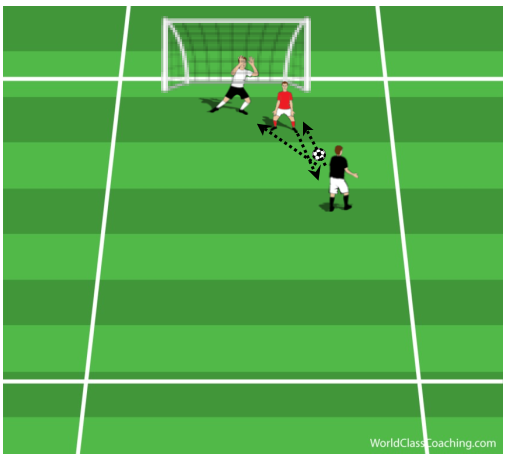 Hidden Shooting II
Not all coaches have a rebound wall. If you do this is a great time to use it! If not other players work just as well. Here we demonstrate with players. With one server behind the Keeper, they must play the ball quickly to one of the strikers who first time must strike towards goal. If this session is done with a rebound wall, the server must strike the ball hard against the wall for the Keeper to save the rebound. Both should vary the types of shots.