This drill will work on individual and group decision making about where to play the ball, holding possession, and completing a series of passes. This drill also emphasizes switching the point of attack and quickly transition play. 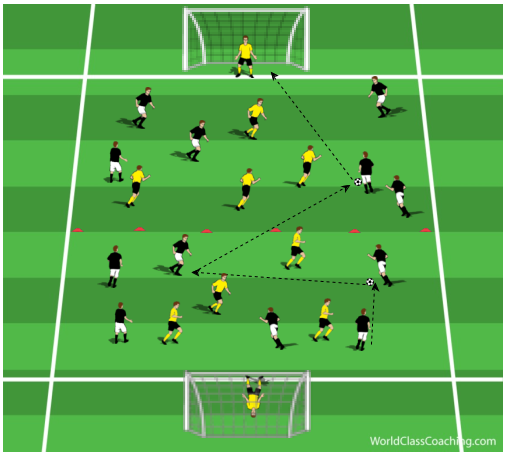 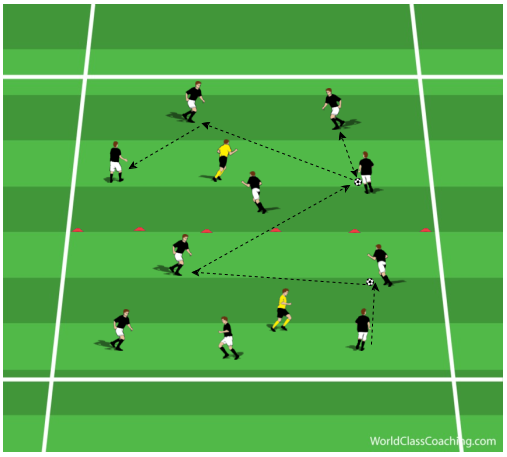 Same idea than the above example, but when a team receives a ball from the other half, the players have to put minimum 3 passes together before scoring. 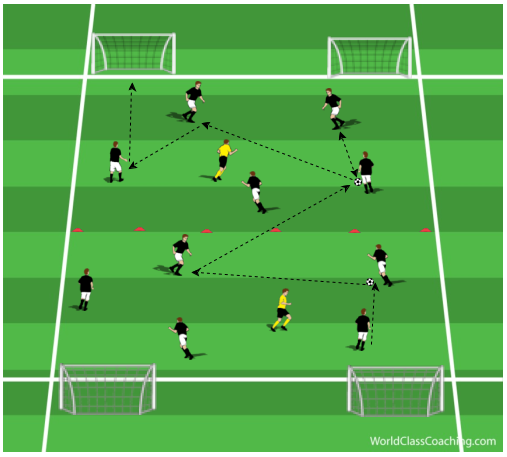 Add regular goals and Goalkeepers in each half.

Same idea than the above example. However, when a team receives a ball from the other half, the players can score at any moment (don’t have to put any amount of passes together). If the defenders steal the ball, they have to switch the ball to their teammates in the other half as fast as possible. It will make the attacking team to try to regain the ball possession as fast as they can (high pressure). If this task is completed, a point is earned to the defending team.

Dribbling and Passing With a Conditioning Element