Playing Out of the Midfield

Welcome to the FineSoccer Drills Newsletter. Today’s featured activity works on developing play out of the midfield. 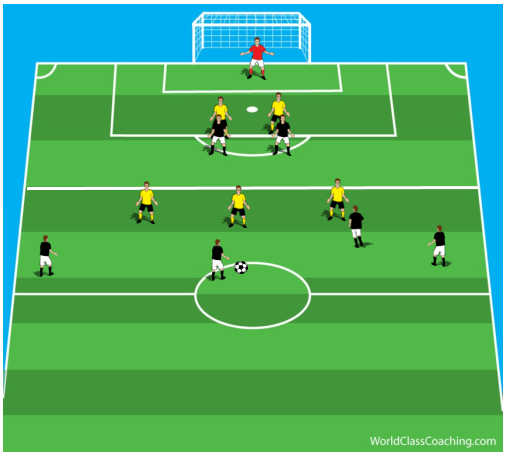 The attacking team starts with the ball in midfield and need to make three successful passes within the midfield area. 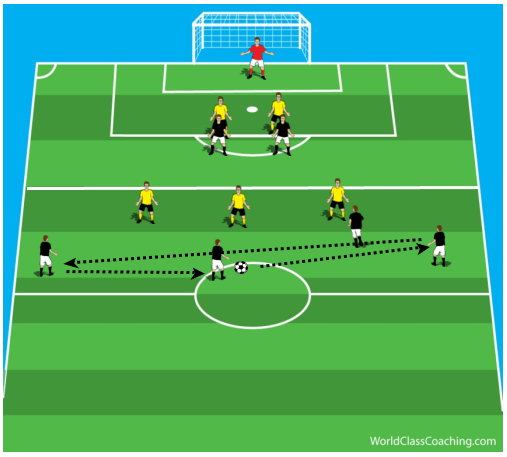 Once they have made their three successful passes they try to find one of the attacking players with a penetrating pass. 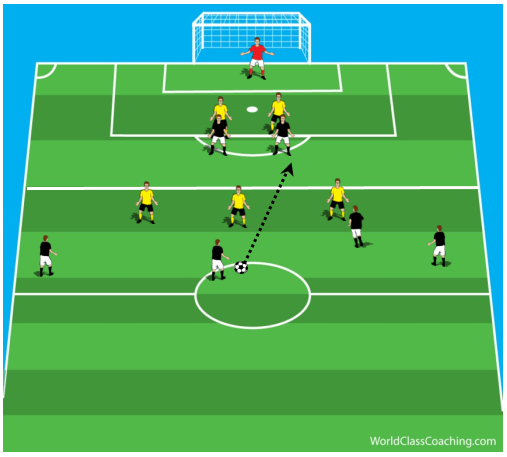 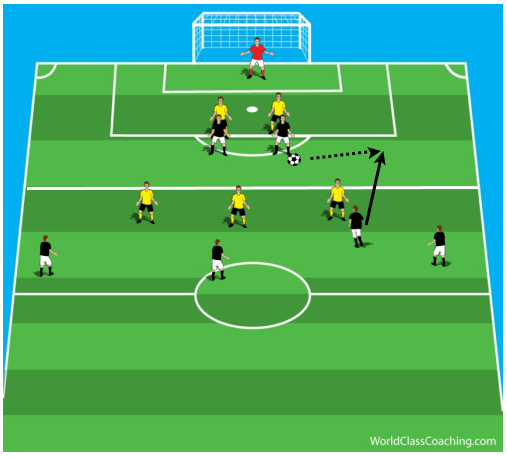 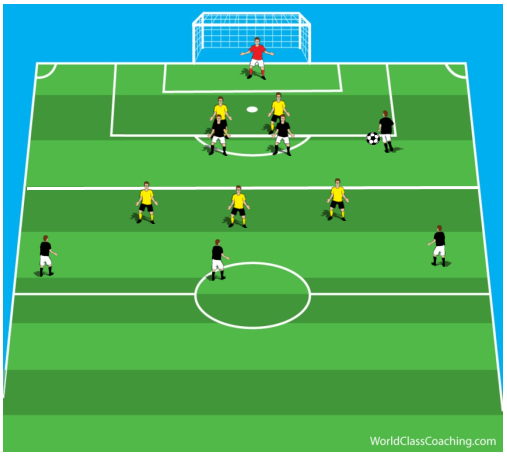 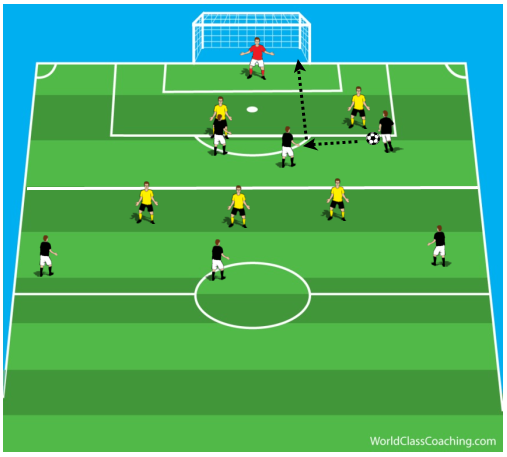 If the defending team wins the ball they try to keep possession in the zone nearest the midfield.

Once the players get accustomed to this, make it so that two attacking midfielders and one defending midfielder can join in once there is a penetrating pass. 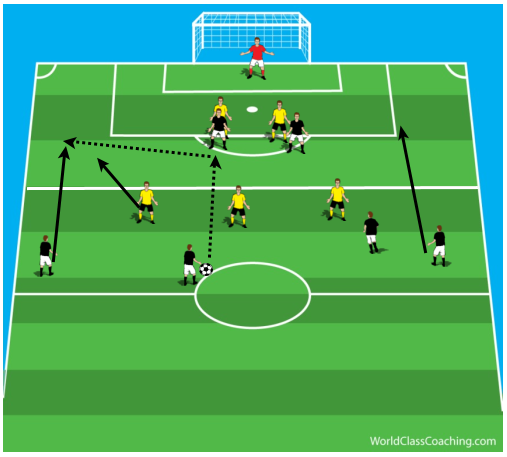 Finally, once everyone has had a turn in different roles, remove the limitation so once the penetrating pass is made, the play is live and any (or all) players can join in.

This is a great way to work on building the attack from the midfield.