The following practice is aimed at developing functional football strength. It is a modification of a classical 6v3 possession game which is designed to further develop core strength needed in shielding and protecting the ball situations. It is physically demanding practice which makes the players working using mainly anaerobic energy system. Apart from that, it also challenges their ball control and retention skills under the pressure from the opponent.

Organise an area of approximately 20x25 yards. Divide the players into three groups. One group stays outside the area, while second and third one compete against each other in the middle. Designate 1v1 marking for the teams playing inside. Two outside players need a ball each to start with. 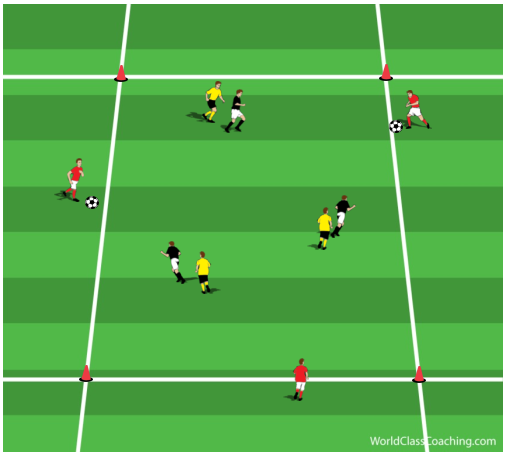 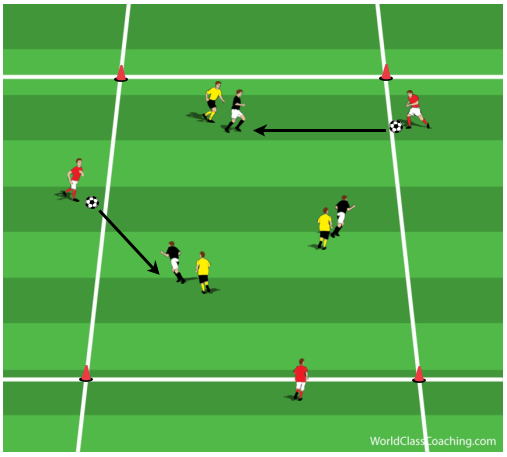 Upon receiving the ball, inside player have to take min. 4 touches before playing it outside. Three pairs working inside swap their roles after set amount of time. If the defender gets the ball, he tries to keep possession for as long as possible. 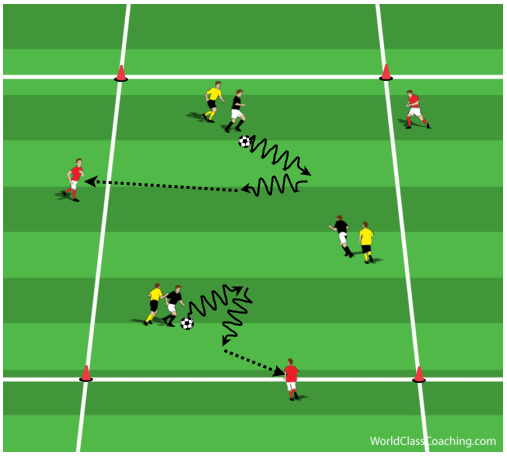 As a progression, one defender can be added inside the square to create overload situation. With two support players outside, it is important that they need to cover two sides of the area. 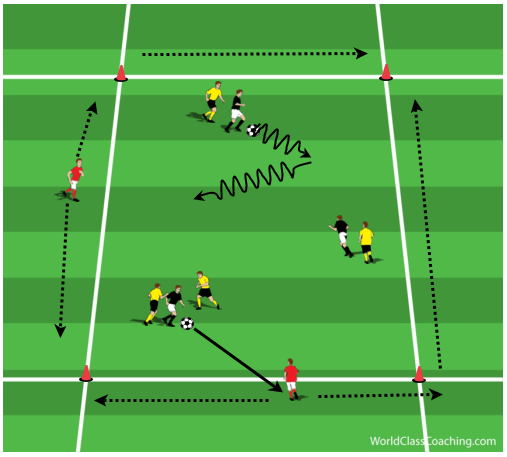