Numbers Up Numbers Down Game

This game is focused on developing aerobic power with high intensity running intervals. It is also very stimulating tactically as the players have to deal with numerous situations including both overload and underload scenarios. That makes the practice realistic to the game and engaging. From the pure technical point of view, it includes loads of dribbling, running with the ball, passing and shooting. All of that is combined with a lot of opportunities to make decisions.

Set up a pitch of approximately 20 x 25 yards and two goals, one on each end. Place the GK’s in goals. Divide the team into two groups of 3 players. Organise two neutral players, positioned one on each side of the pitch. Prepare a sufficient supply of balls. 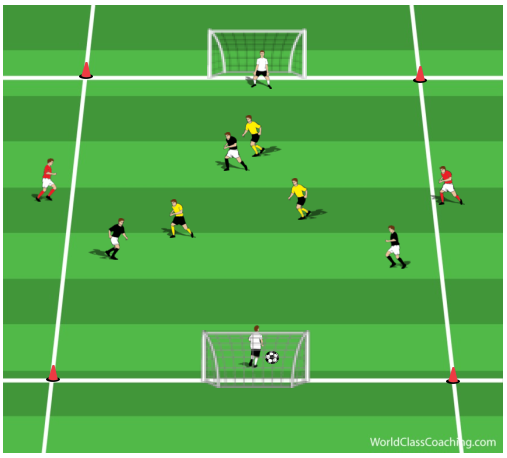 The game starts with a goalkeeper playing the ball out to the attacking team. The aim of both teams is to score in the opposite goals. Two neutral players are playing with the team in possession and need to stay outside the area. 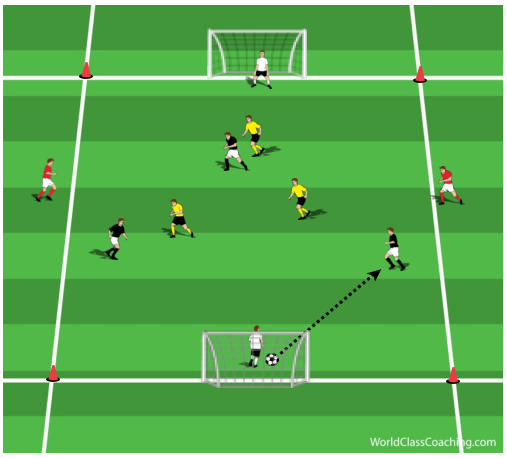 The attacking team is encouraged to use neutral players to make it 5v3. Neutral players are not allowed to score and they are restricted to one/two touches to make the game quicker and of higher intensity. 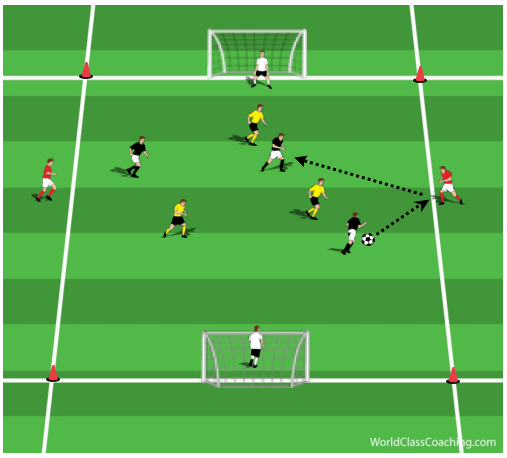 It is important that the team in possession tries to score as soon as possible. If the defending team wins the ball, they try to counter attack and score in the opposite goal. 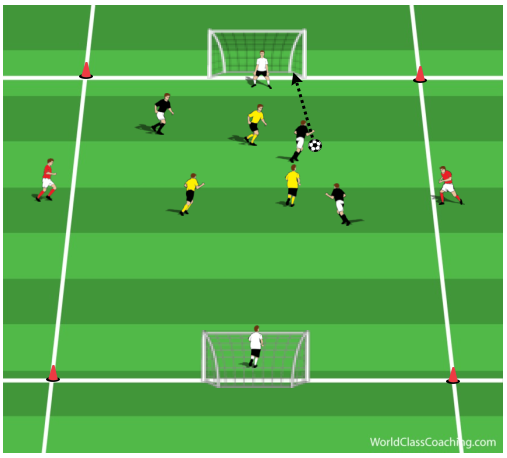 The player that scored a goal needs to sprint around the pitch (behind the cones) and then return to play. The game is restarted straight away without waiting for the player to return. The team that scored is in possession again, starting from the goal into which they have scored. 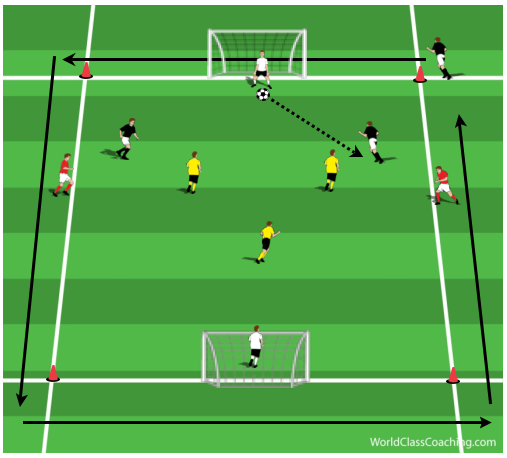 The game should be played 1-3 minutes and repeated 6-10 times in 2 series. The rest period between repetitions should be 3-1 minutes and between series 4 minutes.