How to Speed Up Training

Welcome to the Goalkeeping Newsletter. Todays’ topic shows a simple way to speed up training.

This is going to seem incredibly simplistic but it’s something a lot of keeper coaches miss. If you want the keeper to work faster in training, add a second server and a second ball. The reason this works is the keeper is no longer in charge of how quickly a ball can be played in.

As an example, in the diagram below, the server volleys a ball to the keeper who must catch the ball and then quickly return the ball for the next serve. 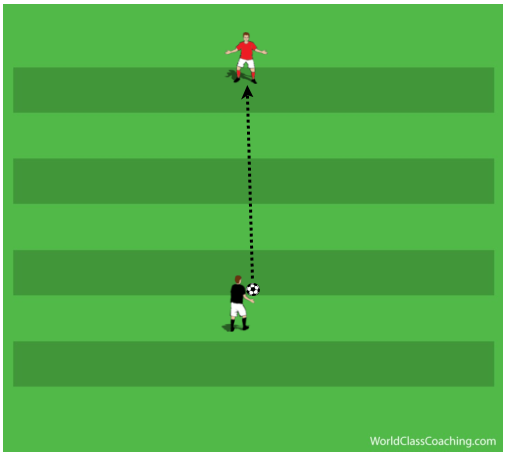 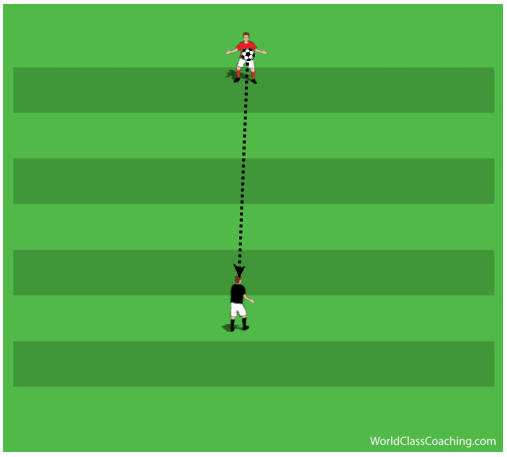 It doesn’t matter how quickly the server wants to serve the ball he is dependent upon the keeper getting the ball back quickly. It’s too easy for the keeper to act like he is playing quickly but fumble the ball a bit to slow things down. Instead add a second server and a little bit of movement. 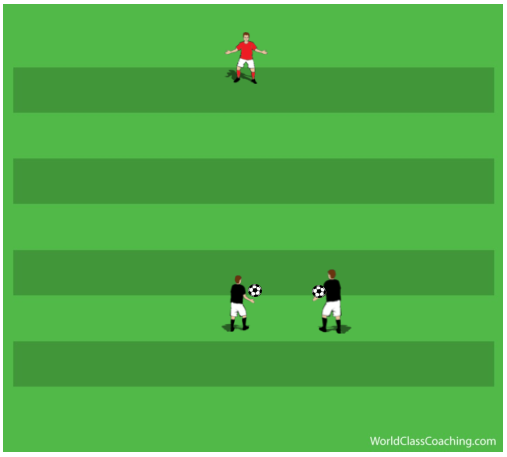 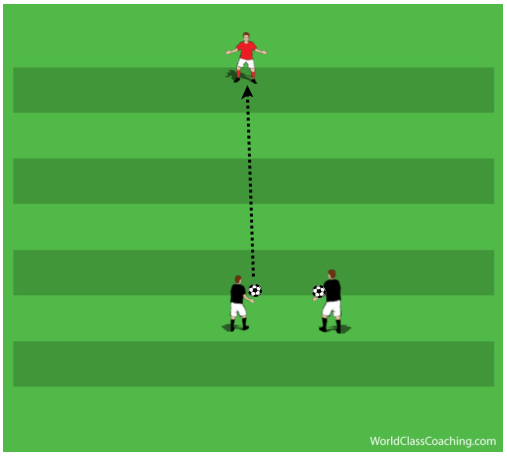 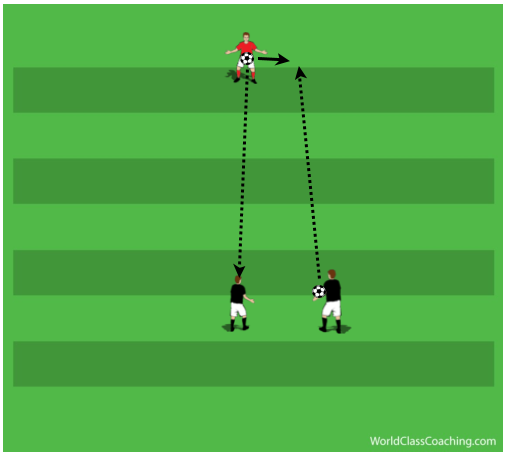 This can be done with many variations. Another example would be working on collapse dives. The first server plays the ball to the side of the keeper, who then does a collapse dive. 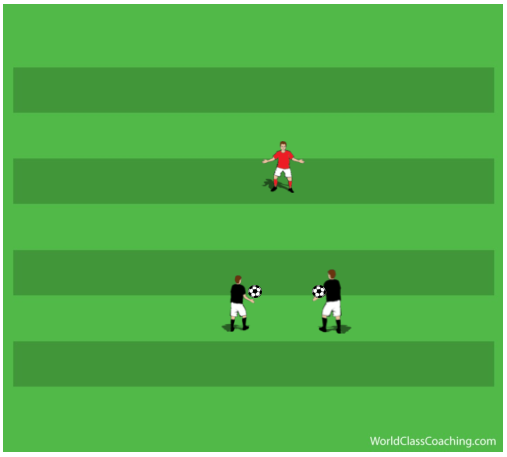 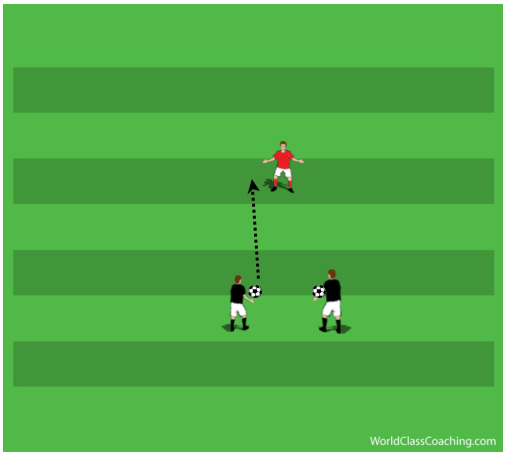 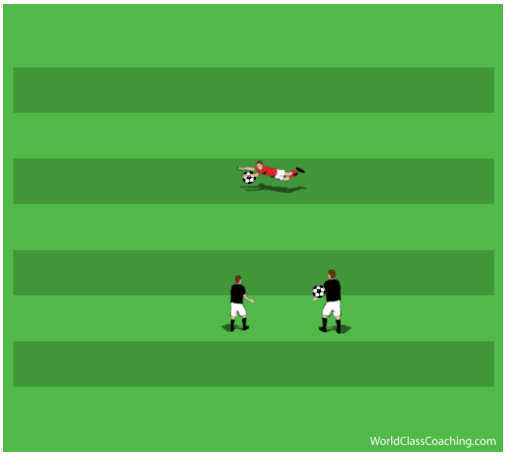 As soon as the ball is saved, the other server plays a ball for a dive to the other side. 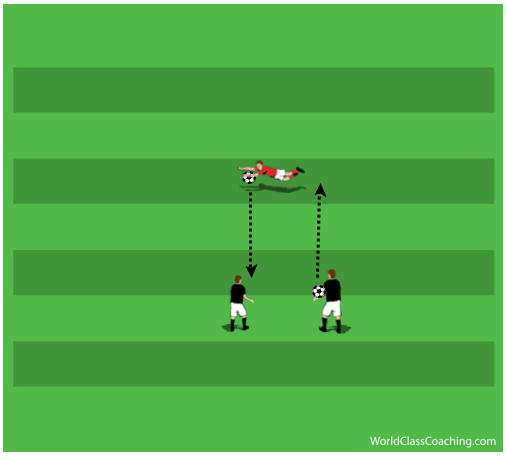 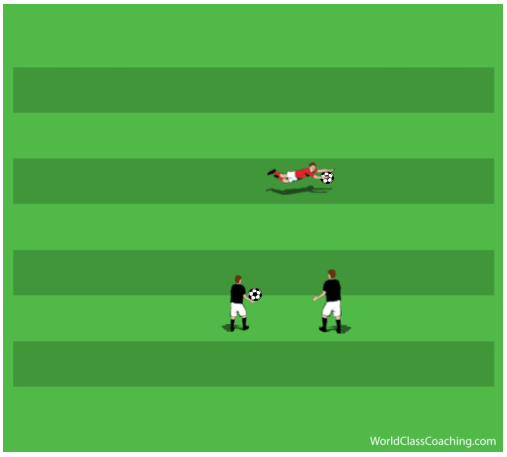 Adding the second server allows the servers to dictate pace, instead of the keeper.

4v4+Neutral Player For Rhythm of Play and Speed