This is a progression of last week's 5 v 5 game to work spacing and player movement. We now play 8 v 8 The game area is 50 x 45 yards and it is played as two 15 minute halves. 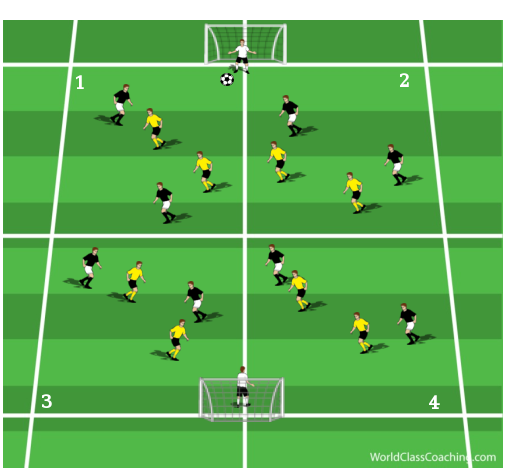 The field is once again divided into four zones. This time each zone contains two attacker and two defender. 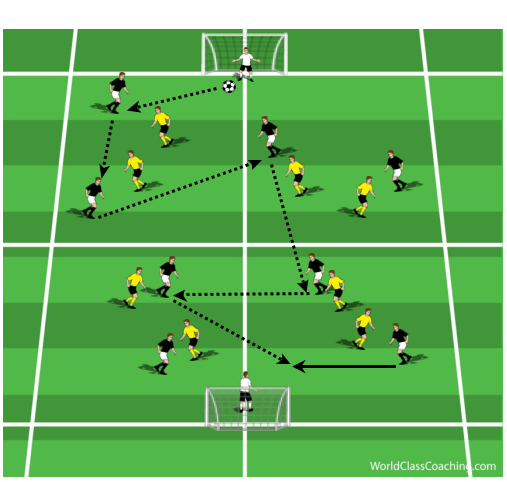 When a goal is scored one member of the defending team leaves the field. He can only return if his team wins the ball and scores a goal. 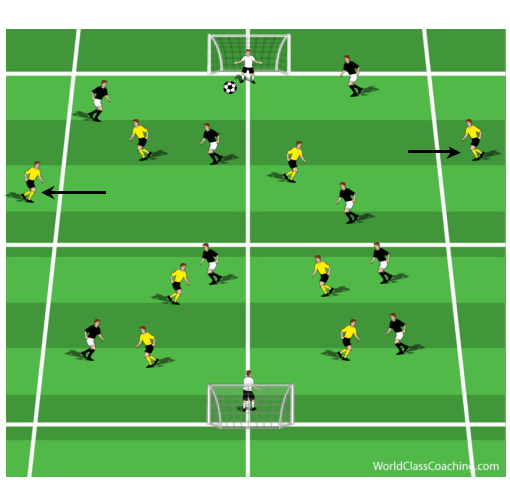 The defending team attempts to win the ball and counter attack. This transition must be done quickly to take advantage of the moment when the opponent is unbalanced. 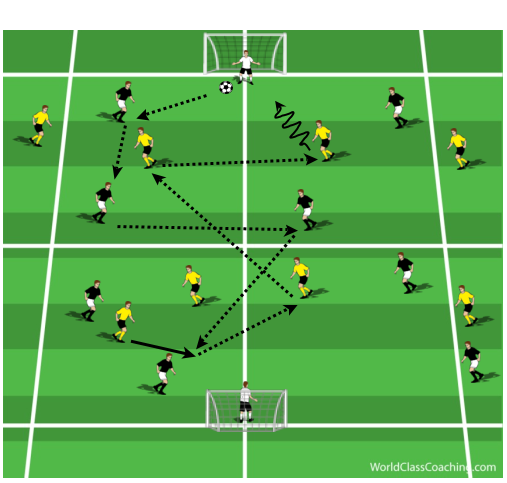 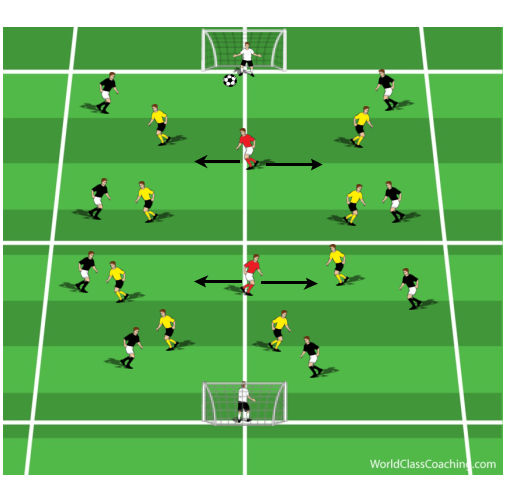