The presented practice incorporates physical as well as technical and tactical focus of the game. From the conditioning point of view, it develops Explosive Power, which is needed to accelerate over short distances and win a sprinting race. That is relevant both for the attackers or defenders chasing for the ball, recovering to a position or running with the ball. From the technical and tactical side, the practice develops an ability to keep possession with purpose, run with the ball as well as finish into a goal.

Set up two channels with a square of approximately 8 x 8 yards and a goal, positioned 25 yards from the square as shown on the diagram below. Organise goalkeepers in goals. Divide the team into attackers and defenders, with three times more attackers than defenders (i.e. 9 attackers, 3 defenders). Three attackers and one defender will then go into each square, and play 3v1. Rest of the players wait for the rotation (if somebody is left over). 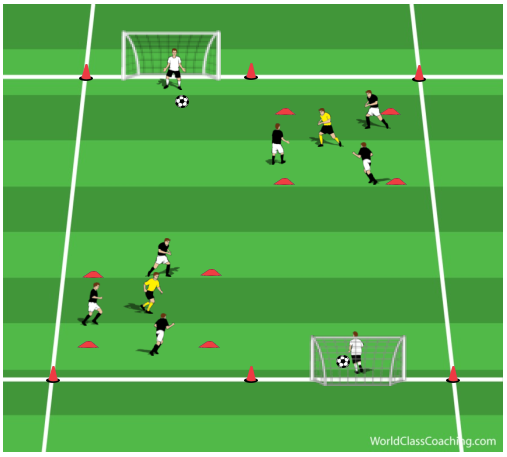 Goalkeepers start with the ball and play it into one of the attackers inside the square. That should be done at the same time from both sides. The pass should allow the attacker to receive and play. 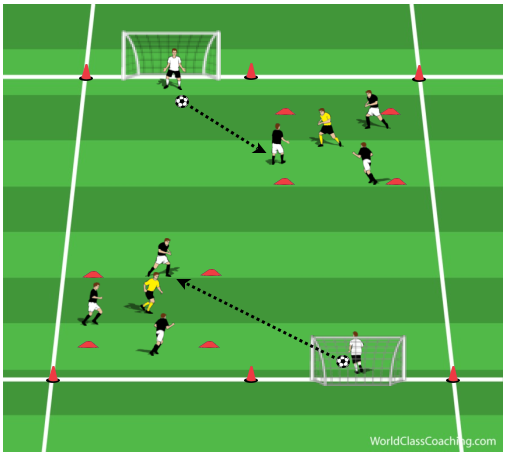 Attackers will then try to keep possession 3v1 away from the defender and make at least 5 passes as an aim. If the defender wins it, he tries to score into the goal. Attackers can win it back straight away. 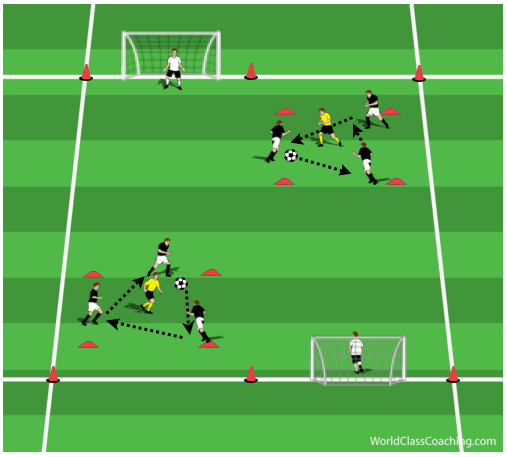 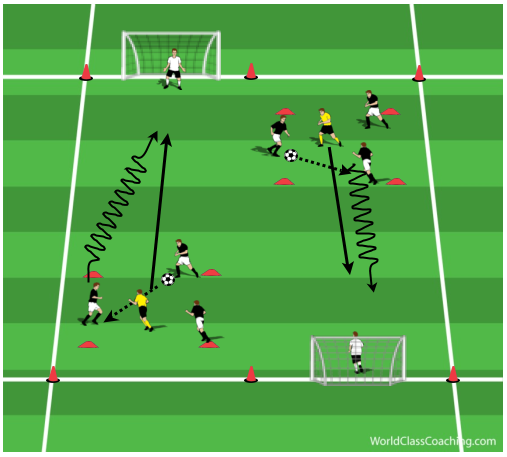 The aim for the attacker is to score in goal. The practice can be turned into a competition when players compete for the highest amount of points gained. After the shot is made, the game restarts from the goalkeepers and players rotate around. 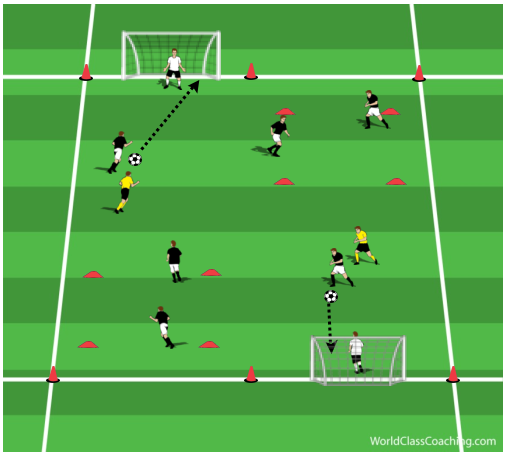 The practice should be repeated 4-6 times in 1-2 series, with 1 minute rest between repetitions (rotation of players) and 4 minutes between series.