After defending deep and stopping penetrations it is important for the team to capitalize on the space in front of them via a counter attack. Due to the opposition being spread out to beat the compactness out wide, when you win possession your front 3 have to spring into life and transition with speed to attack.

When the ball is won in the center of the field the players need to look at the positioning of the CB’s. Usually they will be spread out. Both wide midfielders need to sprint into space ahead of them, one will be to the outside the other will be through the gap between the CB’s. At the same time the striker drives towards the closest CB to draw them in.

A) As the CB commits, the ball is played into the space ahead of the midfielder in the center to run on to, they then have the chance to finish 1v1 against the GK. The other midfielder runs towards the goal in case of a rebound. 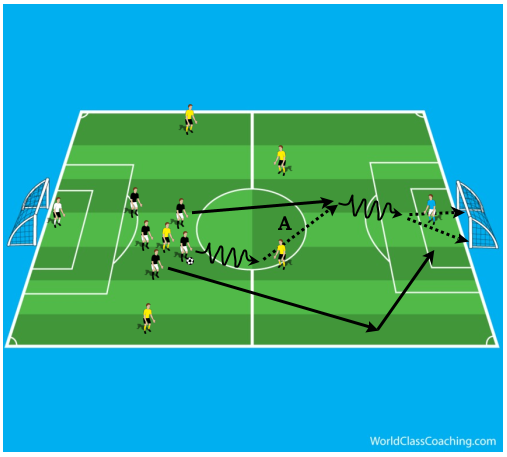 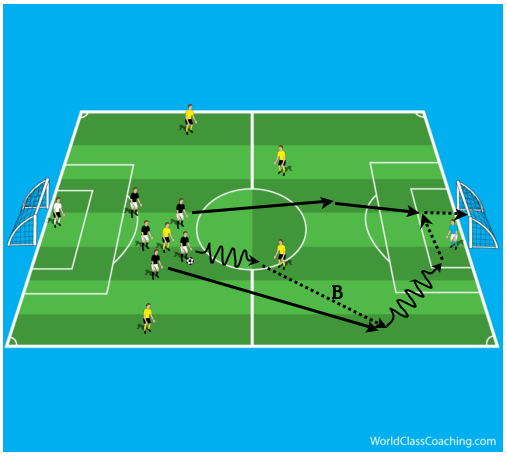 If the defending team win the ball out wide there is a large amount of space already in front of them. If the wide midfielder is fast and can look to beat the CB round the outside then encourage them to do so, especially if the CB they are against is not able to match their speed. Again after they beat the CB look to draw the GK over to the front post and slide the ball across for a tap in. 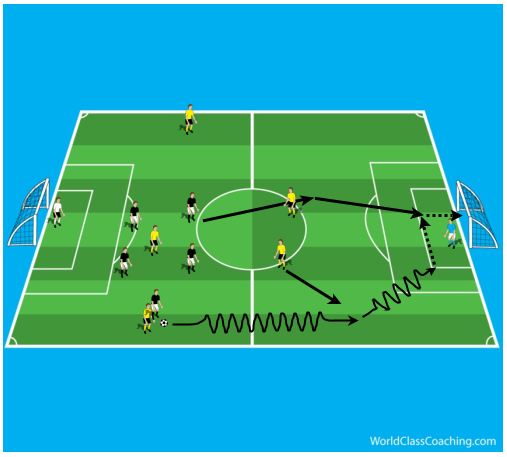 Alternatively, if the CB gets across quickly, is as fast as the midfielder or is a tough opponent, use the 3v2 to your advantage. 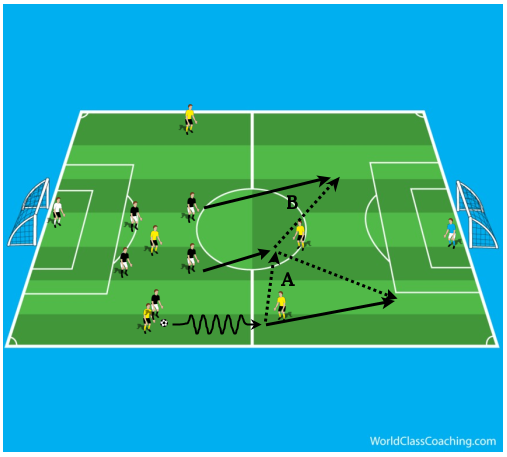