This is a progression of last week's 8 v 8 game to work spacing and player movement. This week the game will again start as 8 v 8 but the team in possession works to create 6 v 4 offensive superiority situations. 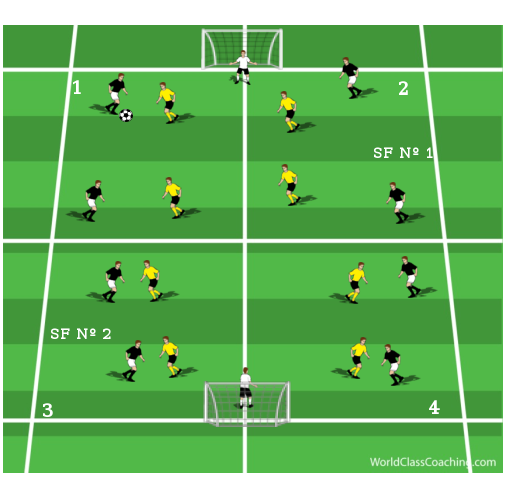 The field is once again divided into four zones. This time each zone contains two attacker and two defender.

After a certain number of passes (decided on by the coach) the attackers from Small Field No 1 (SF No1) pass the ball into Small Field No 2 (SF No2). 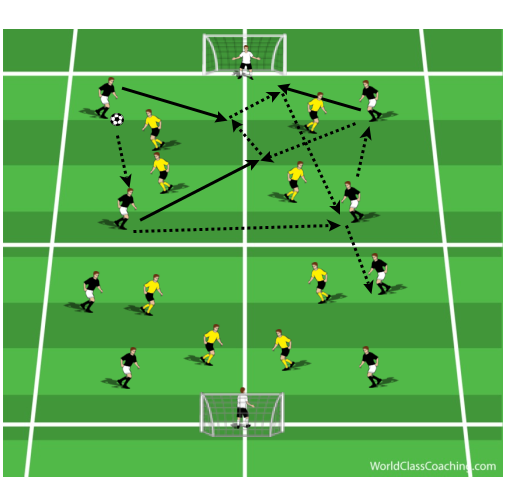 After the ball is passed to SF No 2, two Attackers from SF No 1 can advance their position to help organize the attack. 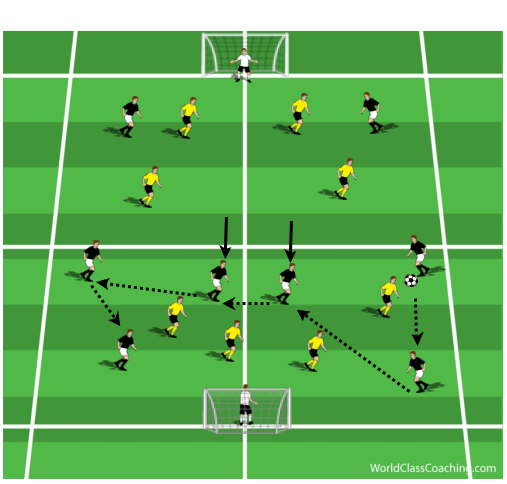 When the attack is finished, the two Attackers return to the SF No 1 to start again with the 4 v 4 situation.

The Defenders must try to intercept a pass and keep possession in order to counter attack.

In the counter attack the players don't need to exchange passes between them to pass the ball to the another small field. Transition to attack should be fast and direct, in order to surprise the opponent's defense. 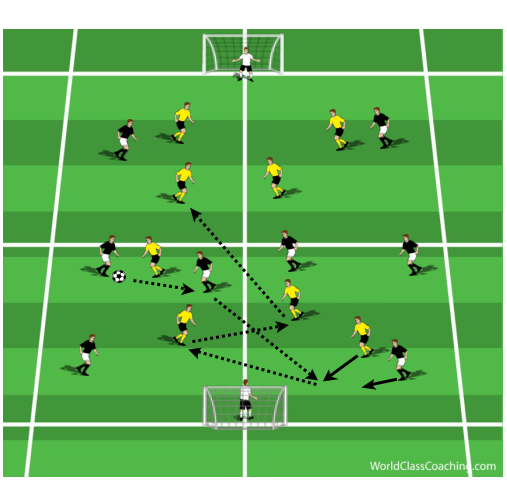 You can add central Jokers to the exercise. They always play with the team who have the ball. 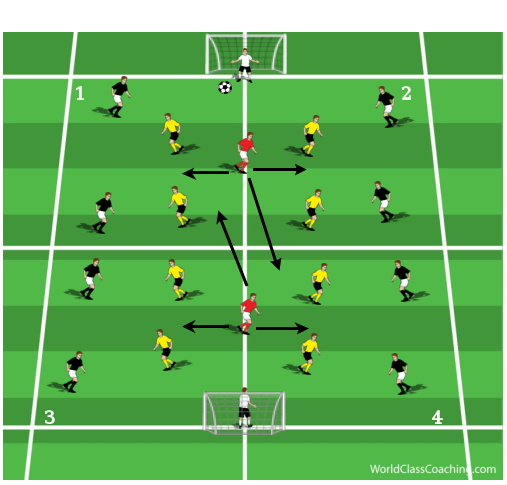