The main physical aim of this practice is to develop anaerobic power. That will help in producing more powerful and quicker actions during the game. Organisation of this practice ensures the flow and continuity of play, what makes it engaging and enjoyable way to develop football specific fitness. From a technical and tactical perspectives, this practice has also many returns such as dribbling, RWTB, shooting as well as counter attacking.

Set-Up and Directions
Organise a pitch of approximately 25 x 35 yards with one goal on each end. Divide the team into groups of two players. Each group starts next to the goal with one ball per pair. Also, two goalkeepers are needed, one in each goal. The size of a pitch should be large enough to allow counter attack to take place. 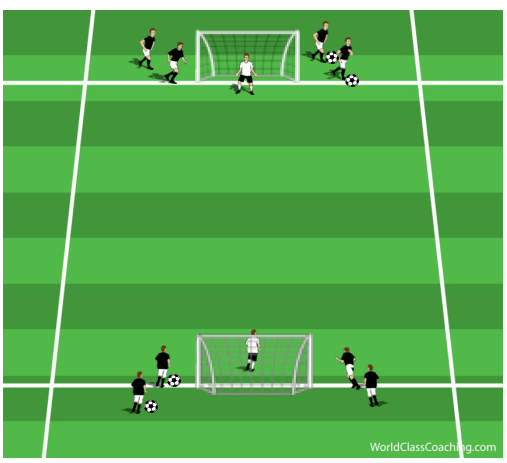 On a coach’s signal, one pair starts attacking towards the opposite goal. At the same time, a pair from the opposite side defends own goal. The aim of both teams is to score. 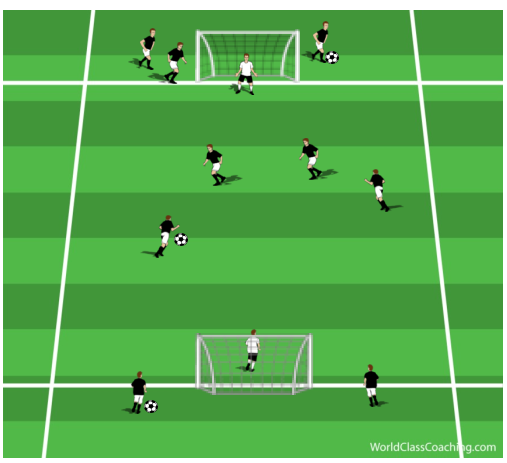 After the team scores, their aim is to defend against the new coming attacking pair. The team that conceded the goal, goes out of the pitch. 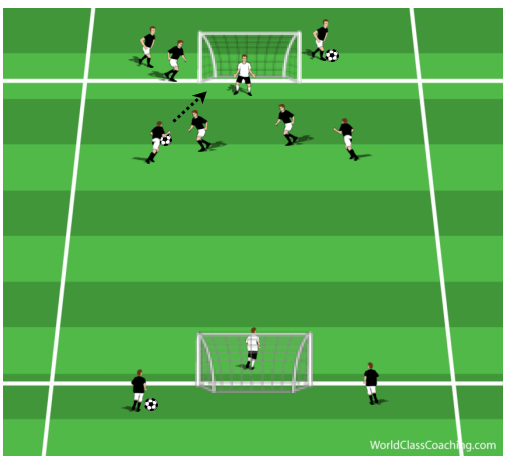 As we can see on the diagram below, the new attacking team attacks towards the goal defended by the team that has just scored and which now has to recover to prevent the opposition from scoring. 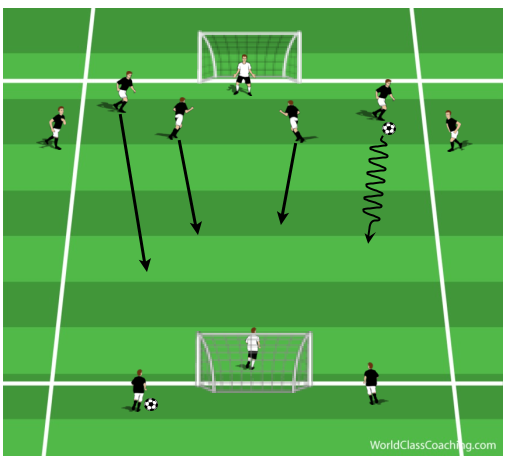 If the new attacking team manages to score, they stay on the pitch and have to defend their own goal. The team that concedes a goal gets off the pitch and joins back of the queue on their original side. 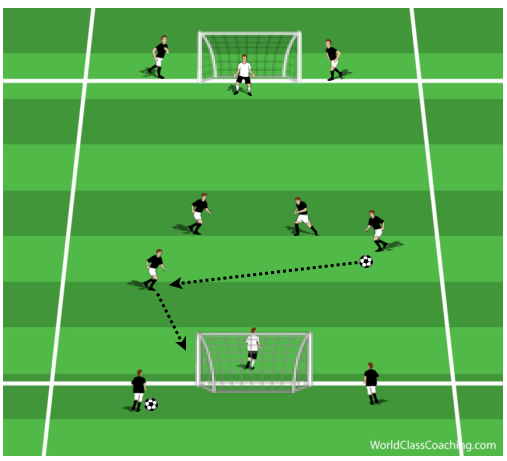