This conditioning article has been created by Gabriel Celante when he was running preseason training for BRASA – Brazilian Soccer Academy. The session helps to improve both aerobic and anaerobic fitness through an economical and dynamic circuit.

Divide the field as showed in the diagram. 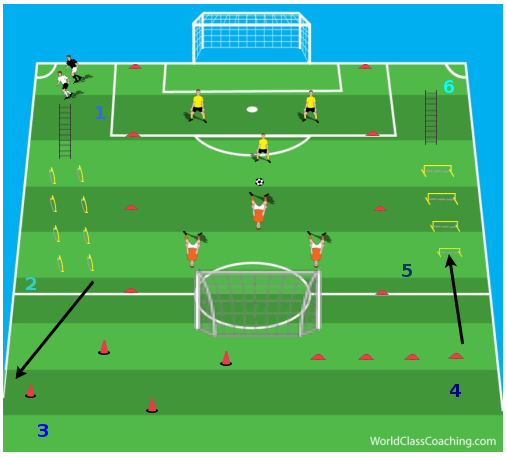 Conditioning With a Finishing Circuit

Possession in a Compact Space with a Surrounding Circuit