This modification of 3v3 game involves transition scenario. That places conditioning demand on both attacking and defending players. Regardless the decision made by central striker upon receiving the ball, supporting players have to make forward runs on full speed. Also defenders are required to make quick recovery runs. Players are encouraged to finish the action as a counter-attack, however, if that is not possible, positional attack can be also used. 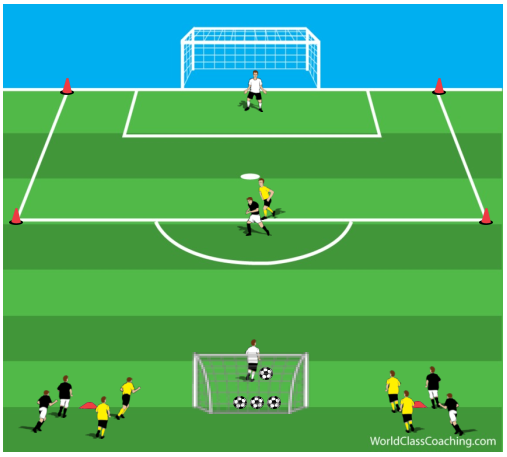 The game starts by the goalkeeper playing the ball into attacker who is marked 1v1 by a defender. The attacker should receive the ball in the penalty box half circle. 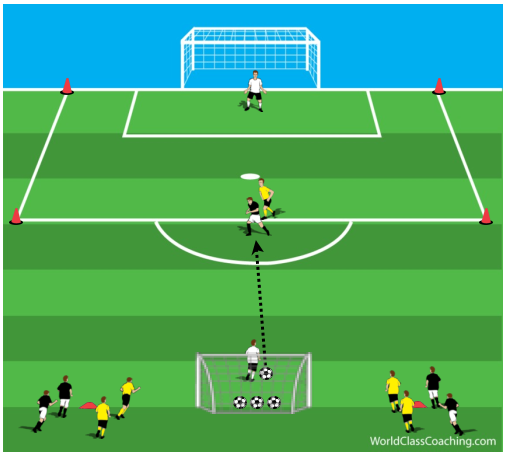 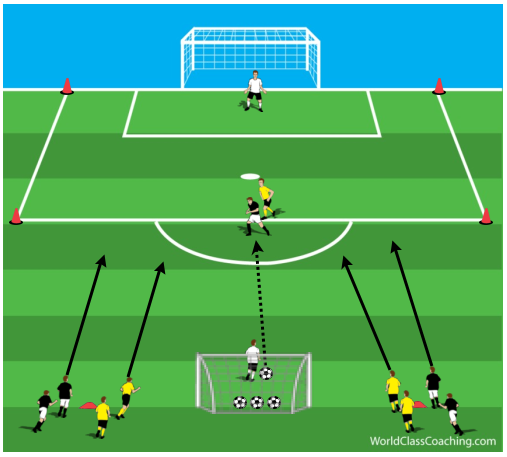 Attacking team is encouraged to progress forwards as soon as possible. That can be achieved by playing the ball straight into space in behind. If that is not possible, patient positional attack can be used. 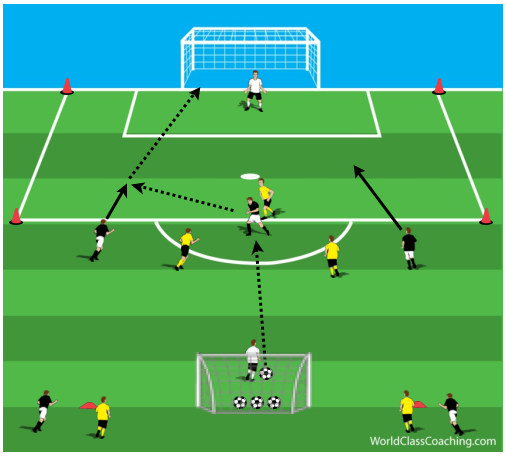 Timing:
The practice should include 4-6 repetitions in 1-2 series. The rest between repetitions is 1 min. while between series it is 4 min. Each repetition should be done with 100% intensity and last up to 15 seconds.