The presented exercise is designed to develop repetitive short sprinting power in a running with the ball scenario with a finishing element. From the physical perspective, it helps the players to be quicker and more explosive when trying to win a race to the ball or be faster than the defender in and around the box. That is linked to technical element of running with the ball and shooting on goal. The organisation of the practice ensures that work to rest ratio is easier to manage as well as players get enough repetitions without long waiting periods.

Cone off two channels of approximately 20 yards in length and 4 in width. Place one goal on the opposite ends of the channels. Divide the players into pairs and set half of the pairs at the beginning of one channel (opposite the goal) and the other half at the start of the second channel. Two coaches/players are needed to play the ball into the channel as shown on the diagram below. 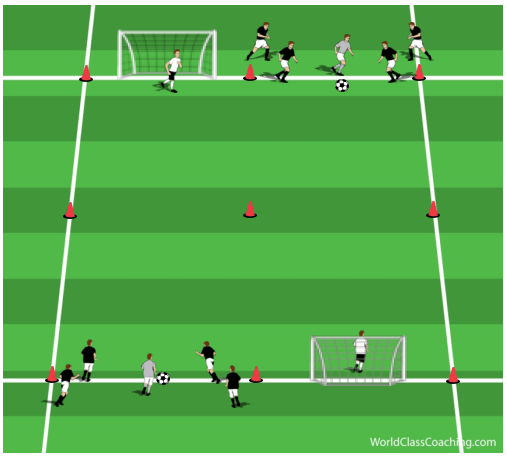 The game starts when the ball is played into the channel, in between the players (pairs), from both sides, at the same time. That triggers the race of the first pair in the channel towards the ball. 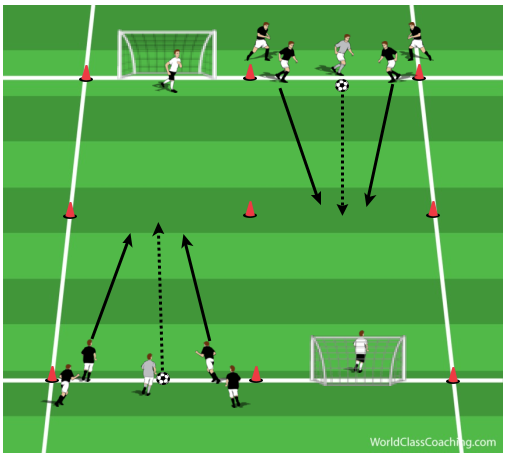 First player to the ball becomes attacker, second one tries to defend. If the defender wins the ball from the attacker, the roles change. 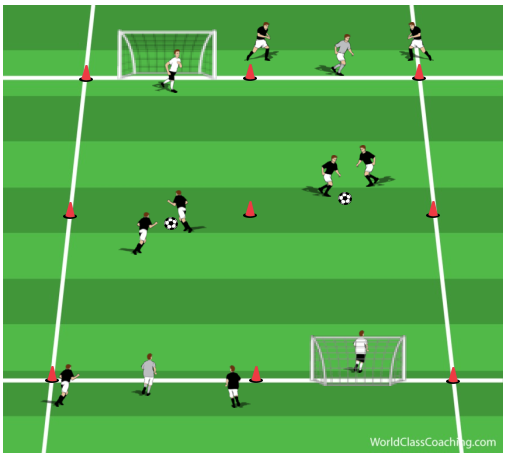 After the attacker gets to the ball, he tries to finish and score in goal. After that, both players join the queue at the beginning of the opposite channel and the game restarts again. 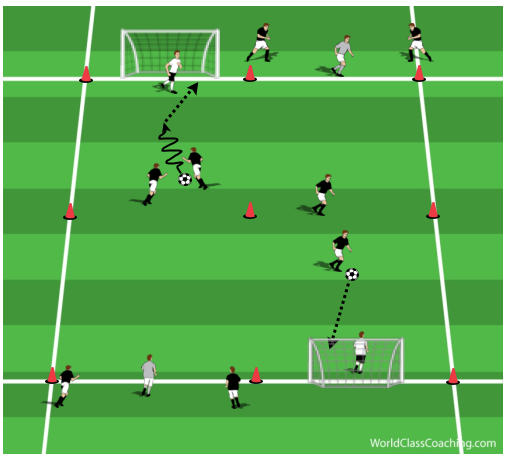 Every race should be repeated 6-10 times in 2-4 series. The rest between repetitions should be 10 seconds (managed automatically when the other pair goes), and between series – 4 minutes.