The next few sessions are some ideas for when you might have a small number of players. The focus is on their awareness, movement, angles to support, decision-making and the quality on the ball. 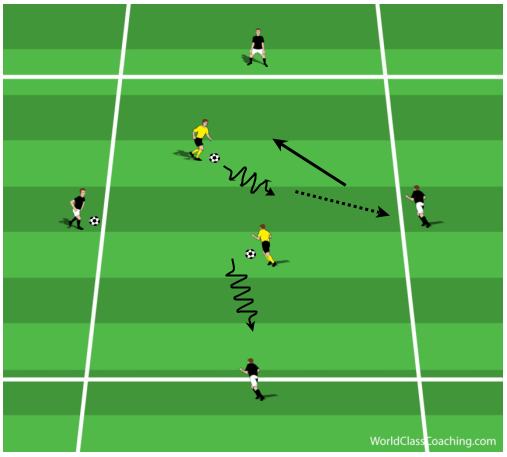 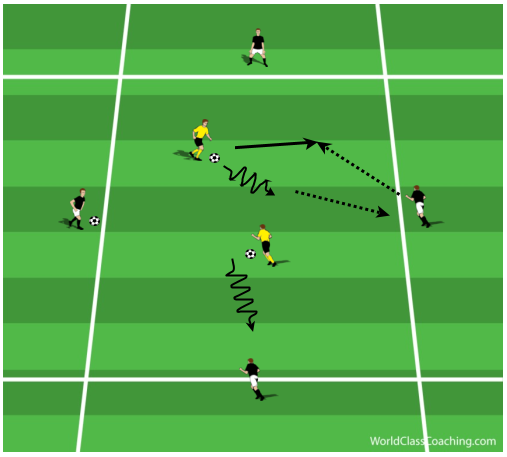 Encourage the awareness of not only the players inside the area but the players on the outside. Working on them to support and provide good angles. 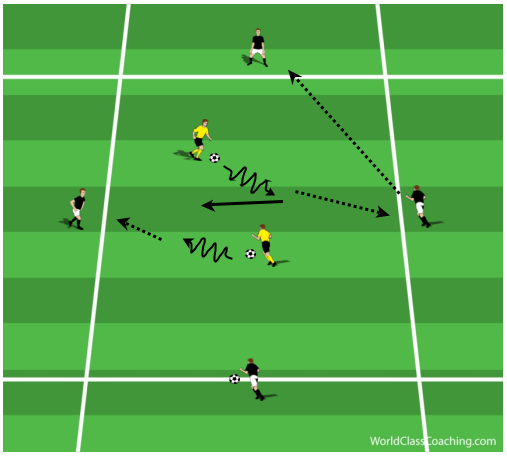 Encourage creating triangles, supporting the ball and movement to receive the ball 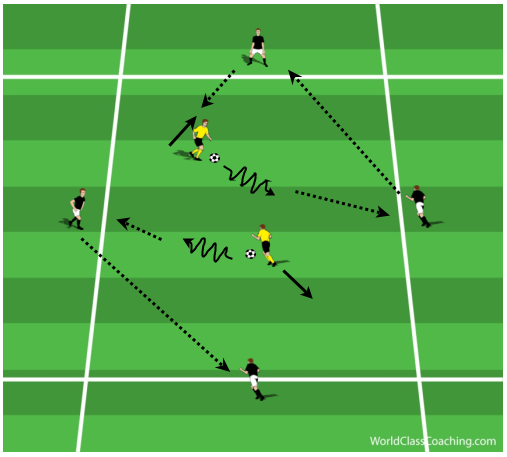 Please note the diagram below illustrates the option to use Mannequins / poles or even areas for players to work around, within or through. This will encourage the movement and awareness especially if you have limited players. Ideally you want players working around and within each other as oppose to static and immoveable objectives. You need the environment to challenge and replicate the demands of the game. Other options could include reducing the size of the area and the number of balls used. 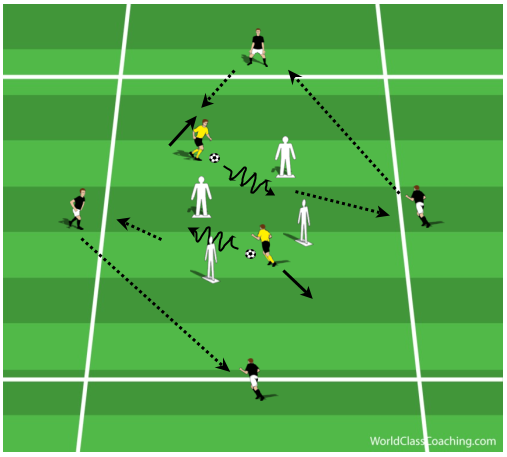