This passing pattern practice is developed to work on the ability to produce repeated short sprints over a longer period of time without losing its’ frequency and quality. That might be useful especially towards the end of the game when players get usually tired and their intensity of actions drops. Apart from the conditioning side, the practice can help in working on short and quick passing as well as movements off the ball. From the mental point of view, the practice requires a great deal of concentration and teamwork. It is suitable mainly for the older age groups and players of higher ability.

Set up four cones in a square, 15-20 yards apart from each other. Organise one player on each cone (2 players on each cone will manage the work to rest ratio automatically). There is one ball needed for the practice but a supply should be ready in case it goes out. 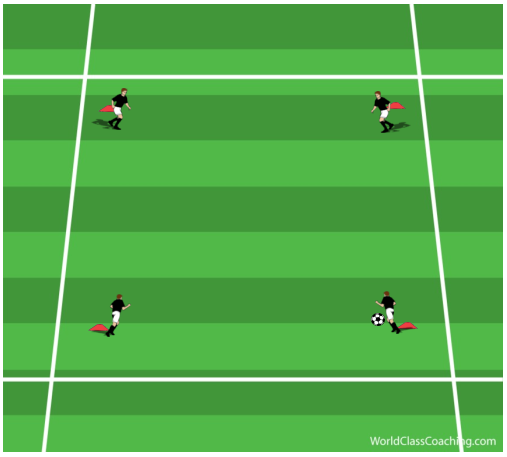 The practice starts with a player on the ball passing it to the player positioned on the opposite cone. He then passes it back to the initial starting player. The pass back has to be played using one touch. 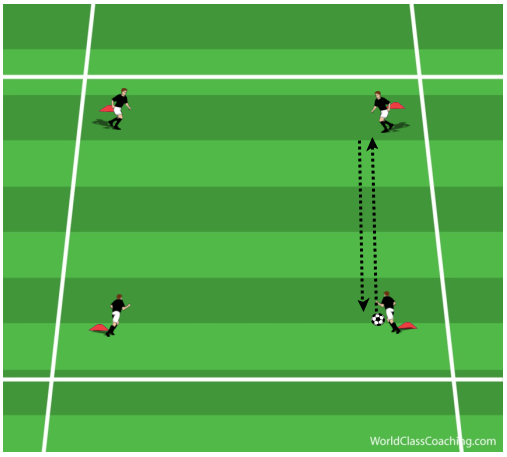 After the one-two is played, the ball needs to be played first time diagonally into the player positioned in the opposite corner. The quality of the pass is important to keep the flow of the practice going. 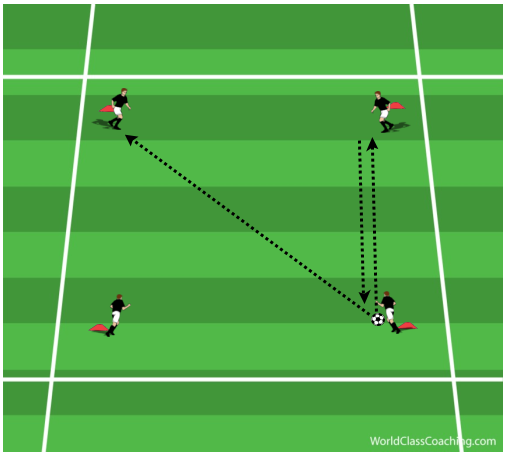 After the diagonal pass is made, the players who played the one-two initially, need to change their positions. That should be done sprinting on the full pace to be ready to receive the ball again. 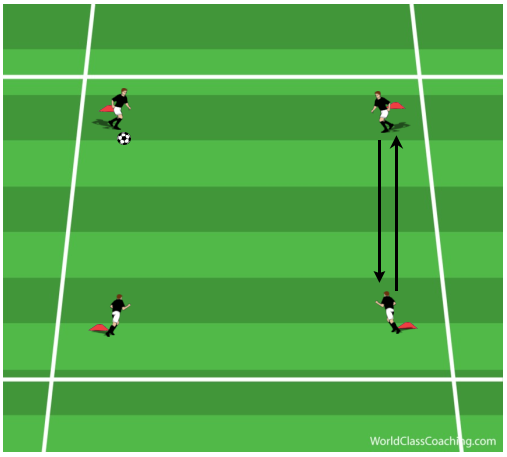 The players on the side that received the diagonal ball, also play a one touch combination before playing it back diagonally to the player on the starting position. After the diagonal pass is made, they also exchange their positions. The game is continuously going. 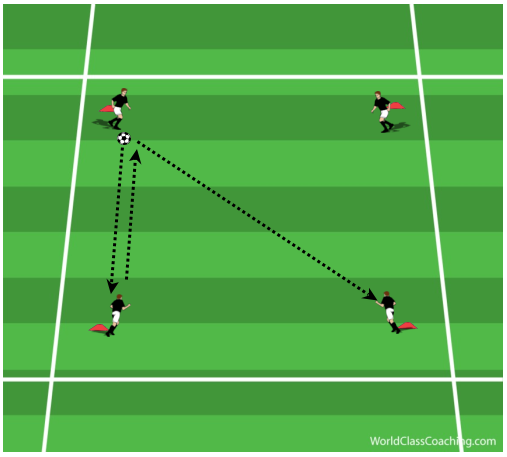 The practice should be continued for 2 minutes and repeated 2-4 times with 4 minutes rest in between (if two players are on each cone, rotating their roles).