As most US-based coaches should be aware of by now, the USYS has released some major changes that will be mandated as of the Fall 2017 season*. These changes are US-based, but it’s important for soccer in general because it is meant to further align the US with how the rest of the world plays the beautiful game. And whether you agree with them or not…the changes will happen.

One subtle but key change is the idea of build-out lines for the U9/U10 (7v7) age group (there are no keepers below U9 with these changes). This line is set a bit outside of the penalty box and restricts the opposing team from crossing it until the keeper has put the ball into play, by passing or throwing the ball to their team. Because of this idea, punting will not be allowed at this level.

This can be a major – and possibly painful – change for youth US teams…but the benefits a team can gain both at the youth level and far beyond could be great. Too often youth goalies get the ball and immediately punt the ball. And why do they rely on punting? Because if the ball is closer to the goal, it must be easier to score, right? Maybe…but a team with the ability to set up the field from the back and successfully move the ball the whole length of the field will score even more.

And who starts that movement forward? The keepers of course! The field players will learn their part in all of this, but if the keeper doesn’t start things off effectively and accurately, it won’t matter what they do.

NOTE: Some understanding of throwing/rolling technique by the keeper is recommended to get the best use from this drill; many resources are available on this site and others regarding these techniques.

I like this drill for keepers because it helps them see the field and how to use it and the players to their advantage in order to build the play out – all while practicing various close-to medium distance delivery methods.

I like this drill for field players because it helps the players realize where to go to get open for the keeper’s delivery in order to build the play out from the back.
This drill also helps build field player-keeper trust and can easily lead to set tactical plays.

Players: one or two goalies; 3-5 field players
Gear needed: half of a field; 4-5 soccer balls; cones

Place one defender at each of the cones, leaving one or two empty (place cones where you feel would be best suited for your team’s age group and skill level). The keeper should be just off the line. If using a second keeper, have them stand just to the side of the goal, waiting for their turn. The coach should be in the middle with all the soccer balls.

The coach begins by serving a ball to the keeper; you want them to save it fairly easily – this isn’t a shooting drill, this aspect just helps to simulate a real world scenario. 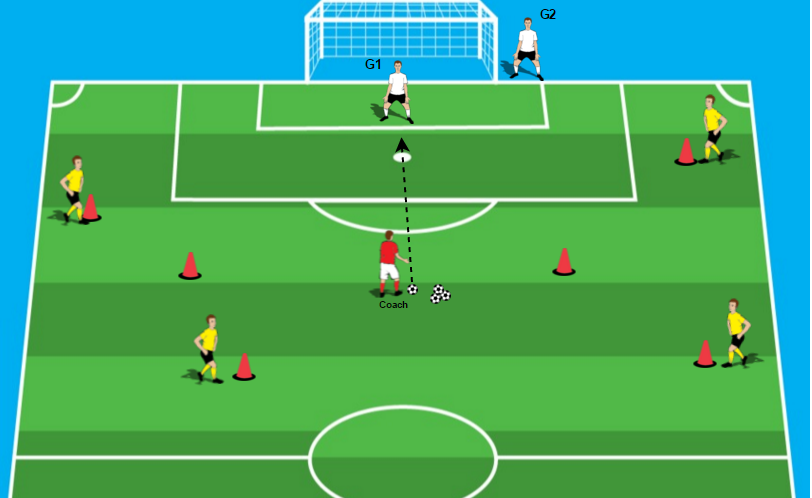 Whatever the keeper decides to do, they should be focusing on three aspects: 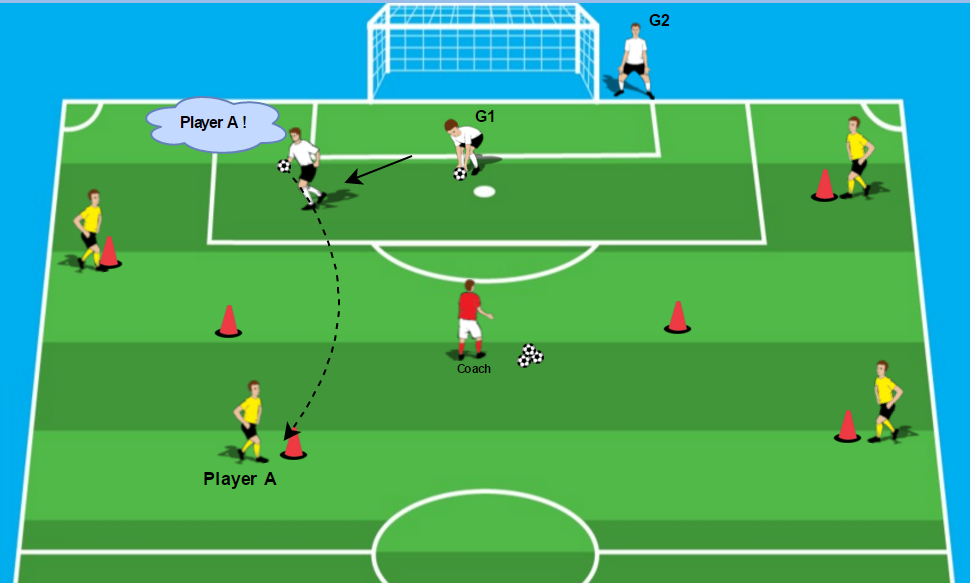 Continue serving the ball to the keeper and having them deliver appropriately. If only one goalie is doing the drill, have them do it 10 times, and give them a point for every “successful” delivery, encouraging them to beat their score with every subsequent round. If two goalies are participating, make it a game between them; give them 5 deliveries a piece in each round and tally scores appropriately to foster healthy competition. 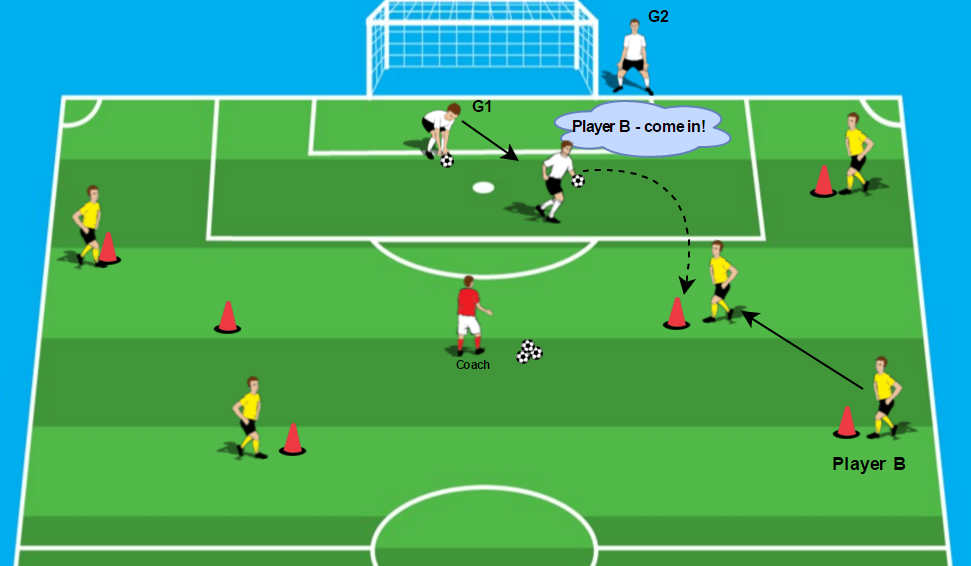 The whole purpose of this drill is to set the foundation for building play out from the back. A keeper needs to be able to make a decision quickly, hit his target with accuracy and power, and effectively deliver the ball using the right technique. A goalie that can consistently deliver solid throws and rolls to their team will be a much desired goalie, no matter if they are 8 or 18.

There is a bit of fitness built in for all players, but the depth of it will be determined by the chosen pace: