Clint Dempsey has become the first American player to score a hat-trick in the English Premier League. Dempsey produced an outstanding display of technical ability, movement and game awareness. Scoring three goals against Newcastle United in a rout this Saturday.

Below, I’ve outlined his key movements and decision-making process during his second goal.

Dempsey makes a great run across the defender, anticipating a pass from Zamora. 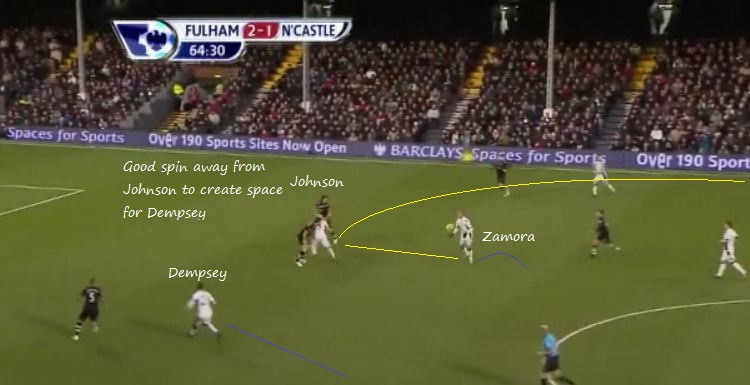 Dempsey recognizes the space created by Johnson, Zamora finds him with a pass. 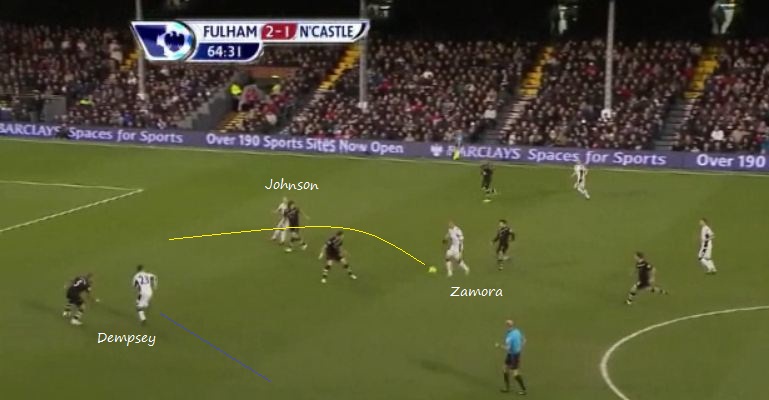 Dempsey arrived balanced. Non-kicking foot placed next to the ball and with his eyes on the ball. 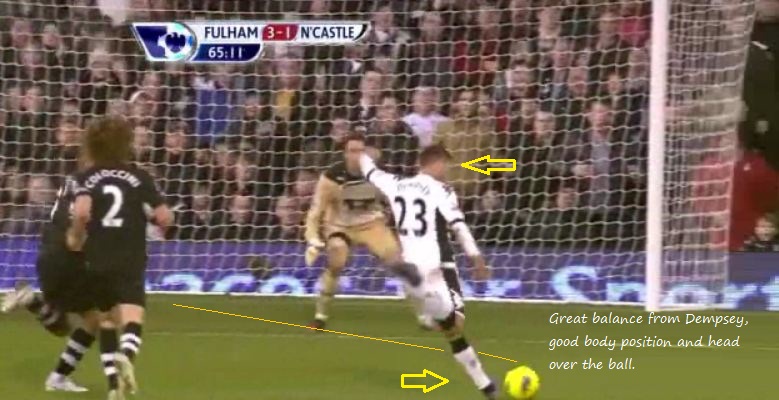 Dempsey gets his body in-between the ball and the defender, and then strikes across the goal keeper scoring his second goal of the game. 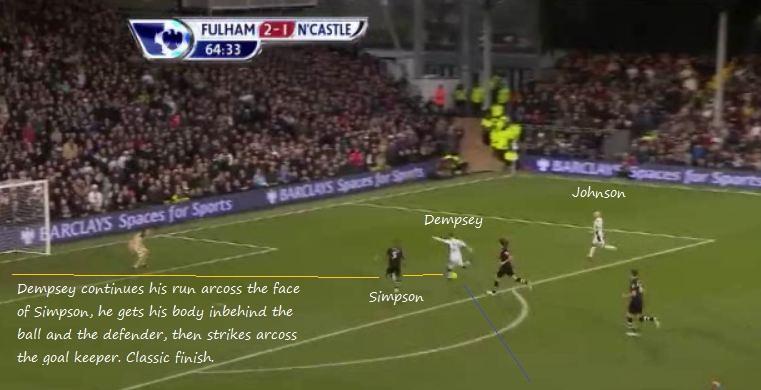 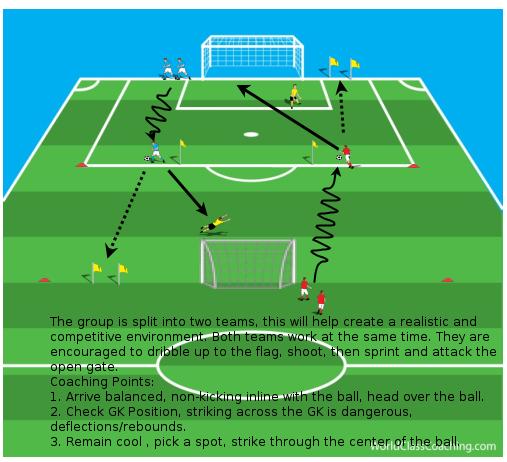