Strength and Speed in 1v1 Possession

This exercise is focused on speed and strength in individual possession scenario. Physical components developed in this practice improve the ability to keep the ball under pressure of the opponent. This is integrated with dribbling and ball manipulation skills.

Set up and directions
Organise a square suitable for players’ abilities and baseline fitness level. Half of the players with one ball each start in the inner area of the grid, while second group spreads around the square as shown on the diagram. On the coach’s signal, outside players run into the middle of the square and try to get into possession of the ball. Inside players’ task is to keep possession until the next signal of the coach. The exercise is suitable for flexible amount of players and almost every age group! 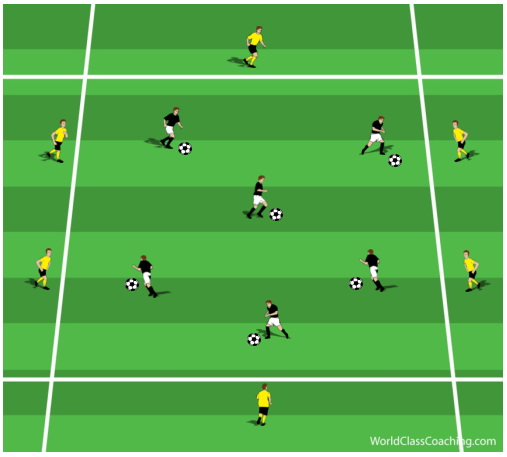 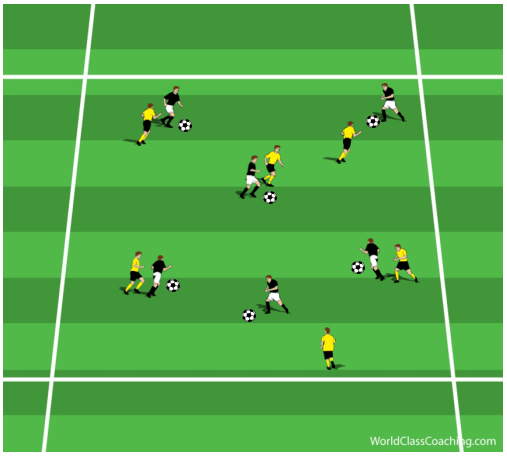 As a progression, organise two squares which will be “safe zones”. Player in possession of the ball can get into that area in which he can’t be attacked. However, only three touches (or 3 seconds) are allowed in the “safe zone”. 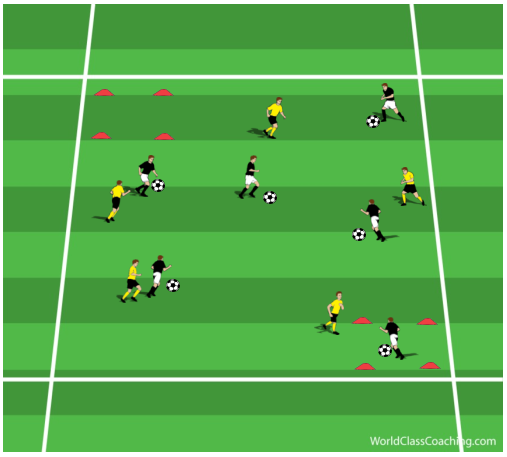 Timing
Each repetition should last 1 min. with 3-1 min. rest between it. The exercise should be done in 2 series, 4 minutes apart from each other. It is also convenient to do this practice in 3 groups, where two groups are working and one group is resting. That incorporates work-rest ratio automatically.

4v4+Neutral Player For Rhythm of Play and Speed