The shooting circuit exercise incorporates fitness content of starting speed. This quality is needed in 1v1 duels, runs for the ball or exploiting shooting opportunities in and around the penalty area. Due to competitiveness of this practice, players are motivated to perform at 100% intensity, having fun and being engaged at the same time!

Set up two goals on each side of the area and 3x3 yards square in the middle. Divide the team into two groups (give them different colour bibs) and organise them on each end, next to the goal as shown on the diagram. Each player should have one ball each. There should be one goalkeeper in each goal. 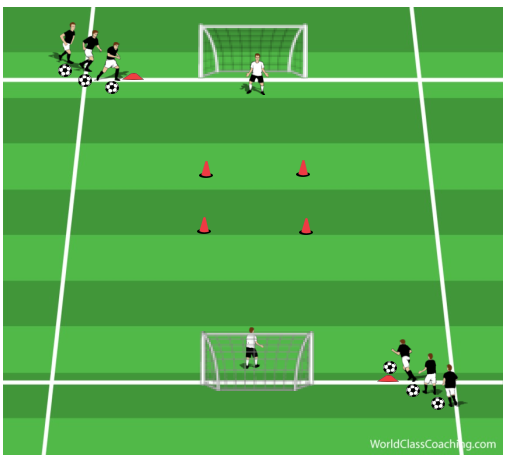 On a coach’s signal, one player from each side dribbles to the middle square, changes direction and shoots on goal. First player to shoot and score, gets a point. After the shoot, a player takes the ball and joins opposite side (bibs will distinguish two teams). 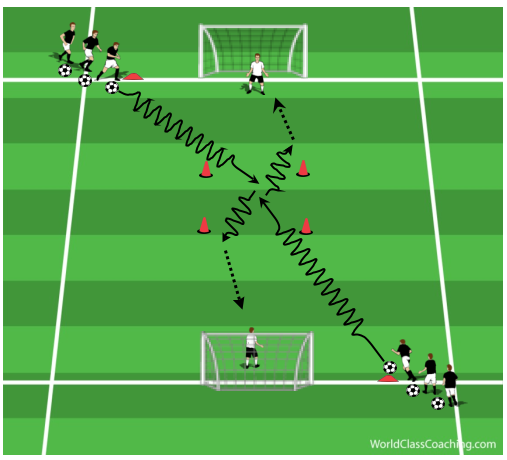 As a progression, on a coach’s signal, first player from each group passes the ball to the player in the middle square who lays off the ball as shown on the diagram for a one touch finish. This variation is focused on developing starting speed without the ball. 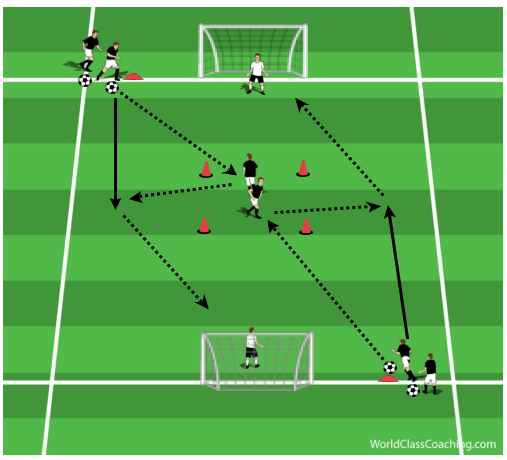 Another option includes a player passing the ball horizontally to the opposite side for a player from a second group to finish. Pace of the pass will force a player to sprint and shoot before the ball goes out of play. 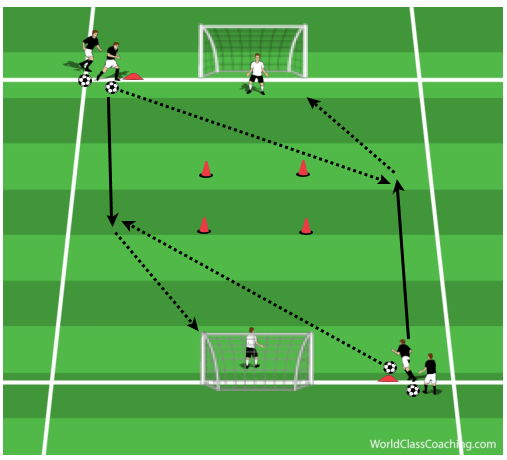 Timing:
Each repetition should last up to 3-4 seconds. That should be repeated 8-10 times in 2-4 series. Rest period between repetitions is 30 seconds and between series – 4 mins.