Passing Back to the Goalkeeper

Welcome to the FineSoccer Drills Newsletter. Today’s featured activity works on playing balls back to the keeper.

Using the keeper to relieve pressure is an important part of playing out of the back but it’s also something that is frequently neglected in training. Here is a simple activity that works on just this aspect of the game.

Start with a keeper in goal and a group of field player 40 yards from goal. A server is 45 yards out with some balls. 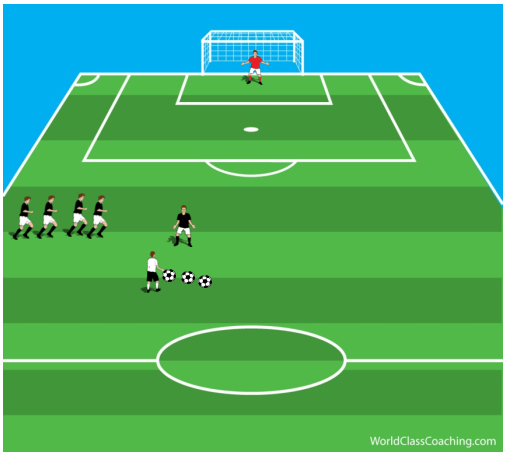 The server plays a ball behind the first player who turns and chases it down. 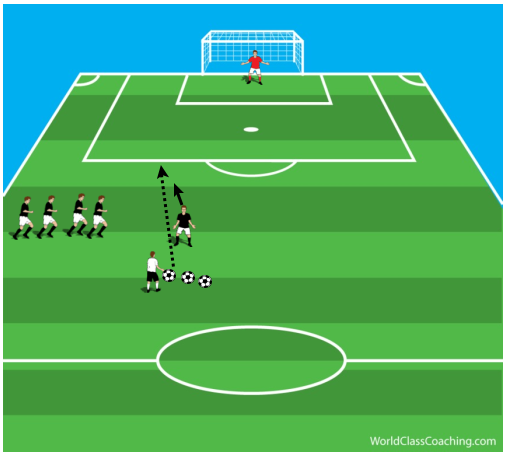 The player passes back to the keeper (who has come off his line and to the side. 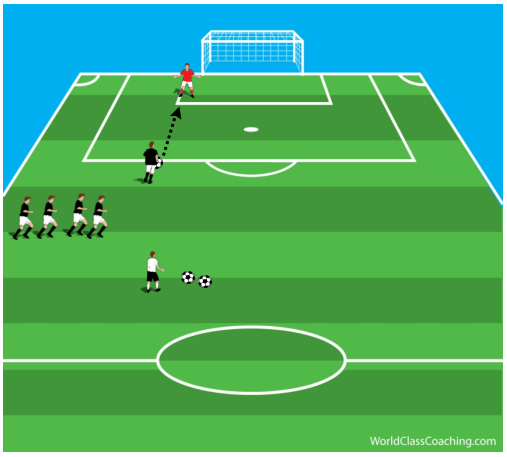 The player then sprints wide to make himself available for a pass. 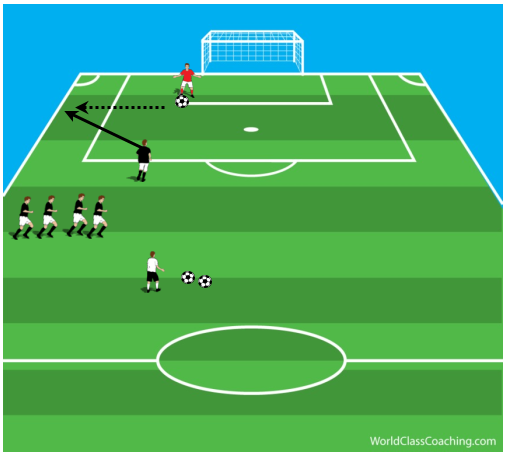 The keeper then retreats to his goal and the next player goes.

After everyone has had a few opportunities to do this, have the server vary the balls played behind the player. Some are soft, some are hard, some are on the ground and some are bouncing. The keeper will have to make the decision whether to come out to get a hard ball without a pass being made or the field player might have to head the ball back to the keeper etc.

Next we add a group of players to the side of the server, to act as opponents. 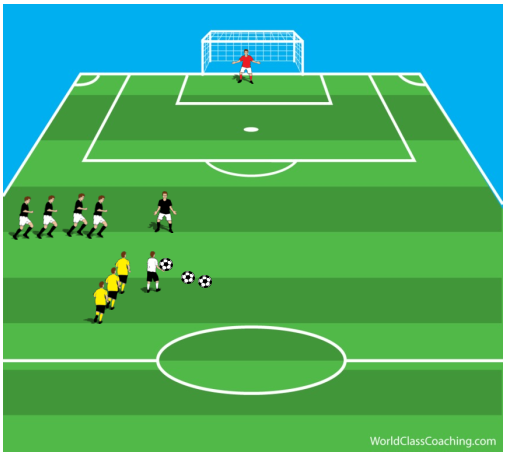 As soon as the server plays the ball the opponent chases after it, putting pressure on the keeper and his teammate. 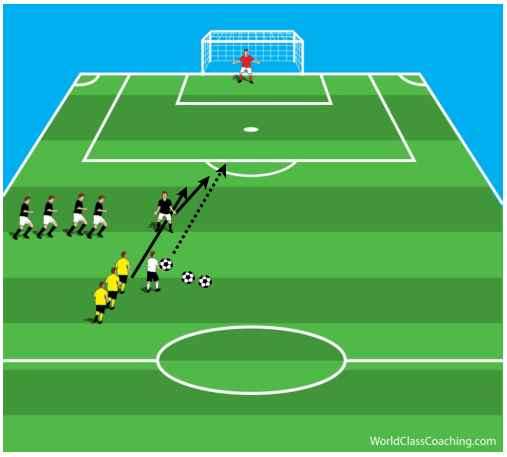 When the player gets to the ball he passes back to the keeper and the opponent can either chase after the pass (which makes it easy for the keeper to pass the ball out wide) or can stay with the player (which most likely will result in the keeper clearing the ball long). 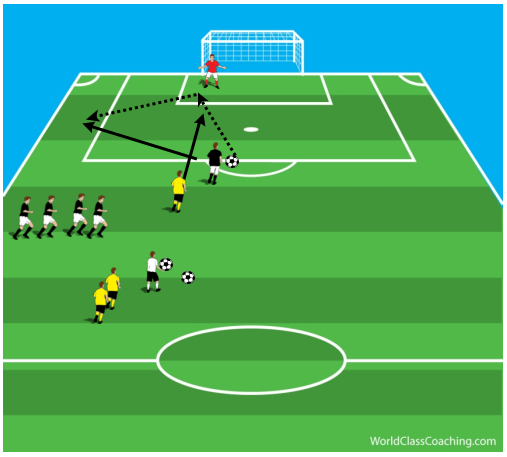 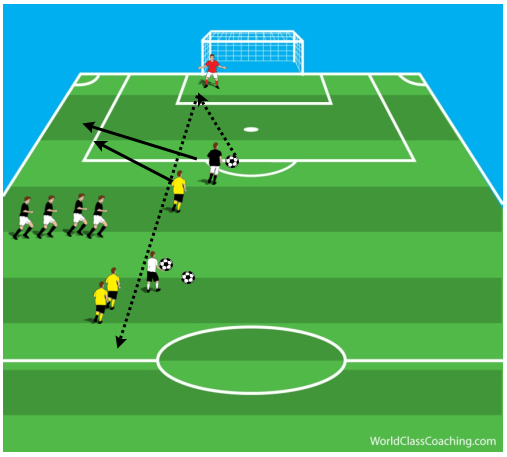 If you want you can add other variables (more players for each team) but the key is to emphasize recreating potential game situations so the field players, and keeper, are prepared in these situations when it really matters.