A player starts in between 2 cones that are 6 yards apart. There is a server, with a ball, 10 yards away. 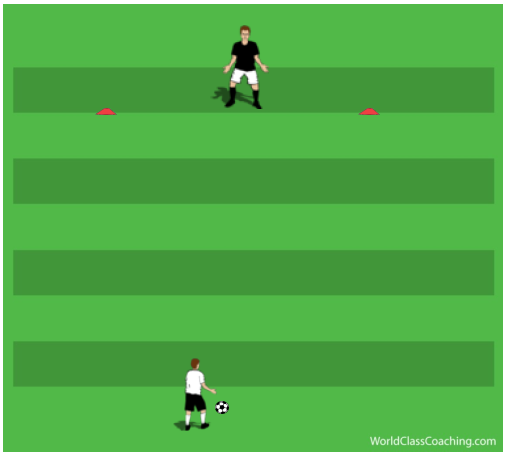 The server plays a ball on the ground, directly to the player. 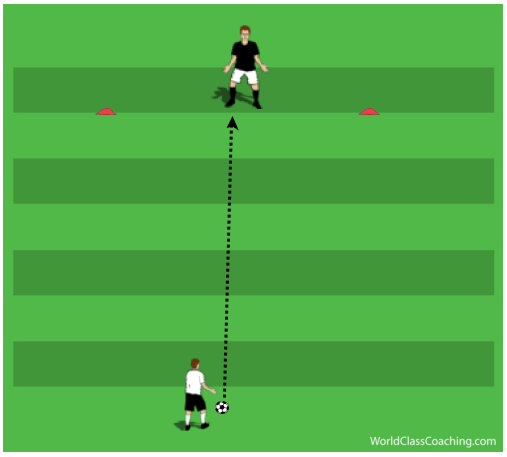 The receiving player takes a first touch to the side with the inside of the foot, and then passes the ball back as soon as the ball gets outside the cone. 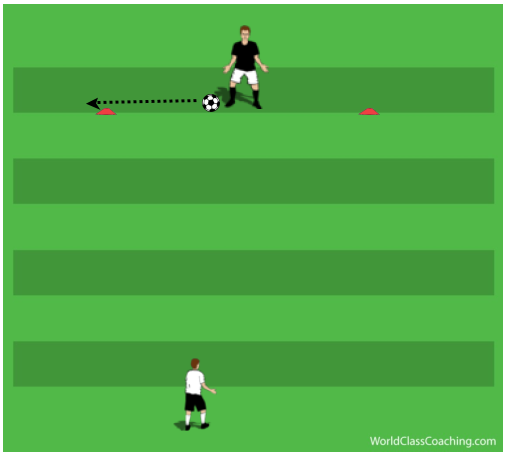 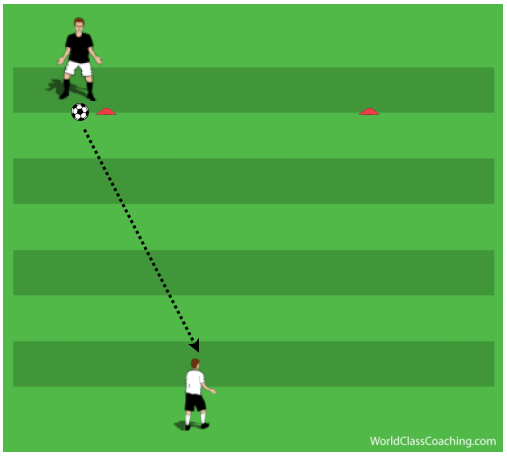 The player quickly returns to the middle and then does the same thing in the other direction. 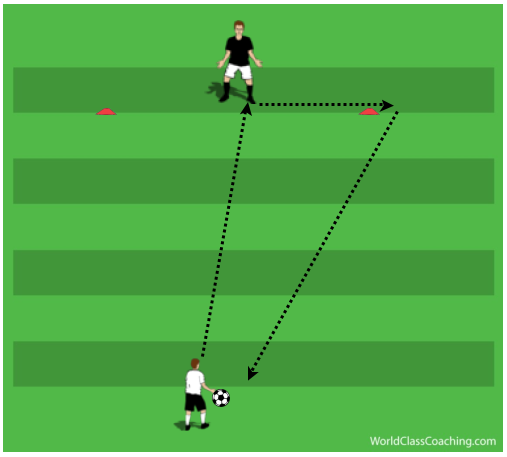 This is done for a one minute period.

Next do the same thing but this time the first touch as to be with the outside of the foot.

Next do the same thing but this time the turn is from the front of the cone to the back so it makes a full 180. 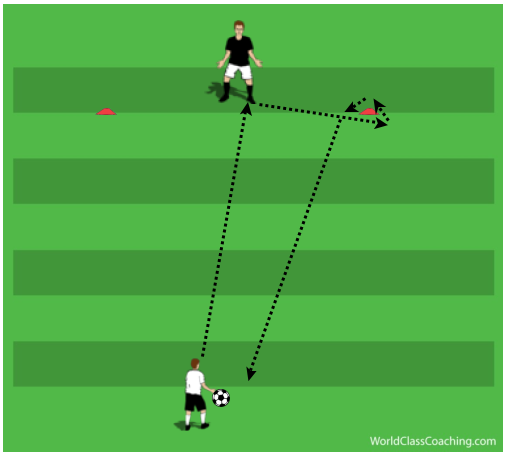 Next do the same thing but this time the first touch takes the player beyond the cone with the outside of the foot and then with the inside of the same foot he cuts the ball back inside the cone and then passes back. 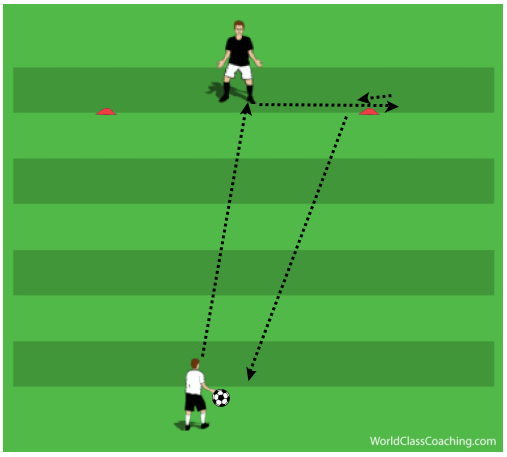 Do each of these activities for one minute at full speed and then rest for a minute.

There are many other options but this gives you a good idea of various ways to work on the first touch, quick turns and quick touches.