This game involves a 1v2 situation with a recovering player from behind that creates a transition based scenario. It also challenges the attacker to make a decision to counter attack quickly before opposition gets organised. From the conditioning perspective, the practice is based around developing capacity to produce high intensity actions with the same frequency over longer period of time which is especially useful towards the end of the game.

Set up a pitch of approximately 30 x 40 yards. Place two goals, one on each end. Set up a 5 x 5 yards square in the centre of the pitch. Organise two goalkeepers. Divide the team into two groups – attackers and defenders. Organise one attacker without the ball in the middle square and rest of them with one ball each outside the pitch as shown on the diagram. Defenders starting positions are on the cones positioned 10 yards from the middle square in the direction of the goals. 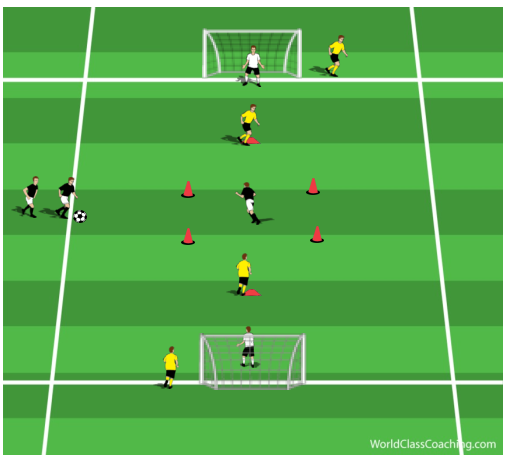 The game starts with the ball being played to the attacker positioned in the middle square. The pass should be accurate and well timed. 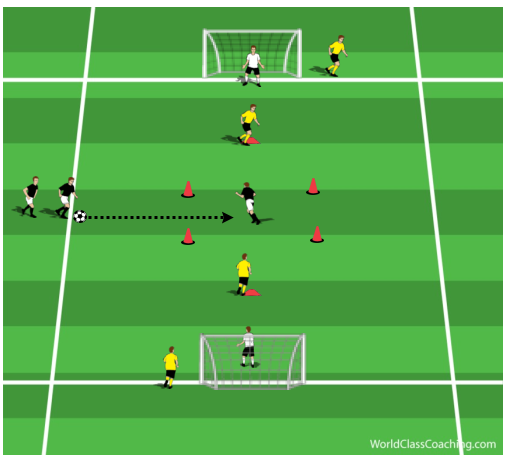 Attacker makes a choice of which side to attack and takes appropriate touch to that decision. Both defenders try to defend the goal. One of them from the front, second one recovering from the back. Attack can last maximum 5 seconds. 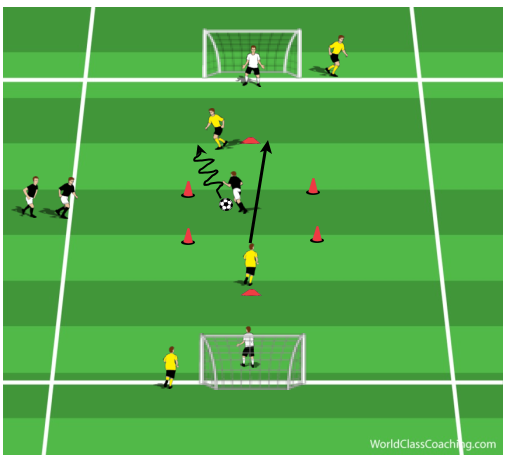 The challenge for the attacker is to make an attack as quickly as possible, before the opposition defender recovers back into organised position. Defenders rotate in twos. The player that played the ball at the beginning, becomes attacker. Attackers and defenders change their roles later on. 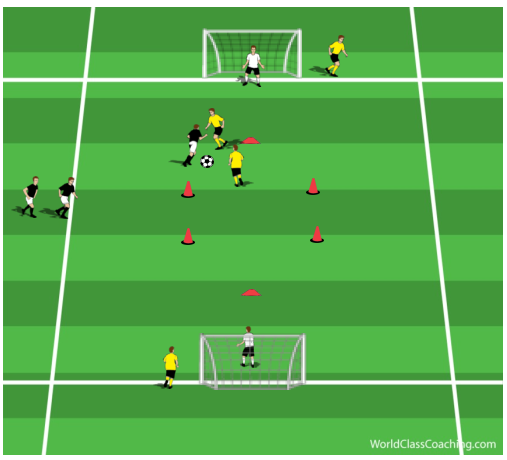 The practice should last 2-3 minutes and be repeated 2-4 times with up to 4 minutes rest in between. This sequence should be repeated one more time after the change of roles (attackers with defenders).