Next few sessions will focus on players combining, playing 1-2’s to create and maintain possession.

Working on angles of support, body shape, timing of movement and playing the ball in front of the player combining. 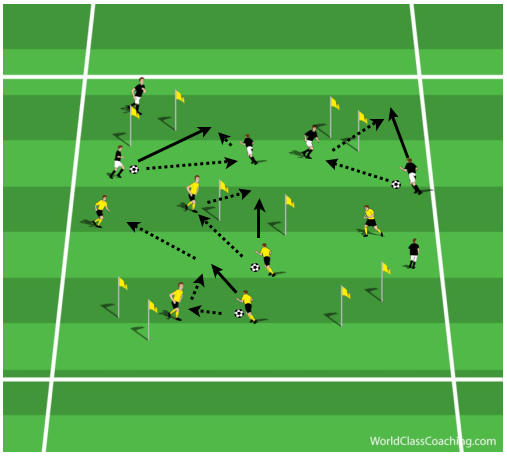 This session focuses on combining round people, where, when and how. 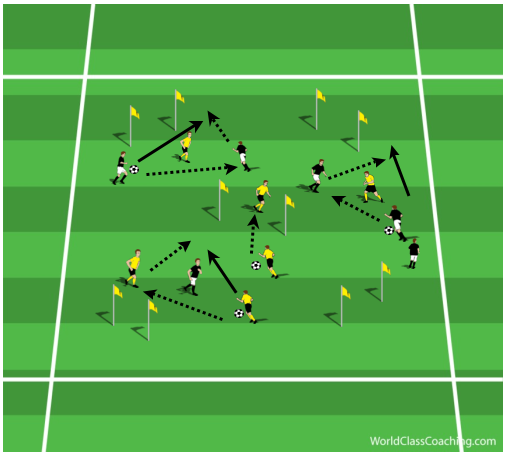 The next progression to is now take this into a competitive possession based game. 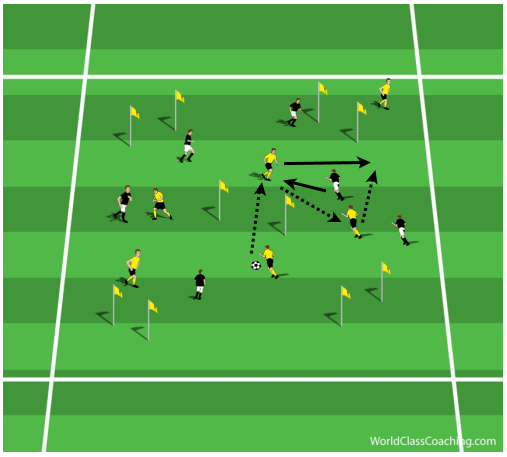