Start with a 30 x 30 grid with 3 groups of 4’s.  The size of the grid and the number of people in the groups can vary based on availability, ability and need.  Three players start with a ball. 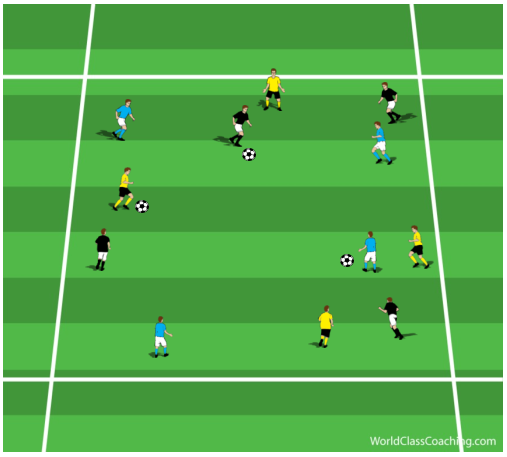 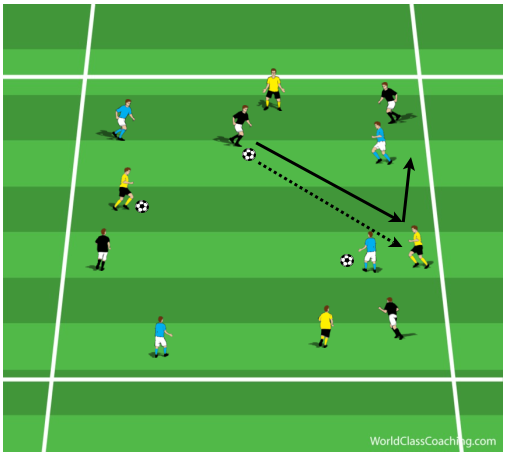 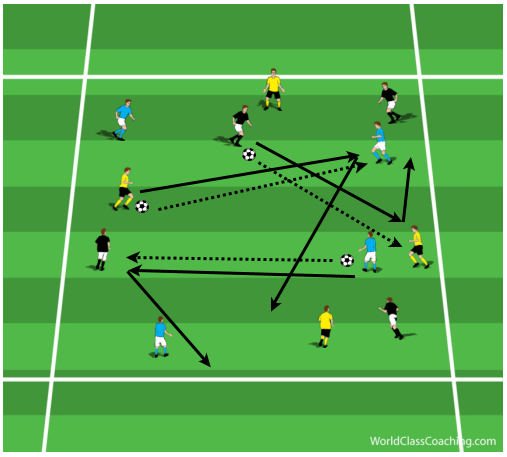 This activity quickly becomes quite hectic as players are either passing, receiving, running at someone or making themselves available for the next pass.

You can alter this activity by adding more balls, or by limiting touches (all passes are one touch or two touches).

Personally, I like this activity because it has a lot of movement, communication and thinking while the players just think they are passing and receiving.

Attacking in Numbers Up Situations

Passing, Receiving, Quick Turns and Movement Off the Ball

Distribution with the Feet