Identifying and Using Space with the Ball

The focus of this session is to encourage players to identify and use space when in possession of the ball.

Ball work with the players before a possession and can be used within a warm-up. Looking for the player in possession to recognize and exploit the free space (gates). When, where and how. 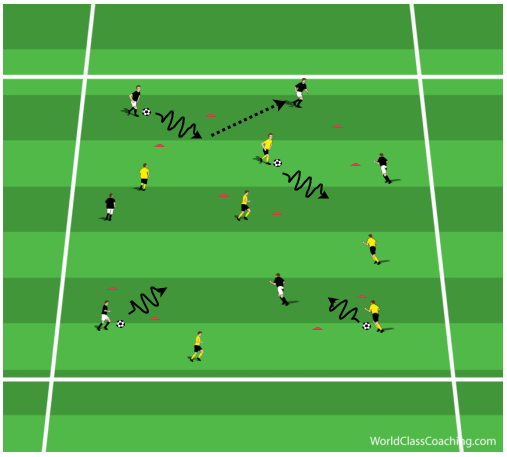 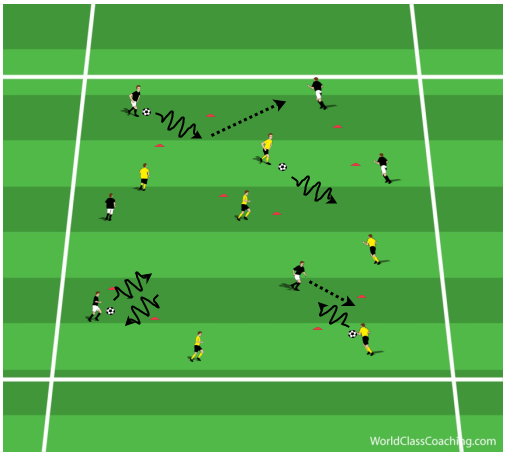 The next progression is to take this into possession game. Within the game the objective is for a player to score by traveling through a gate. With the player in possession recognizing and using the free space (the gate) to travel through 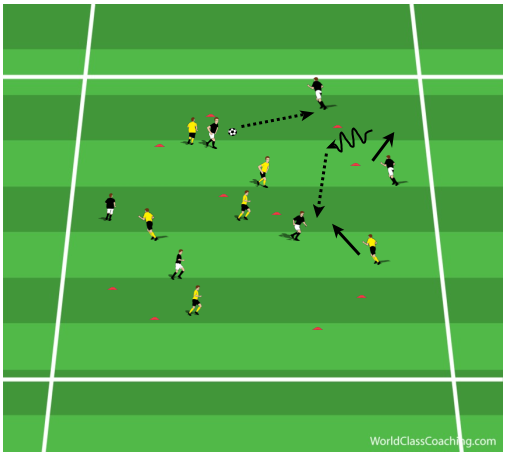