How to Create a Season Session Plan

Question - What is the best way to create your season plan (entire season or more importantly for example just the fall season or just spring) and how do you ensure you hit the proper topics for the proper period of time. What has worked well for you and allowed your players to progress effectively. I have modified my process over the years but would love to get some other opinions?

First of all, I would divide the creation of a season plan as if it had to be made for a youth team or for a first adult team; which are the objectives then?

Talking about youth teams, the first objective should be always to develop the players through the training sessions and the results of the matches should be consequences, but they shouldn't be considered too much in planning the further sessions. On the other side, if a good read of the match is very important to understand where the team comes from and where it's going.

If the planning of the training session are created for a first adult team and if to win the matches is always the first objective is to win matches, then the creation of a full or half season plan is difficult by my side; training sessions depend on prior results, prior performances of the players, future opponents and performances, the very next one and how it is playing, injuries (brief or long timing), actual system of play which are the objectives for the team at the beginning of the season and how they are developing through it. There is a famous interview to Mr Paco Seirul-lo, a former athletic trainer of FC Barcelona, in which he says: "The training of season physical performance of a player can't exist; you just prepare the team for the first match of the season, then to the second and so on till the end of the season.

This a basic yearly basic progression that could be used for a 12/16 years old youth team, taking into consideration that it's possible to organize a one or two weeks of double training before the season and then three training session each week and that can be adapted to the quality and number of players of the team.

A couple of training sessions before the planning: 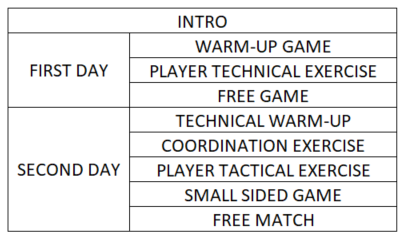 The first week is made of double sessions (morning and afternoon): 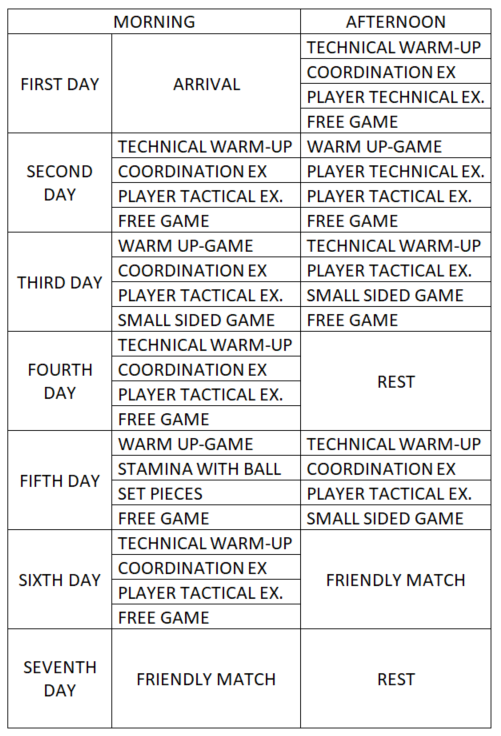 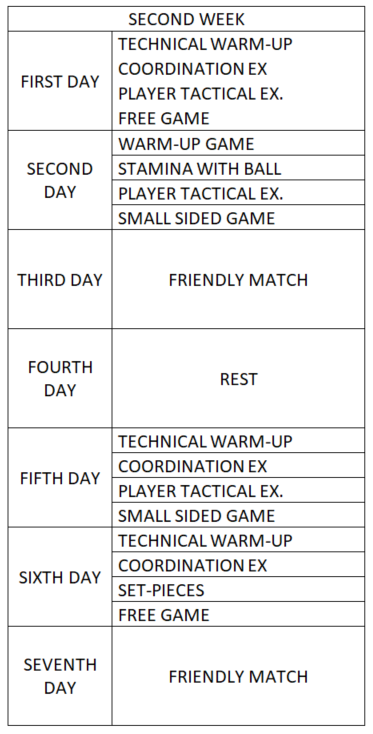 And here's an idea of weekly training sessions during the season:

From Rondos to Real Games - Part One