The ‘Hit the Ball’ 1v1 Game is aimed at improving explosiveness and speed with the ball in a 1v1 competitive scenario. That will help the players to dominate duels against the defenders, improving the quality of ball control on the speed and under pressure. The organisation of the exercise, however, is not only focused on the dribbling content but also contains a passing element what makes it more competitive and match realistic.

Organise a 15x25 yards area with four cones, 5 yards apart, on each side. Place a ball on each of the end line cones. In 5 yards into the middle of the area, place another 4 cones in the same line as the end line cones. Divide the players into pairs. One player starts with the ball on one side of the middle area, while his partner positions himself on the opposite side of the central area. 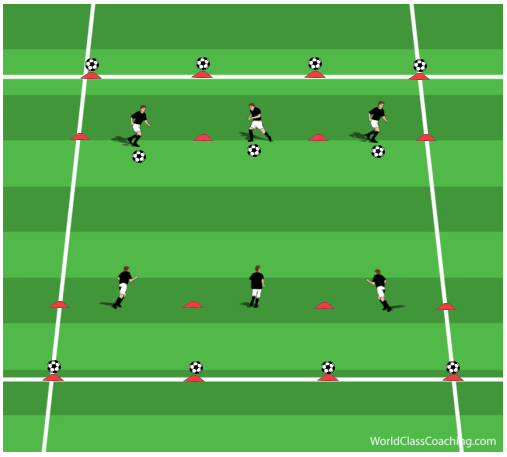 The game starts with a player in possession of the ball passing it into his partner. The quality of pass should allow the receiver to control the ball forwards. 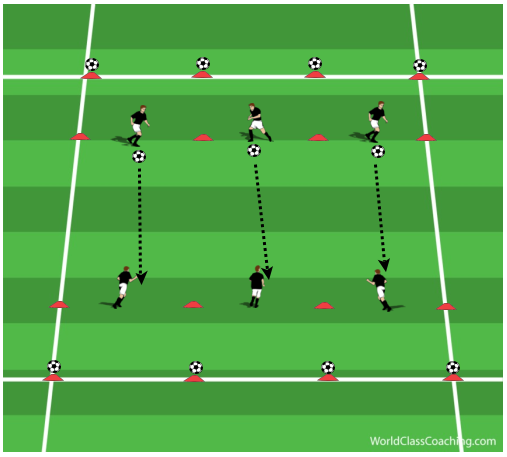 Each of the pair plays a 1v1 duel. The attacking player (whoever is in possession) tries to dribble past the first line of the cones. 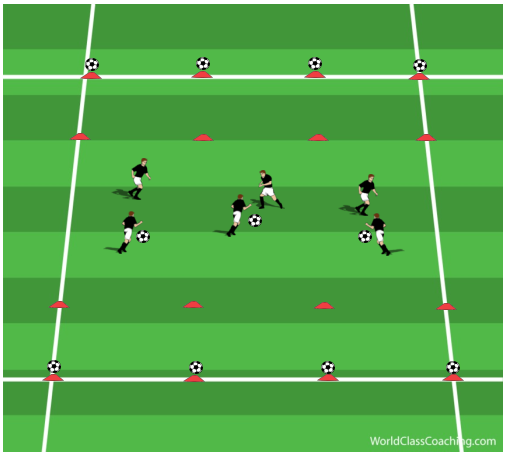 After the player gets past the first line, his aim is to strike the ball into one of the balls positioned on the cones. The team that strikes all of the opposition’s balls, wins the game. 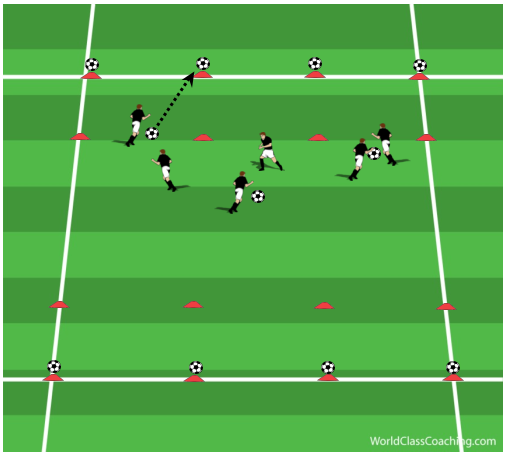 Each 1v1 round should be continued up to 10 seconds and be repeated 4-6 times in 1-2 series. The rest between repetitions should be a max. of 1 minute (time to reset) and between series – 4 minutes.