The practice is focused on dribbling and running with the ball skills, connected with physical content of the ‘power to recover’ ability. This game is especially attractive for players in the younger age groups, however, it can be used effectively even with senior players. Engaging practice design helps players to have fun, while working on conditioning.

Set up and directions
Organize four squares of 2x2 m., 15-20 m. apart. Divide players into four groups. Each group should have 3 balls and occupy one square. For younger players, treat each square as a stadium, letting players to choose the name for it (ex. Old Trafford). 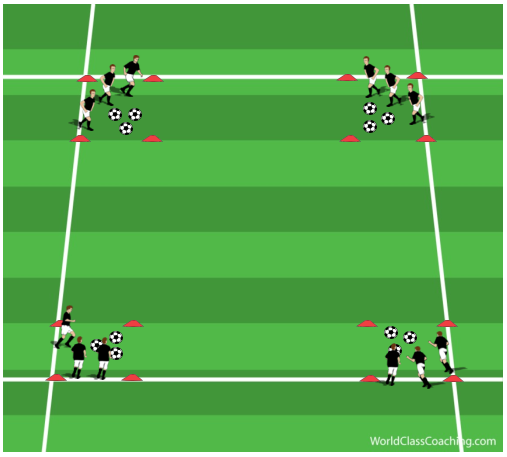 The aim of each group is to collect as many balls to their ‘stadium’ as possible. The game starts on the coach’s signal. As shown on the diagram below, players can run into other squares to collect balls. 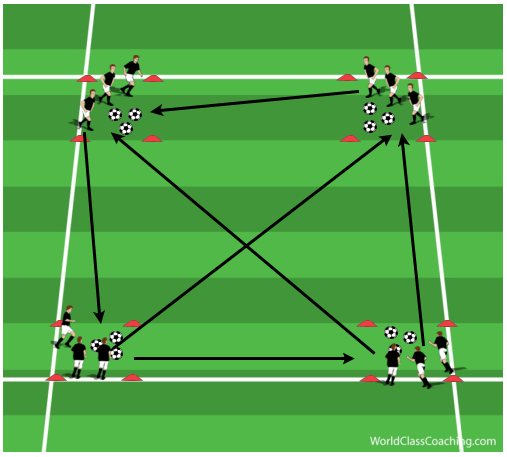 Players can only dribble the ball back to their square. Passing the ball or tackling other players is not allowed. Make it clear to all players that they can’t protect the ball in any way. 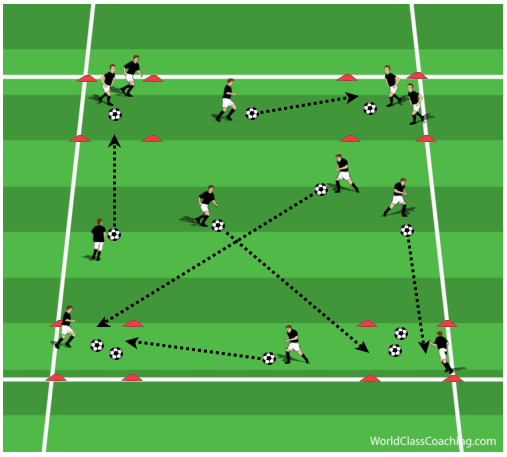 As a progression, include another square in the middle with defending players. They are the only players who are allowed to tackle. Once they got the ball into their square, it can’t be taken out of it. Count how many balls the groups have after each round. The number of balls = the number of points. 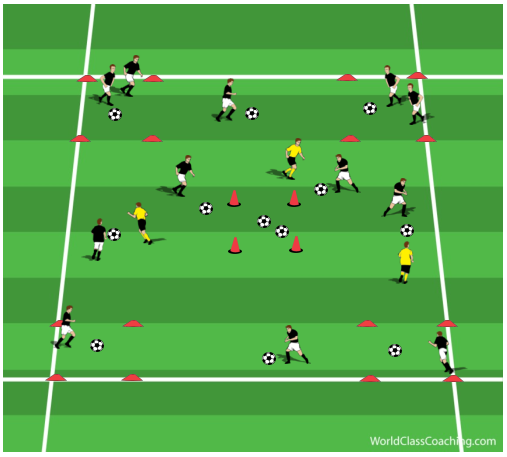