Passing and support exercise ‘Find a friend’ is an excellent method to develop aerobic power and capacity in a fun and engaging scenario. The main focus of the practice is to help players in developing an ability to sustain large volumes of physical effort due to faster recovery capacity. From the technical perspective, the presented game has various returns including: passing, receiving, support, creating space and movement. It is also highly adaptable to all abilities levels, numbers and age groups.

Set-Up and Directions
Organise a 25x25 yards box with four small boxes of 4x4 yards, one in each of the corners. Set one neutral player in each of the boxes, and divide the rest of the group into pairs. Two pairs are attackers and have one ball per two players. Minimum one pair is defending. Area size and number of players can be adjusted. 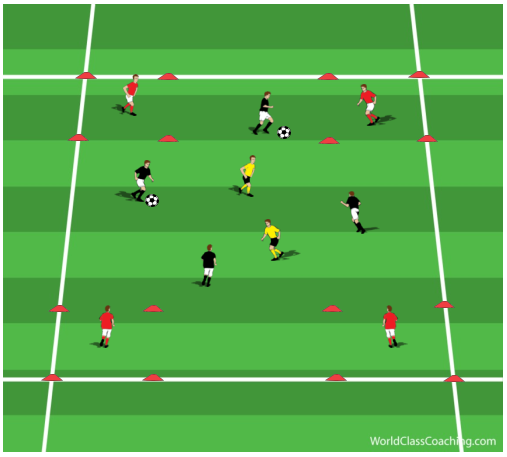 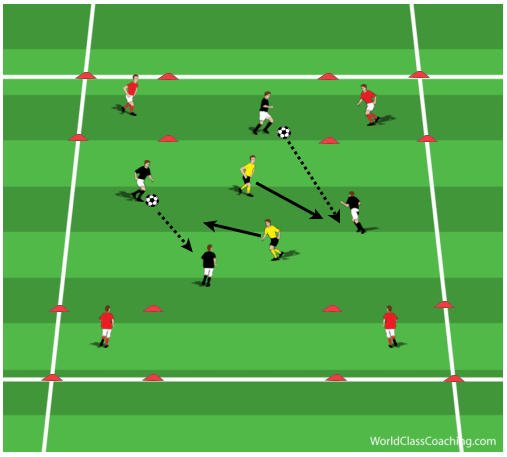 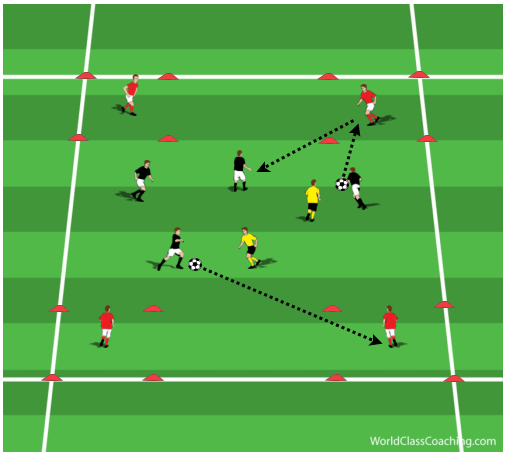 The player that has passed the ball outside, cannot receive it again from the neutral player (his partner has to adjust the position to receive). Defender cannot pressurize the players in the neutral boxes. 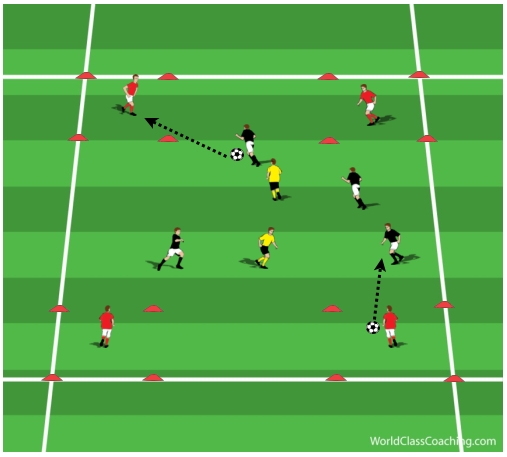 Timing
Each round should last 1-3 minutes and be repeated 6-10 times in 2 series. There should be 1 minute break between repetitions (coaching & counting points) and 4 minutes between series.

Number Up and Number Down Game