The following practice is aimed at developing an ability to sustain the amount of sprints and high intensity actions throughout the whole game. This physical component is linked into technical content of passing, one-two’s and receiving. The practice can be adapted to suit different numbers as well as physical focus. More players involved, as well as smaller area will mean longer resting periods. Also different passing combinations can be used to increase variety.

Organise a square of approximately 5x5 yards. Set four players outside the square, one on each side, and one player in the middle of the square, with the ball. Area size and number of players can be adapted to suit different physical focus. 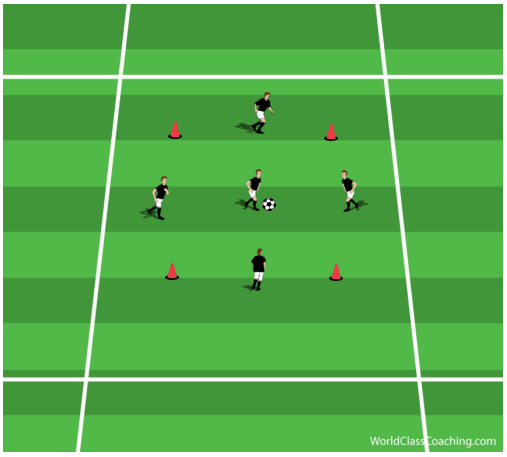 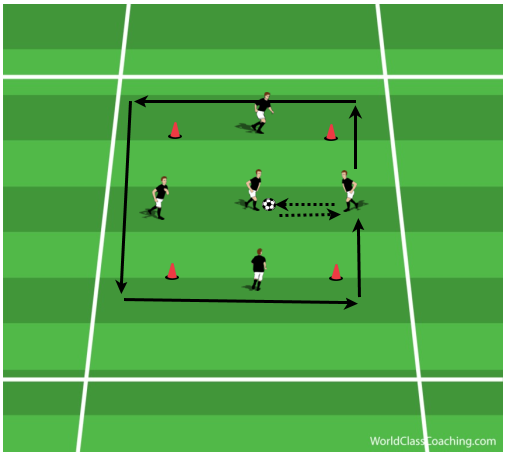 The inside player at the same time passes the ball to the next outside player (anticlockwise/clockwise), who after playing back has the same aim – sprint around the square and come back. 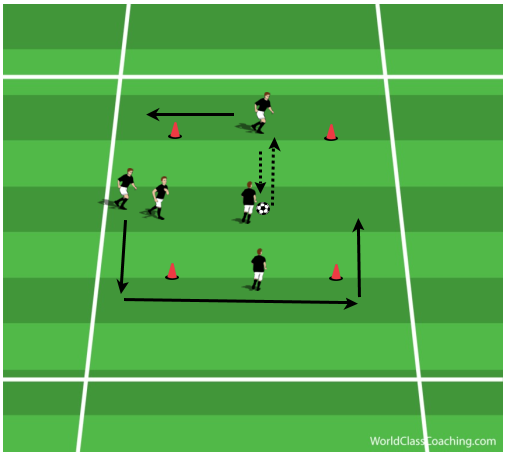 It is crucial to be able to adapt the area size in case the rest period is too short or too long. Four passes between inside and outside player can be used in order to increase resting time. Inside player should be rotated after set period of time. 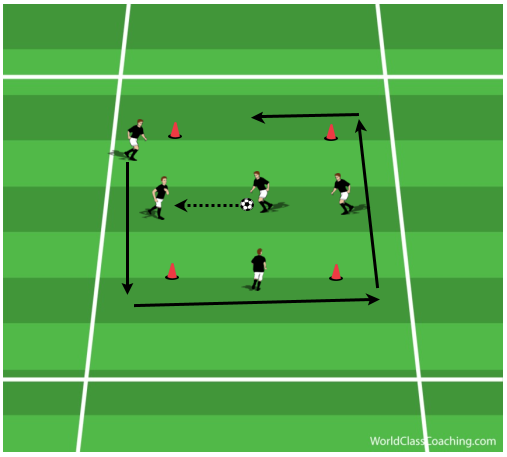 Each player should make 6-10 sprints in 2-4 series. The rest between repetitions is only up to 10 seconds and between series - 4 minutes.

Movement to Manipulate Man Marking in the Midfield

Patterns of Movements on the Wing

Attacking Activities from the Midfield

Relating Diamond Drills to the Game