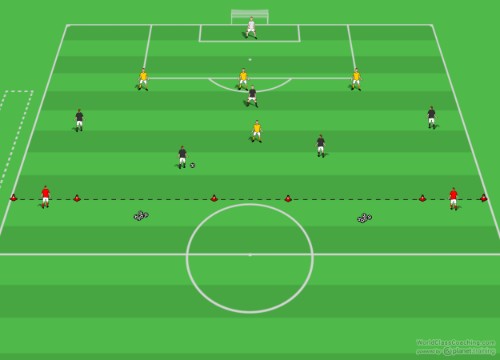 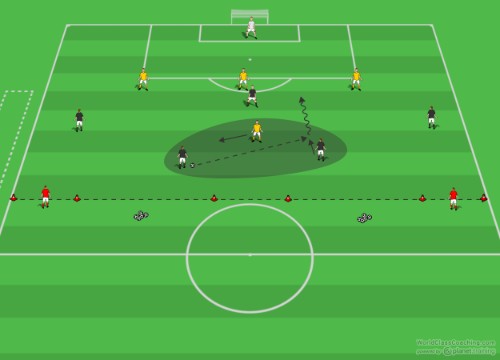 When the midfielder gets close to the penalty area the central defender has to make a decision. The striker moves away from the ball and (1) if the defender comes across to stop the forward momentum of the midfielder, this opens up the pass for the striker. 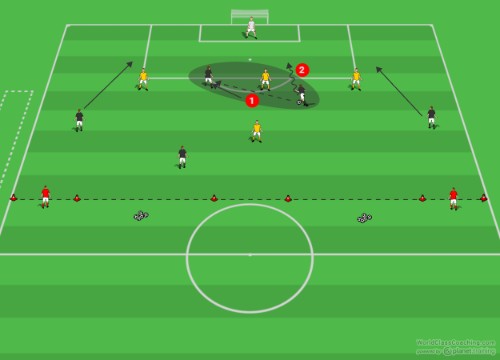 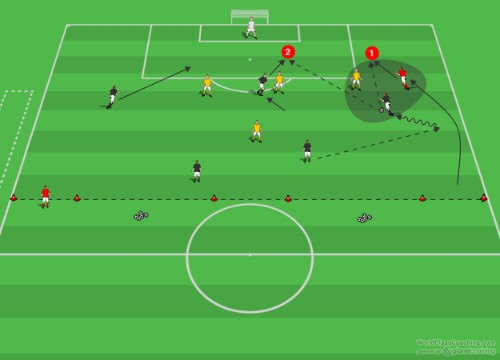 If the defense wins possession they look to dribble through an empty gate or pass to a neutral behind a gate to score.