The exercise is focused on improving explosive power in 1v1 situations. This fitness component is responsible for better quality of speed and strength in football actions. Therefore, development of explosive power can help in winning running duels, dribbling and 1v1 scenario.

Organise an area of 20x30 m. with goals placed on each end and marked with cones. Divide a team into two groups of 4 (one goalkeeper per group). Make sure the are min. 4 balls in each goal. The exercise starts with a goalkeeper playing the ball into one of the players from his team. Each 1v1 game lasts up to 6 seconds or to the first goal scored. 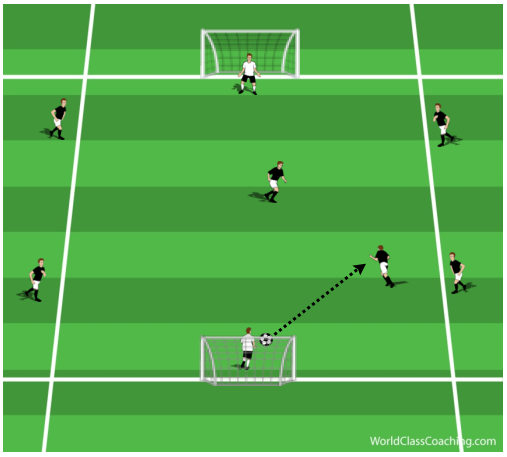 As we can see on the diagram below, the game will often require a player in possession to beat an opponent before the goal can be scored. 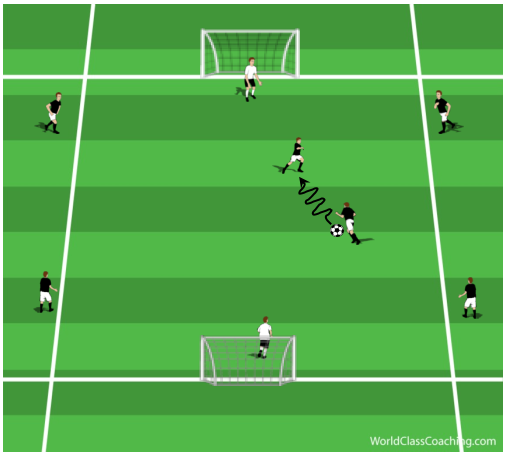 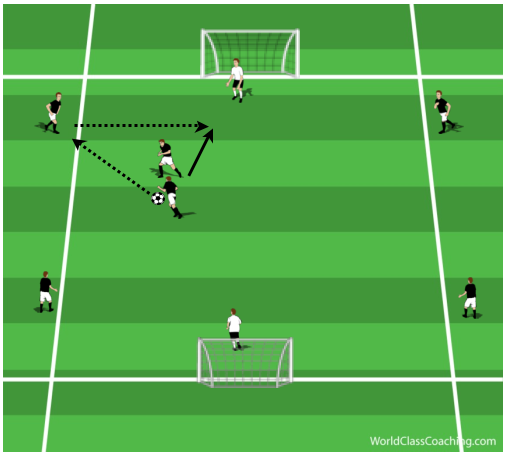 If the goal is not scored, or opposition gains possession, the game continues for max. of 6 seconds. After that, another two players get inside the area and play 1v1. This can be regulated by numbers (players from each team have numbers 1-3), goalkeeper’s decision (plays the ball to the outside player from his team and defender becomes the opposite player) or turns (each player takes turns to be attacker or defender). 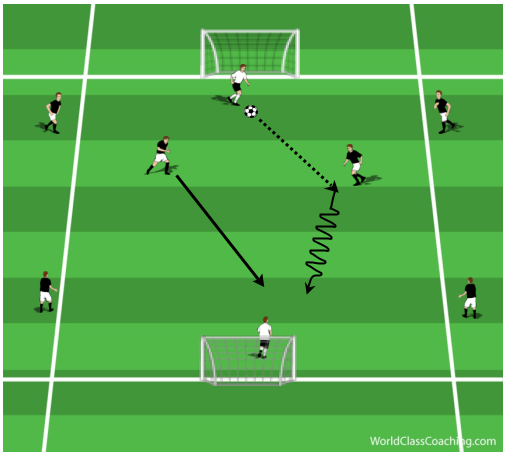 Single 1v1 game should continue no longer than 6 seconds. Rest between each repetition should last 1 min. (If the are 8-10 players outside, work to rest ratio will be managed by exercise organisation). Each player should work 1-2 sets of 4-6 repetitions with 4 min. rest between each set.