The exercise is based on competitive and engaging dribbling game which is used to develop explosive speed. This physical component can be used to win running duels in the situations with and without the ball. Technical focus of this practice includes dribbling and ball control skills.

Set up and directions
Set up a square of 4x4 yards as shown on diagram below. Two players start opposite each other between the cones, one of which has the ball. The aim of the player with the ball is to run away from the second player. Both players can only stay outside the square and move in the same direction (clockwise/anticlockwise). 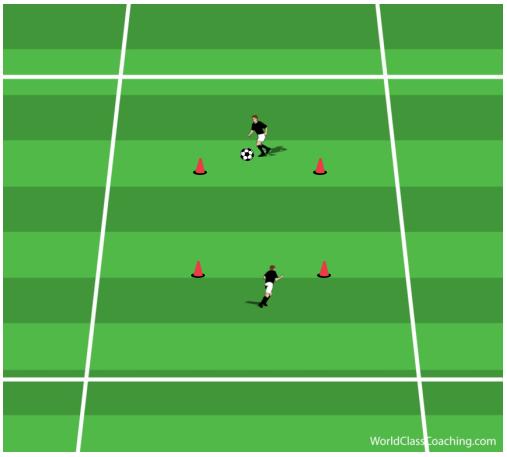 As we can see on the diagram below, the aim of the player without the ball is to tag a player dribbling around the square. As a progression, player with the ball can change direction one time in a single round. 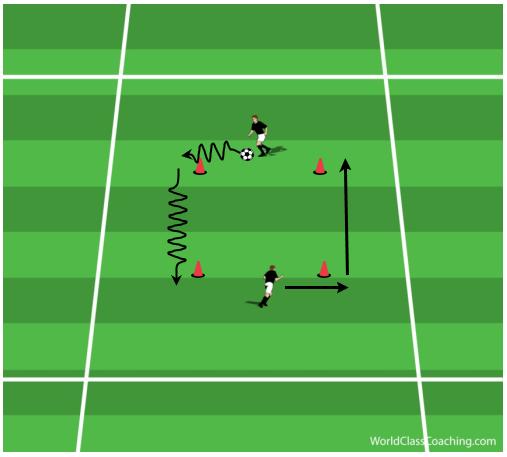 If the player without the ball manages to catch the second player, he scores one point and the roles change. Each player counts his points to increase competitiveness. Player with the most points at the end of the practice wins the game. 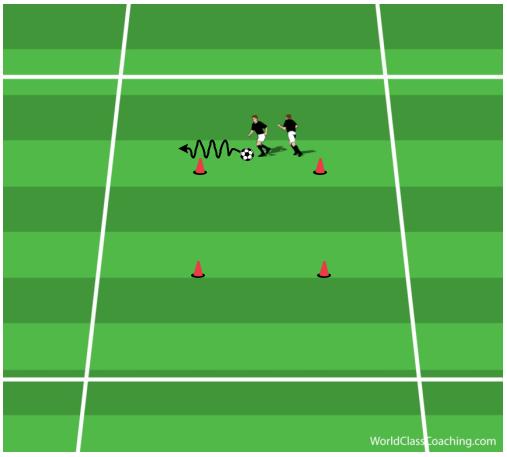 Basing on the same concept, the practice can be also done in the triangle shape which will change the type of movement (degrees when changing direction) players perform. Because of that, also starting positions will be different (see diagram below). 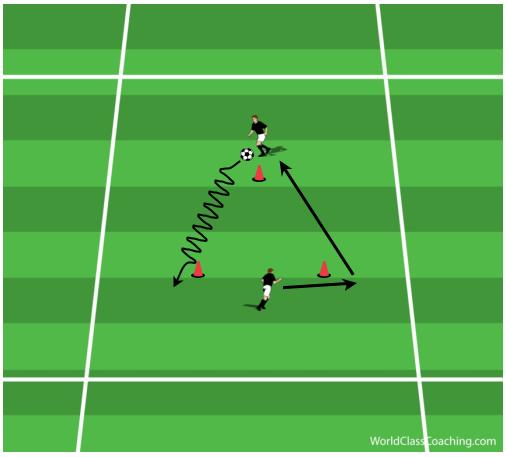 Another variation to increase difficulty can be adding a second ball to the game. In this progression, aim remains the same, but now each player has the ball. 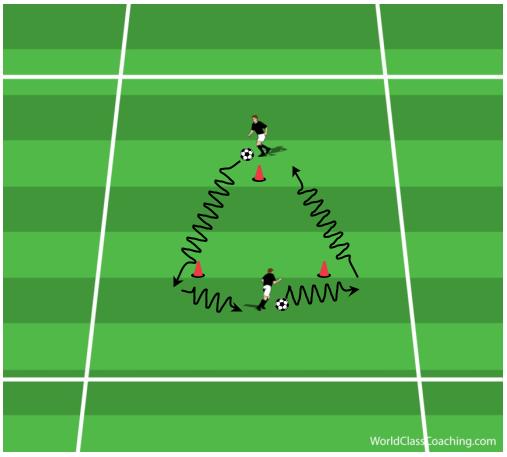 Timing
Single round should be repeated 4-6 times and last 6 seconds (or until the dribbling player is caught). Between each round players should have 1 minute rest (active recovery – juggling, ball manipulation etc.). The exercise includes 1-2 series with 4 minutes rest in between. Players must be encouraged to work on 100% intensity (>180 bpm).