This game is developed to improve players’ aerobic power, an ability which serves as a fundament of other conditioning components as well as aids player’s ability to recover quickly and efficiently improving recovery capacity. From the technical point of view, it focuses on dribbling and decision making when to dribble and when to pass depending on the situation. It is not only challenging physically but also cognitively and psychologically as players as restricted in their actions and challenged to play in a certain way. It can be implemented and adapted for all ability levels but it serves the best for medium and advanced players.

Organise a 25x35 yards pitch with two goals positioned on the opposite ends. Divide the area into three zones of approximately 25x12 yards as shown on the diagram below. Set one goalkeeper in each goal. Organise the group into two teams of four players. Size of the area can be adapted to suit bigger or smaller number of players. 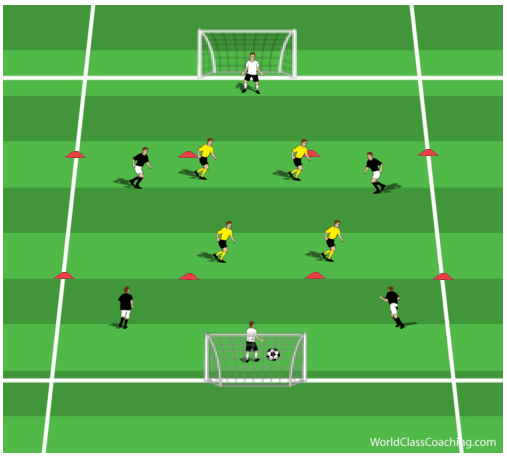 The game starts by one of the goalkeepers playing the ball out to the attacking team. The receiver has to be positioned in the zone by the goal from which the ball is played out. Rest of the players are free to position themselves across the pitch in relation to where the ball is. 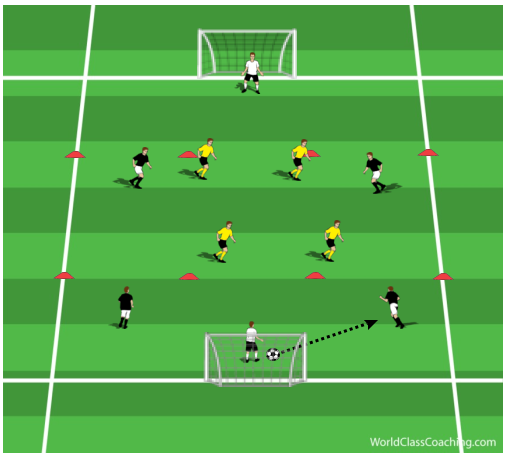 The main rule of the game is that the ball can’t be passed into the next zone. It can be only dribbled between the zones. Therefore, a player in possession can either pass the ball to his teammate within the same zone or dribble to the different zone. 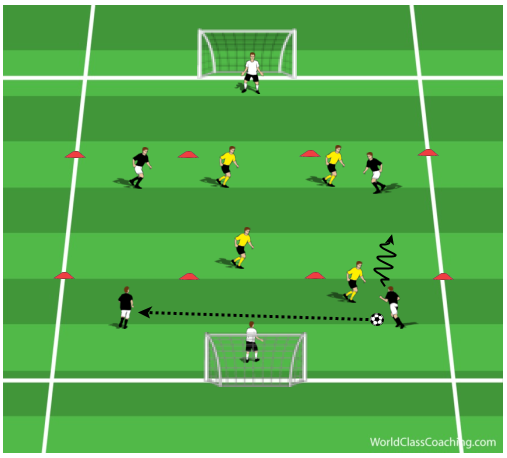 As it can be seen on the example below, a player in possession dribbles into the next zone to then combine play with somebody else. The player who receives the ball then dribbles into the final zone and tries to score. If the defending team wins possession, the same rules apply. 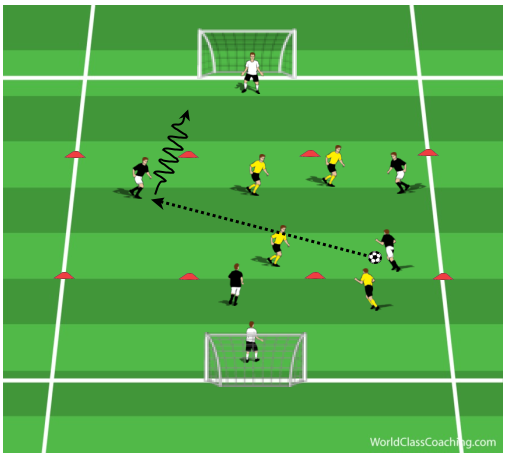 Timing
The game should be played 4-8 minutes and repeated 4-6 times with 2 minutes rest in between repetitions.