Description:
The Purpose of the Diagonal Transition Game is to develop, in a game like setting, player’s recognition of opportunities to play long diagonal balls on the counter to open up space on the opposite field for 1v1 situations of a striker against a outside back. 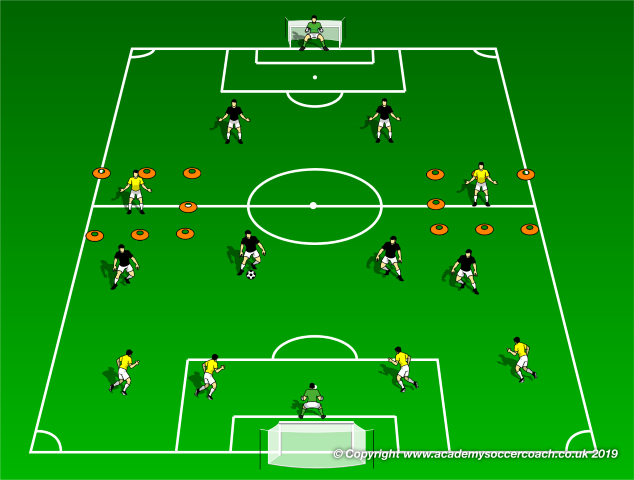 Execution:
The Attacking team goes towards goal attempting to score. If they score they maintain possession via a goalie throw to the halfway line. If the defending team wins the ball they are encouraged to play diagonal to one of the players in the "no fly grids" to spark counter attacks. 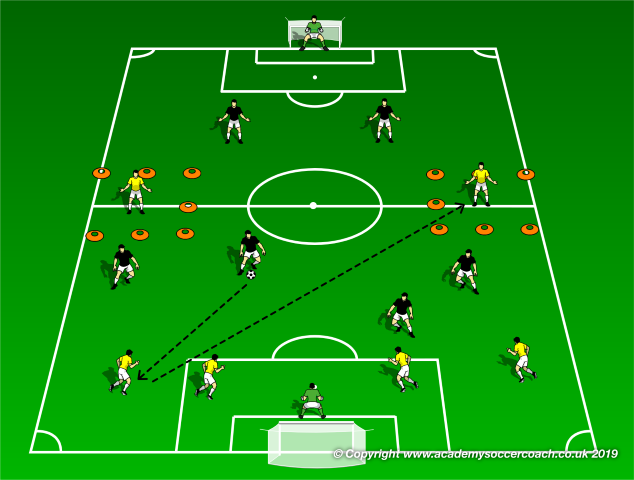 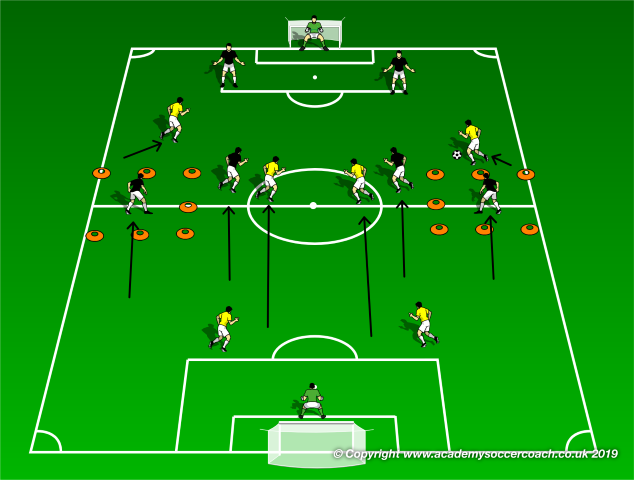 Variations:
Number of players, size of grids, and size of the field can all change.