Attacking through the wings requires many unique characteristics of players, including not only technical and tactical side, but also physical and mental aspects. Qualities, such as speed, flair, combination play, patience or simply crossing technique are essential. From the tactical perspective, utilising wide areas can be useful due to the change in the attacking angle, more spaces to exploit or an opportunity to cross the ball into penalty box. Having all of that in mind, it is also crucial to avoid utilising wings just for the sake of doing it. Wing play should be used as a tool when attacking centrally is not available or difficult to execute, remembering that breaking through the centre is a priority.

Even before the ball is played out wide, it is important to open up spaces and get into starting positions enabling to attacking through the wings effectively. One way of doing it is to overload central areas of the pitch by the inside movements of wingers, strikers and central midfielders. That will enable the team to exchange a number of passes in the middle to drag the opposition towards the ball and therefore, give extra spaces for the players positioned on the wings. Another way of preparing the attack through the wings is quick switching play which opens up spaces on the opposite side of the pitch.

Full backs’ role on the opposition half has recently become more significant. In line with wingers they are one of the primary players involved in creating chances from the wide areas. When midfielders are in possession, full back’s starting position should be more central than it was believed in the past. Staying closer to midfielders, enables the full back to make not only an overlap but also underlap and forward run to support strikers.

When making an underlap or overlap, it is crucial to coach not only full backs and wingers but also central midfielders and strikers to make supporting movements and forward runs into the box as the ball progresses into the final third. One option is to create an overload on the wing utilising midfielder/striker. Second possibility is to isolate full back and winger in the wide area. That is an advantage when planned end product of the attack is a cross into the penalty box. 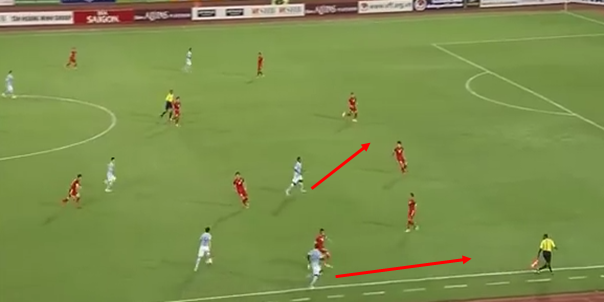 The most common position of the winger when attacking is out wide, almost by the side-line. That creates width in attack, giving extra seconds to receive the ball and spaces to dribble into. However, that is only possible if central midfielders and strikers are making appropriate runs away from the ball, stretching the opposition defensive shape and creating gaps between their units.

Another option to create space in wide areas is to make an in-out horizontal movement. Especially when the central defenders or midfielders are in possession, winger can move slightly into middle of the pitch and then as the ball is played to the full back, he can move wider and exploit these spaces.

The body position facing forwards when receiving as well as timing of the run is crucial (starting too early will enable the defender to close down). Again, the role of the strikers is now to drag the central defenders away from the full back on the ball side, creating spaces on his ‘weak side’.

As an alternative for the winger to receive the ball out wide, he can stay in the central areas of the pitch, what can be a trigger for a full back or striker to make an attacking run towards the wing. That also opens up opportunities to exploit an overload in the middle or switch play and attack through the opposite wing. 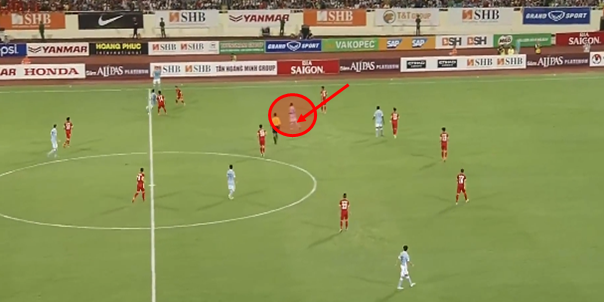 Primary role of the midfielders is to support the wide players in possession, create space for them as well as distribute the passes. Apart from that, their movements inside the penalty box to finish from crosses are vital to achieve an end product. However, what is often neglected are the movements of midfielder towards the wide areas interchange of positions with wingers.

These types of runs cause a problem for the opposition midfielder, who now has to decide whether to track the runner or pass it on to the central defender or full back, who have already two players to deal with (winger and full back). Delay in tracking the midfield runner can force a movement from the second defender of the opposition, leaving major gaps inside the penalty box.