The exercise is focused on maintaining and improving anaerobic endurance in a fun and engaging game. The organisation of the practice ensures players enjoy the work in a competitive scenario. This exercise is relevant for players of all ages and abilities.

Set up a square of approximately 30x30m. Divide the team into two groups of 5 players (numbers are flexible). Players from one team have one ball each. Place number of cones in the area. 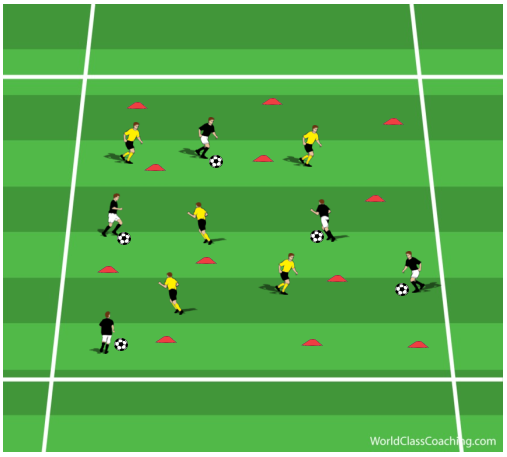 The aim of the team in possession is to knock down (put upside down) as many cones as possible. In order to do so, attacking player should have the ball under control. The defending team, in turn, tries to raise the cones immediately. The team that will have more cones knocked down/raised at the end of a given period of time, wins the game. 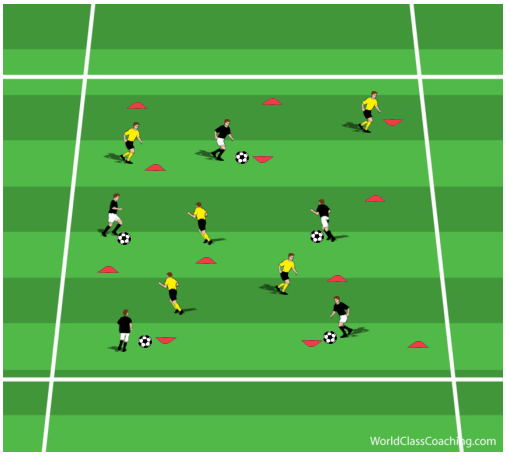 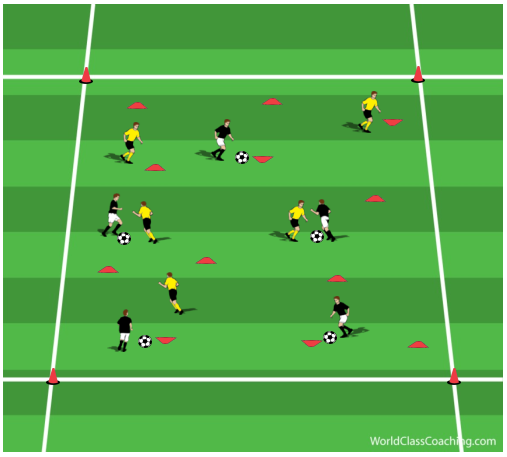