Start with a 40 x 30 area with a line of players on each end. There are two flags 20 yards aparts on the middle line and a player in front of each flag. The first player in each line has a ball. 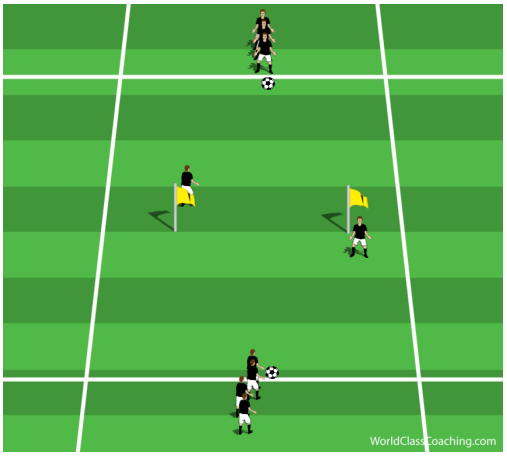 The flags represent a defender. The players in the middle check back and wide to receive the first pass. 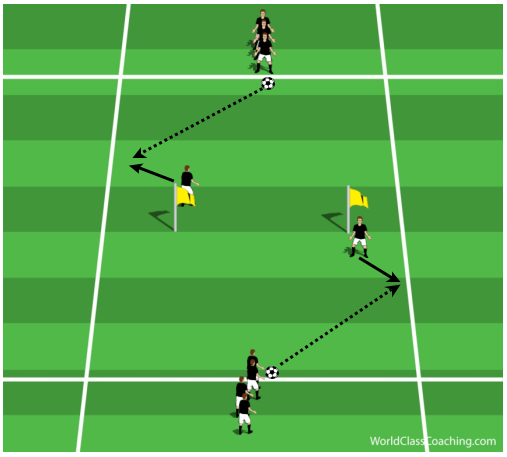 The players receiving the pass should turn quickly and dribble at the “defender” while the players who made the pass overlaps around them. 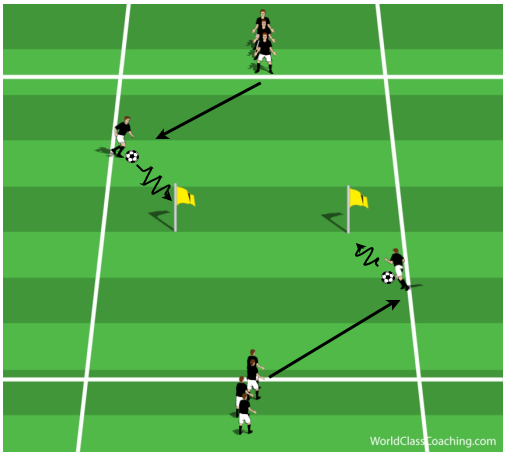 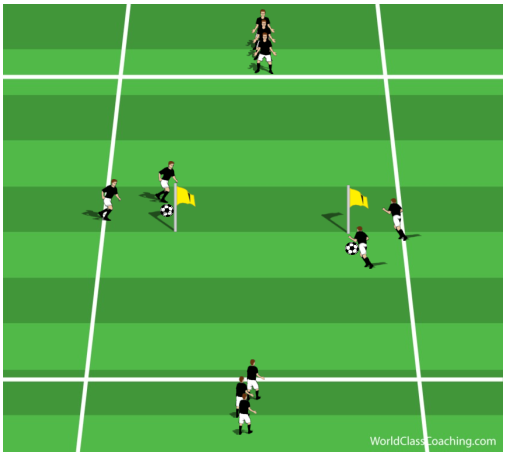 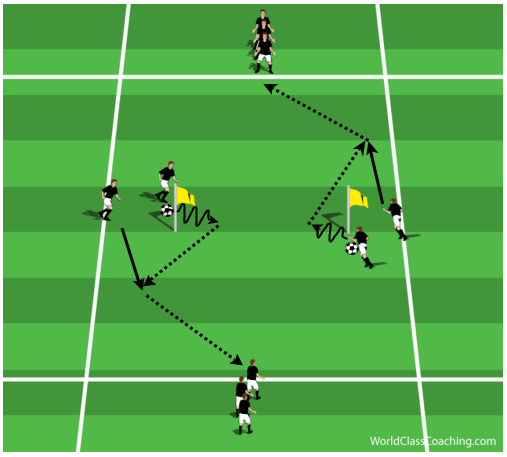 The next player in line then starts and does the same thing.

The keys to this activity is we are working on creating space with the initial checking run, getting a good turn and taking on the defender and then, by cutting inside the defender, creating space for the overlapping run on the outside.

Rotate the players in the middle so they get used to the proper movement and when things are going smoothly, replace the flags with read defenders (who start off with token defense and gradually make it more and more difficult).