This game has many outcomes in different aspects of the player development. From the physical point of view, it develops aerobic power, which ensures the recovery between high intensity actions is quick and efficient. Apart from that, it focuses on the transition phase from defence to attack and vice versa. In addition it contains many specific technical elements like long passing, receiving and finishing. It is especially suitable for 14+ players.

Cone off the area of approximately goal box width and 30-35 yards length. Place second goal on the end opposite the big goal. Divide the team into two groups of 6, place goalkeepers in goals. Four players from each team play inside the area (4v4 + GK’s), while two remaining players are positioned outside the area on the opposition’s half as shown on the diagram below. 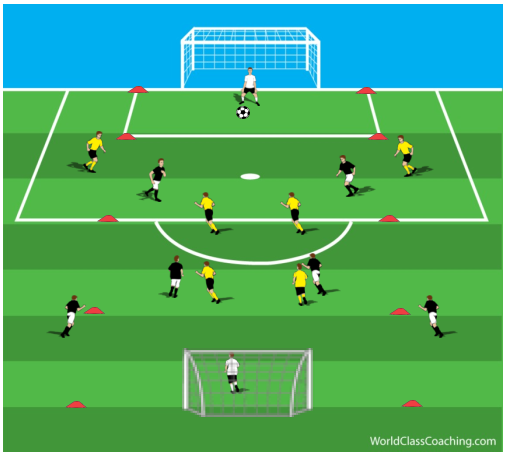 The game starts from the attacking team goalkeeper who plays the ball into teammates positioned inside the area (can’t use the outside players from GK’s possession). 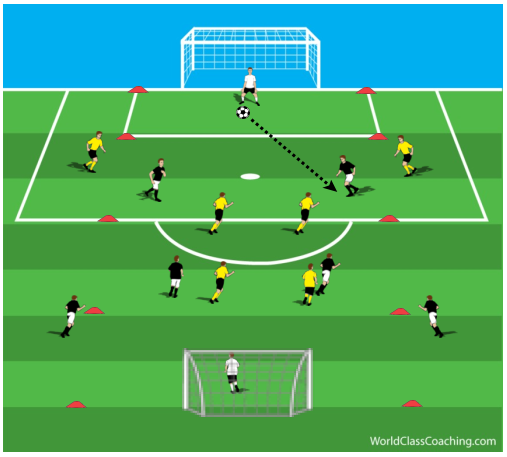 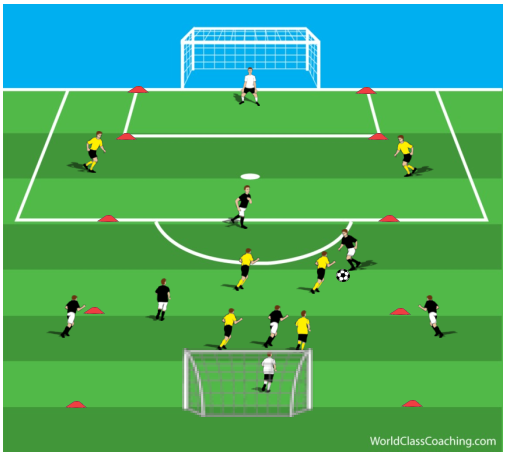 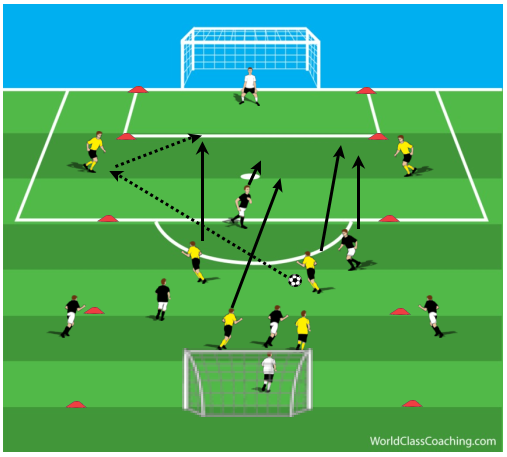 The game should be played in 3 minutes rounds and repeated 6-10 times in 2 series. The rest between repetitions (rounds) is 1-3 minutes and between series – 4 minutes.