The 4 v 4 + 3 transition game can be used as a tool to develop not only technical aspects but also tactical and physical ones. From the fitness perspective, it focuses on improving Anaerobic Endurance which is responsible for maintaining high quantity of actions throughout the whole match due to quicker recovery between high intensity efforts. In addition to that, from a tactical point of view, this exercise places high demands on players to make quick transitions from attack to defence and vice versa.

Set-Up and Directions
Organise an area of approximately 20x30 yards. Divide the team into two groups of 4 players and additional group of 3 neutrals. One team of 4 players stays outside the square, second group of 4 is defending inside the square, while 3 neutral players are positioned one on each end, and one in the middle as shown on the diagram below and play with whoever has the ball. 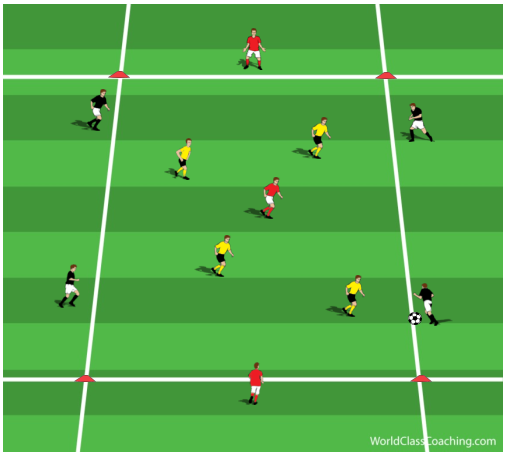 Team that has possession plus three neutral players tries to make ten passes in a row to score one point. Outside players should stay no further than the area boundaries (make sure they don’t take steps back to make the area larger). 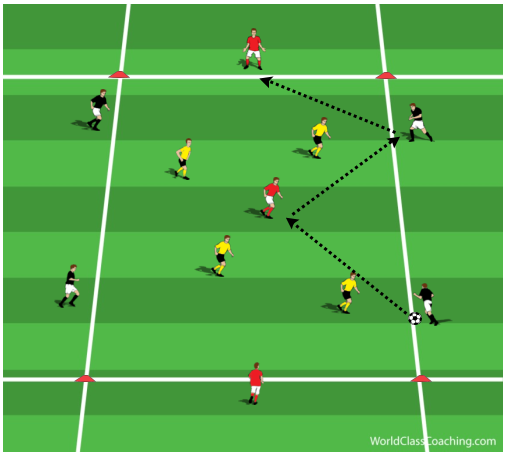 When the team in possession loses the ball, they change the roles with the defending team. First seconds after losing possession are crucial to prevent the opponents to get organised and move outside the square. 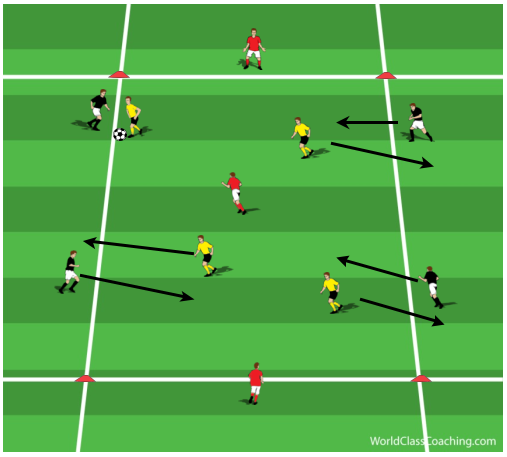 Timing
The exercise should last 1-3 minutes and be repeated 6-10 times in 2 series. Rest between repetitions should decrease from 3 to 1 minutes while rest between series should last 4 minutes.